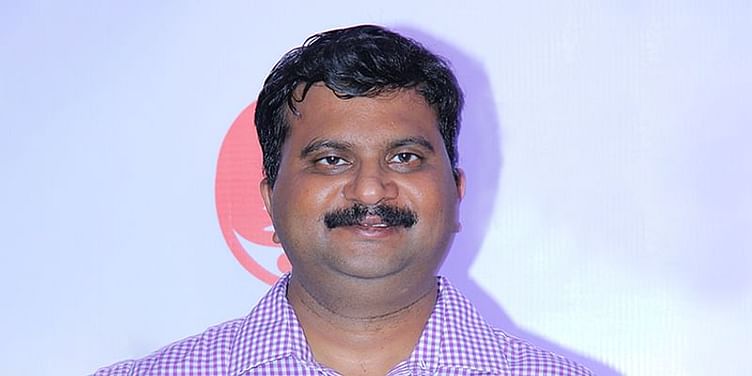 Hyderabad-based Enixta Innovations enables ecommerce businesses like Flipkart and brands like Samsung to listen to customers’ voices in multiple formats from across the web. The startup uses AI, NLP, and ML to convert customers’ voices into actionable insights.

When Giri Devanathan was shopping on ecommerce stores, it was taking him a long time to research products and make a purchase decision.

Realising this was a common problem, Giri thought of building a product to help customers make quicker and better purchase decisions. He built the alpha version of his first product, Buysmaart, during his stint with PayPal, having worked on it during non-business hours. Buysmaart was built to help online shoppers reduce their purchase decision cycles

The product earned the immediate approval of investors Madhu Kothapalli and Jagadeesh Rangisetty. In 2014, Giri incorporated ﻿Enixta Innovations Private Limited﻿ in Hyderabad and raised $100,000 seed funding from the investors, who promised to continue funding the venture for three years with a cap at $1.5 million.

However, Buysmaart did not get the traction that Giri felt it deserved. He then decided to leverage the actionable customer insights the product was generating and extend it to B2B as product offerings for ecommerce companies and brands. He named the ecommerce product as SmaartPulse and the brand offering, SmaartBrand.

“Ecommerce companies and brands were excited as the product had the potential to help them get deeper customer insights, which was crucial for their business. We developed pilot versions for several companies over two years. The biggest ones include ﻿Flipkart﻿, Samsung, and Mars, who built their global ecommerce platform incorporating our unique review engine,” Giri says.

Initially, Giri tried using open source tools to extract insights from unstructured data, but the output was not satisfying. The process of scraping data was nascent and Enixta did not get the desired insights from the consumer data.

“We also made fundamental mistakes during product development and had no particular SEO strategy. Once we realised these challenges, it took us two years of multiple iterations to solve these problems,” he says.

Building an AI and NLP-driven technology

Giri took the help of research and technology experts from top universities and companies, and also relied on advisors for both technology, core business, and people management inputs.

He ended up building a unique Artificial Intelligence (AI) and Natural Language Processing (NLP)-driven technology that can scale to product categories across numerous industries such as electronics, fashion, hospitality, dining, etc., and across various languages and multiple delivery formats such as image, video, audio, and text.

If implemented correctly, these technologies can have the potential to give Enixta tremendous scale with accuracy and effectiveness.

Enixta’s business model involves servicing over 200 product categories in three languages across delivery formats to generate actionable insights for ecommerce clients and brands. Giri believes that since AI drives Enixta’s platform, scaling is not a concern.

“We believe we can add a couple of categories per week and quickly accelerate to 10-20 categories a week in six months. Our technology is entirely homegrown and innovative. These are under patent application for their uniqueness and eventually can become the platform for the industry to find new applications.”

After signing Flipkart and Mars as the first two customers in December 2017 and January 2018, the startup reached $500,000 revenue by August 2018, claims Giri, adding that after signing Samsung in January 2019, Enixta hit $1 million revenue in November 2019.

However, the transition between running the company through investment money and the self-sustaining model was anything but easy. Enixta was almost bankrupt and had to fight hard to survive the period from May 2018 to September 2018.

“The entire team took no pay in that period. These were the times where I didn’t have enough to manage the household groceries. A few well-wishers supported us morally and financially to help us come out of that period,” Giri says.

With a total funding amount of $1.7 million, Enixta’s focus is currently on its B2B offerings - SmaartPulse and SmaartBrand. With its next round of funding, it plans to market and promote its B2C product Buysmaart, which Giri believes is yet to meet its full potential in the consumer market.

Giri names ﻿Bewgle﻿, Aspectiva, Shopalyst, and Revuze as Enixta’s competitors. But he says since these companies are only involved in customer reviews and social media, they are not direct competitors.

“Walmart bought Aspectiva, making it an in-house technology and not a competitor. Bewgle, Shopalyst, and Revuze are backed by strong industry leaders and VCs, which we don't currently have. Hence, they have a slight edge over us. But once we get our next series of funding, we can attempt to overtake them quickly,” he says.

Enixta is now playing in a growing market for NLP on the back of rising adoption of human-to-machine communications, big data, and enhanced algorithms.

Due to the COVID-19 pandemic and global market slowdown in the last few months, Enixta has pared down its opex to reduce fixed overheads relating to sales and marketing.

The first two months of the lockdown period were particularly bad for the startup. Its primary clients suspended their business and cut the cash inflows with no prior notice.

“Our bank balance was zero and our 12-member team took deferred pay and also an interim pay cut. But, post the lockdown, our business picked up. We were able to pay back all the dues to the employees,” Giri says, adding:

“We have now entered into strategic partnerships with select tech giants and resellers to help in our domestic and global outreach on a success-based participation model.”

The startup was awarded a grant worth $120,000 under Microsoft for Startups, an advanced Azure platform that allowed it to migrate from AWS to MS Azure.

Earlier in October, the startup was recognised as the winner in the NLP category of the AI Startup Pitchfest at RAISE 2020, a five-day virtual global AI summit organised by the Ministry of Electronics and IT.