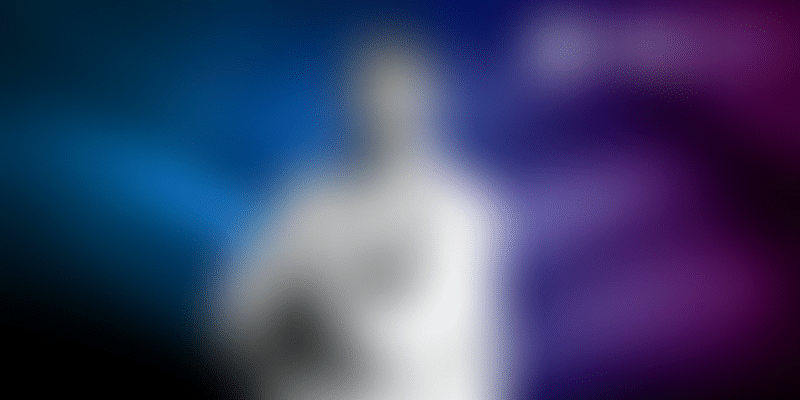 In this week’s Techie Tuesday, we feature Laks Srini, the Co-founder and CTO of San Francisco-based real estate tech startup ZeroDown. Prior to starting ZeroDown, Laks co-founded and was CTO of HR and payroll management startup Zenefits.

He may have two decades of experience and two startups under his belt, but Laks Srini still codes every day. Coding, which translates into being hands-on and working on something new each day, came naturally to him.

“There was no point at which I felt that I should pursue engineering or computer science. I found coding and programming fun,” he says.

He may not build everyday features for his real estate startup ZeroDown, but focuses on different aspects of the product to help it scale and grow.

Hailing from Chennai, Laks got all the encouragement he needed at a young age from his mother, a teacher, and father, a chartered accountant.

He started learning computer programming in Class 6, and found it “easy and fun”. Most of his middle and high school years were spent in his father’s office, working on old PCs.

“By Class 8, just before Windows 3.1 was launched, I and a few of my friends built an operating environment for DoS. In Class 12, I had built a program, Architect D, where we had blueprints of houses, and would drag and drop homes,” Laks recalls.

In 2000, his choice for higher studies was clear: computer science engineering. Amidst the dotcom bust, most people were wary of choosing computer science, but Laks went ahead. He joined PSG College of Technology in Coimbatore for an integrated five-year course, which would end in a master’s degree.

Laks’ five years at PSG were busy; there were numerous internships and multiple projects. “We learnt everything under the sun: from graphics and security to algorithms and data structure. I did some internship every summer,” he says.

In 2001, he interned for Covansys, a company that built and developed an automated system for extraction and helped in the transformation and loading of bulk information for an insurance client. In 2003, Laks interned at Intel in Bengaluru.

Here, he worked to turn all factory machinery manuals into something searchable. The tech giant was spending millions of dollars on parts, and it was tough to figure out the parts and their names.

He and a few other interns built an app that let you click on the part and order it. As part of the paperless factory initiative, they also developed smart e-manuals system, a paperless information management system proof-of-concept for factory floor troubleshooting.

“It was the time when Google Toolbar had just come out. We built a search toolbar for the e-manual. We developed a proof-of-concept internet search tool bar and search web services that were seamless,” he says.

By 2004, Laks had to choose to make an important choice: whether to go the academic or the industrial route. His professors suggested he try the academic route and then make a decision.

The internship that became a job

Laks went on to intern at Institution of Mathematical sciences in Chennai where he developed a preliminary model and algorithm for “verification of two-party contract signing protocols for fairness”.

The work was gratifying, but Laks wanted more. During campus placements, he got through DE Saw, a New York-based hedge fund with engineering and tech teams based out of Hyderabad.

“It was serendipitous. One of my friends called me and said that Oracle was coming for placements. DE Shaw was also there; I emailed and asked them if they allowed internships, but they said ‘we don’t but you can join early’.

“So, my internship during my last year was at DE Shaw. They didn’t know what to do with me. I was one of their first interns and joined with a full salary,” Laks recollects.

Every time the company created a new fund, funding documents had to be put together. Templates and mail merge word docs would be used to create one document. But unfortunately, these documents would sometimes get corrupted. Laks wrote a program that would pull up all these documents and fix the corruption.

"They would use the Unix Chooser, log into the Unix machine, run some scripts to look up data. It wasn’t the most efficient way and I created a central dashboard application with all possible data. The system that provided the backbone for DE Shaw,” says Laks.

Laks enjoyed working at DE Shaw, but wanted to do something of his own. The ecosystem of startups in the Valley intrigued him.

He decided to take up the opportunity when he got a job with San Francisco-based SigFig in 2011. The company connected bank and investment accounts, checked spending patterns, and offered investment advice. It eventually became a robot advisory platform.

“I had racked up a lot of financial knowledge at DE Shaw and this was the perfect choice. And, working with a startup is the best way to learn the ropes.”

Laks worked out of Singapore for a year and moved to the Valley in 2011-end. It was here that he met Parker Conrad, former CEO and Co-founder of Zenefits.

“Parker asked me if I wanted to join him. It was one of the reasons why I had moved to the Valley. And in 2013 Zenefits was born,” he says.

Zenefits is an all-in-one HR payroll benefits systems that deals with everything people-related: from onboarding a new hire, payroll automation, benefits, and more.

“Most people usually start a company because they have a dream. Once that dream grows, they have to hire people and focus on management. They end up spending their time on paperwork and legalese - no entrepreneur’s dream. Parker himself would spend four to five hours doing this and that is time you aren’t working on your product and revenue,” he says.

Zenefits aimed to change that.

Laks, the Co-founder and CTO, built the core technology. They joined Y Combinator in 2013 and the platform grew. In the first year, the startup made $1.2 million in revenue and had 15 people. By the second year they had 400-odd employees and $20 million in revenue. In the third year, this touched $70 million and 1,700 employees.

"At one point, hiring engineers fast enough was the bottleneck so we ran global hackathons. We invited the top 30 people to SF, paid for their tickets, and gave them jobs. We also set up an office in Vancouver, a melting pot of cultural and tech talent from around the world.”

Six years later, a lot had changed at Zenefits. A new management team was in place, things were stable, and the working team had scaled. Things seemed to be in auto pilot mode.

This was when Laks, along with Abhijit Dwivedi, COO of Zenefits, and Hari Vishwanathan, senior engineer at Zenefits, began ZeroDown. Their problem statement was simple: why could someone who was making $200,000 not afford a house in San Francisco?

“The biggest problem was the down payment. You needed a minimum of $100,000 to buy a house in the Bay Area…it takes time to do that,” Laks said.

In 2019, the trio built ZeroDown as an affordable homeownership solution in the Bay Area. The platform helps you buy the home you want, without down payment. Instead of paying the landlord, you pay the ZeroDown team an EMI or ownership fee of sorts. The home equity vests to you monthly, just like stock options at your workplace.

So far, 65 people have bought houses with ZeroDown.

“The idea was: how can we be the one-stop shop for people to buy homes? There is a steep learning curve with first-time home owners. We started bringing in a lot of data to real estate. Given the latitude and longitude of a home, you can look at multiple things like permit histories, tax history, sales history, what’s around the home, offices, schools, commute etc,” Laks explains.

The team had started working on the data when COVID-19 hit. But Laks says “this was a great time to build products”.

“In a startup’s lifetime, you never get a pause like this...where you can rethink things. A lot of amazing startups were built during the 2008 financial crisis. We thought let’s take a pause, and focus on building products. We are doing that,” he says.

The ZeroDown team has also built a mechanism that lets you search an address and get a 10-page data report on demographics, market analysis, transportation, closest bus stops, train stations, permit histories, and more.

“We can even help answer questions like ‘how do I come up with a price for all of this, what similar homes were sold in the last six months, how is my home compared to the block, etc’. The idea is to give people a 360-degree view and enough data to make the right choices.”

Laks says they are open to part-time contract work now and looking for smaller teams that can create maximum impact.

“At Zenefits also, we got innovation done when we had quarterly hackathons. Two to three people would team up and do something unbelievable in 72 hours,” he says.

While hiring people, Laks now looks for curiosity and willingness to learn.

“If one is curious about their work, everything falls into place. Seeing people describe their work reveals if they are proud of what they do,” he says.

He believes that times of crisis are the best to build companies as they offer the breathing space to build great products. “Nobody is asking about growth, and you can find those 100 people who love your product and just build for them.”

One of Laks’ biggest learnings as a second-time entrepreneur is simple: “Smaller teams can move mountains when focused on a problem.”

Advising young techies, he says it is best to make simple technology choices.

“Don’t go after the shiny new toy. You have the power to make and shift things quickly. Focus on what users want. You can eventually build complicated infrastructure, but start with simple choices,” Laks says.