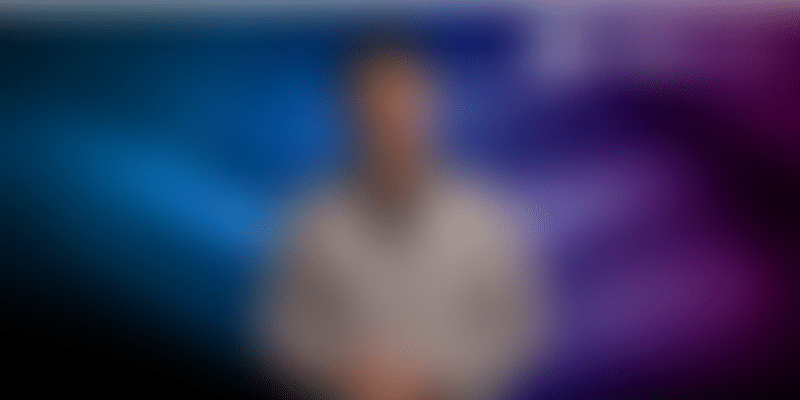 In this week’s Techie Tuesday, we meet Mohit Aron, Founder and CEO of B2B SaaS startup Cohesity. The ex-CTO and co-founder of Nutanix was also one of the early employees of Google and is amongst those credited with building the Google File System.

There is no one way to explain Mohit Aron’s contribution to the tech ecosystem.

One of Google’s early employees, Mohit was a part of the team that built the Google File System, which the tech giant still relies on for storing data and access. He is also referred to as the Father of Hyperconvergence, the main technology of his product at his first startup, Nutanix, a listed cloud computing company with a valuation of over $5 billion.

Not everyone knows what hyperconvergence means. The IT framework that combines storage, computing, and networking into a single system helps reduce data centre complexity and increase scalability as companies no longer need to rely on different storage and compute systems.

But Mohit wasn’t content to rest on his laurels and in 2013 founded Cohesity, a startup that develops tech to help companies manage, backup, and gain insights from data across cloud providers and multiple systems.

The techie may not code as much today, but remains extremely involved in the technical development of Cohesity.

“I was a technologist and still am a technologist, but I have learnt sales, business, and marketing. It has been fun,” says Mohit, Founder and CEO of Cohesity.

[Techie Tuesday] From being a part of Amazon’s early days in India to building HackerEarth: meet Vishwastam Shukla

The world of IIT

Mohit, now based out of Silicon Valley, was raised in Chandigarh. Born to a homemaker mother and father who was in the Indian Forest Services, he spent most of his childhood in Punjab.

“This was the late 80s and computers weren’t popular. We did some basic computer science training. But everyone would say the future is computers, and that got me interested. I had a high JEE rank of 53 and got into IIT-Delhi for computer science in 1991,” Mohit says.

It was at there that Mohit went to the computer centre, which had just received a donation of mainframe computers from a British company.

“I was fascinated by the machine. There were lights going on and off, fancy sounds…it looked like a different world,” he recalls.

Soon, Mohit became extremely passionate about coding and computers. Between the Unix operating system and C and C++ programming, Mohit says he fell in love with computers.

“I would sit hours into the night programming, and soon came to be regarded as one of the best programmers in my class. It was a lot of fun. You can get lost coding. You enter a world of your own, and nothing else matters. It is all science. There just is no room for ambiguity; it is all logic. Whatever you program, the machine does. Computers can deliver a lot of power and change for our lives,” he explains.

In 1995, after his graduation, Mohit decided to pursue higher studies and went to Rice University, Houston, where he completed his PhD in computer science.

The India of the 90s was different, and Mohit entered a whole new world.

“My passion for computer science only grew multifold. The entire faculty at Rice was renowned and I specialised in distributed operating systems,” Mohit explains. His thesis was on quality of service in distributed web servers.

During his PhD, Mohit built the first scalable web server, and the concepts of his research were used by IBM in running the web server for the Olympics in the late 90s. He graduated in 2000, and his research on quality of service in distributed systems was put to use in building the Google File System later in 2002.

Soon, Mohit had to choose between opting for research or going into the industry.

“I made a conscious choice to go into the industry. In the 90s, academia was ahead of the industry. But, it was clear that the industry would take off as companies like Google and Yahoo were building great stuff in distributed systems,” he says.

In 2000, Mohit joined data startup Zambeel. Interestingly, during his PhD, Mohit was approached by an early Google engineer to join the tech giant.

“But I didn’t join Google. It was one of the 10 search engine companies then but I chose to join Zambeel, which was building distributed storage technology.”

The internet bust stymied Zambeel like many other companies. At that time, in 2002, the Google engineer approached Mohit again.

“He said at least come and check out the company and have lunch with us. I went and it was clear that Google was building great things even then, and I decided to join,” Mohit recollects.

The Google engineer in question happened to be Jeff Dean, the brain behind Google’s top technological projects and at present lead of Google’s AI division.

Back then, in 2002, Google was less than 600 people. While Google Search was the best, it was yet to release Gmail. Google News or any of the present popular services did not exist.

Mohit joined Google in February 2003 and stayed there till December 2007, and Mohit describes these five years as the “golden years” for the search engine giant.

“Google benefited immensely from the internet bust. All the good people were searching for a successful company, one that had no danger of going down. It attracted great talent, which made Google what it is today. Every week back then they would hire close to 100 people. They were gunning for an IPO,” he recollects.

He adds that while the whole world of internet and tech was falling apart Google was racing ahead and soon became “the king of search”.

It was during this time that Mohit, along with a team of seven to eight people, built the Google File System, a web scan file system that stored all the data Google had.

“Search engines, as we know, have to crawl the web and store that data. This was on the Google File System, which indexes the data that is later used for searching,” Mohit explains.

His time at Google taught Mohit how to build big systems and those that could “scale and hyper scale”. The team focused on keeping the system distributed so that as the data was captured, it could add more nodes to become bigger to accommodate more data. This way, the system to scale to tens of thousands of nodes.

“But to scale it beyond a certain point, you need to build another system to scale to several nodes. A system is then built to manage these nodes. This makes it look like one system. Gmail alone had 300,000 servers in 2007,” Mohit says.

Mohit wanted to bring the learnings of Google into the real world. “There weren't any distributed systems technology and legacy systems. But I didn’t know how to build a company on my own.”

The main architect of Aster Data Systems, Mohit built the data warehouse that helped process huge amounts of data. He says much like what the tech Snowflake does for the cloud, Cohesity did with a data warehouse system for data centres.

The need for hyperconvergence

In 2009, when Mohit was comfortable with the idea of starting up, he started Nutanix with three people from Aster Data Systems.

Today, Nutanix is a public company valued at over $5 billion.

In 2013, Mohit felt there was a need to build something bigger.

The technology was a little more mature, and he saw a problem of “mass data fragmentation”. Explaining, he says the enterprise data customers use is fragmented between the data centres and the cloud.

“Due to this, they have to buy products from multiple vendors and run them in different silos. One product does backups, one acts as a filer, another for object storage, another for analytics. Again, this is all hard to manage and costly,” Mohit says.

The idea was to build one logical platform, much like Google - behind the scenes, easy to manage, and consolidated.

“We also did the same thing by consolidating data for our customers. We started with backups and extended to data management. This means that the customer can start with backups and also use the platform as a filer, run analytics, and migrate data to the cloud,” Mohit explains.

Taking the analogy of a smartphone, Mohit says a smartphone primarily starts by being a great phone, but is also a music player, camera, marketplace, computer, and more.

The techie is now focused on the business side of things, but says he is the brain behind the code and early tech. He built the web scan or hyperscale file system along with the remote replication or Cohesity cluster at a data centre. These work for disaster recovery services, helping copy data quickly over a wide area network.

Mohit’s learnings at both his startups were different.

“Building a technical team is different from building a business team. While hiring an engineer, you ask programming puzzles and get a sense whether they are good or not. For a sales person, you can’t judge that easily. How do you judge they are good sales guys? One of the most important things I’ve learnt in hiring business people is to do back channel referencing.”

Mohit says a person can come across as very likeable and charismatic, but you end up checking references with bosses or ex-bosses.

“But sometimes ex-bosses hide information because they wish the person well. So they won’t reveal problems. My rule is that I always make sure; I check references from candidate peers and people who reported to them. These people have little incentive to hide negatives,” he says.

Mohit says Cohesity taught him that teamwork is vital for success and that it’s essential to “focus on the people, not an individual”.

“As engineers, we tend to believe we can move mountains ourselves. But no matter how good you are, it is always about the team. The more you can facilitate, enable, and better the team, the better off you are. If the team works well, you can move mountains. I have had to shift my mindset on the importance of the team. It is never about the I; it is all about the we.”

He believes that his second startup also showed him how to be a leader. Leaders, he says, are human, but don’t have the luxury of displaying a wide range of emotions.

“A very emotional leader makes bad decisions. You have to be measured. If a leader getting feedback becomes defensive, it is also is an emotion. That isn’t a good sign of leadership. I like leaders to be data-driven. The gut plays an extremely vital role, but back that with data. Never ignore the gut, but don’t blindly follow it,” he says.

Advising young engineers and techies, he says: don’t rush to build a company. “You don’t have the luxury to make too many mistakes, for every mistake sets you back six months to one year.”

“I would advise you to join good companies and learn the ropes of building a company. You are going to make mistakes but with experience will make fewer mistakes. Don’t rush and jump to start up,” Mohit says.