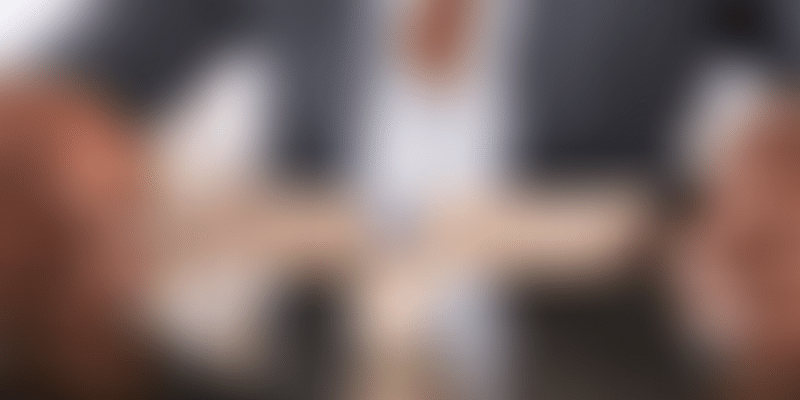 The author dwells on life and work and how the two have become so intertwined that it consumes the best part of our lives and we forget where our priorities lie.

In a day and age where all semblance of a balance in any aspect of life is out of whack, the myth of work-life is no exception. Wait…did I say myth?

Walk with me, if I may say so, through an argument. People live and in order to live, have to work. This much is true. Unless you’re far removed from society like a monk in a faraway monastery which grows its own food for sustenance and don’t do much else but meditate.

Even a farm is an office

But we don’t live like that. Ever since the birth of money, trade, occupations, division of labour, we have felt the need to create a space solely for work. History suggests that the first offices were erected to house workers largely clerical by nature.

By and by, all knowledge grew. Every industry flourished. Agriculture, banking, trade, you name it and progress was evident. Every subject began developing a body of knowledge. Labs, legal establishments, hospitals, banks, watering holes, markets and so on. A small, self-contained village now grew into what we call modern society.

The phenomenon of “work spaces” only grew and exploded into what has now been demarcated as commercial and residential complexes. Places where one stayed. And places where one worked. This is the world as we know it. As industry grew exponentially, the home office wasn’t feasible anymore unless you were an independent and did not need any support services or staff. It continues to exist. Entire cities expanded to accommodate this new trend. As organisations and companies grew, they too sought more space and the rest is history.

We began commuting as space grew unaffordable and shifted away from homes. Different modes of transport took us to our places of livelihood. More time was spent around the phenomenon of work.

Progress has its own demands. In order to race ahead, we began to work harder, spend more time travelling, at our desks and away from home. Thus were heard the first voices of dissent.

Get set for change: What work-life balance will look like in the new normal

When did it begin?

There seems to be a bit of inevitability to how things played out. For anything to grow, more time must be spent growing it. Be it a hobby, an art form or a company. Progress often comes with understanding and that takes time.

Imagine scientists toiling away (as they are, now!) to invent new medicines or understand nature, engineers poring over formulae to build better bridges and so on.

Our life as we knew it has changed. We’re moving things ahead. We’re the cogs in the wheels and the wheels themselves. And now, we’re complaining it’s begun to consume us.

Everything has a cost

Progress demands unearthly working hours. Negligence of domestic duties, spending time with loved ones, missed movies, games and children growing up without us because we’re obsessed with making more money. Ironically, we do it for ourselves and our children and for a better life. But you can have only one.

Can one strive to have both?

Therein lies the rub. Why should achieving a balance be a struggle? Let’s investigate.

Every industry is different. In order to survive and grow, it has to define its own pace. And the people who are a part must follow suit. Call it the nature of the beast. It has to be so.

For a scientist working 20 hours trying to crack a vaccine is an everyday affair. Would you be okay if he or she worked only eight hours? Saying they must go home to play with their toddler?

Nowadays the only social phenomenon is distancing! No pubs or parties, no outings with friends, no sleepovers, nothing. As if we didn’t have enough distancing with our endless schedules, wasteful meetings and infinite mails. When was the last time you talked to friends sitting on a bench? You live in the same city but don’t have time to meet for months. We’re a social species but we don’t act like it.

Take anything and we want to do it faster. Build a bridge or a city, figure out a technology to better lives, grow food that feeds the world, everything is wanted now.

People have to make a choice

It’s our life and we should have the choice to live it the way we want to. Children need a lot of attention. Their growing-up years are the most important in their lives. One cannot be a parent-in-absentia. Our loved ones need our time. A home, as a micro-structure also has its demands and rules.

We’ve let go so many things I remember doing as a family. Travelling to native places, to uncles and aunts who lived in distant cities, going for treks, living in tents. Taking time off for doing courses together. Not software – horse-riding!

Even the simple act of having dinner together without televisions or phones.

Is this a worthwhile pursuit? Does progress need to be this fast? Can we not work hard for some time and devote the rest to more important things? Did we not enjoy life without the internet? Or a bridge? Or one less antibiotic?

The real concept of balance is in our becoming mindful. Being aware as a planetary society. Of who we are and how we live. Take a long, deep look at what we’ve become.