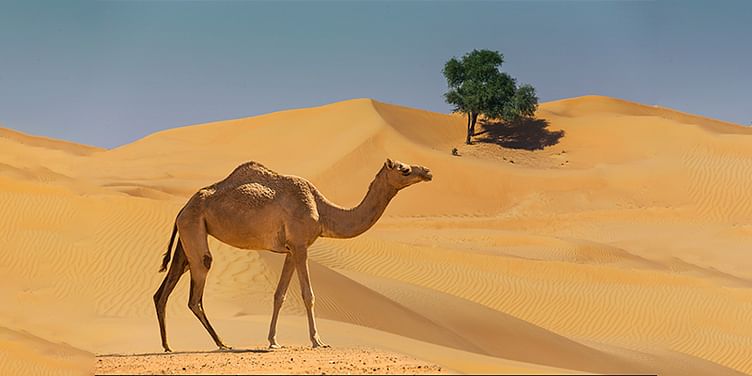 With business models floundering and changing amidst the current crisis, author Alex Lazarow in the Harvard Business Review explains why is it increasingly important for startups to follow a ‘camel’ model than the ‘unicorn’ model.

For a while now, tech startups across the world have emulated the Silicon Valley model of growing and scaling fast, and raising as much capital in the process. The coveted ‘unicorn’ tag has always had a nice ring to it.

However, the world is amidst a pandemic this year. As a Harvard Business Review report puts it - growth-at-all-costs methodology, which the Valley’s top players are exceptionally good at, only works in the strongest bull markets, in the most optimal conditions.

But the world has changed and to quote the Marvel Comics character Nicholas Fury, it is becoming increasingly chaotic. The conditions are more challenging than one may have predicted. So what can startups do?

Author Alex Lazarow in the Harvard Business Review report said, “But consider what I call the “Frontier”: those business ecosystems outside the Bay Area bubble, where startups have less access to capital or trained startup human capital, and where, especially in many emerging markets, they are more susceptible to severe and unpredictable macroeconomic shocks. Instead of the unicorn, the camel is a more fitting mascot.

Camels can survive for long periods without sustenance, withstand the scorching desert heat, and adapt to extreme variations in climate. They survive and thrive in some of Earth’s harshest regions.”

Alex explains the startup camels can give lessons on how the crisis can be survived and how businesses can continue to grow and sustain themselves in the toughest of scenarios. The way they survive is by – focus and execution on balanced growth, look at the long term, and diversify the business model. This is how they do it:

Businesses modelled on camels have no interest in rapid scaling, as their focus is on efficiency over speed. This, however, doesn’t mean that they aren’t ambitious. They are highly ambitious but chose to do so in a balanced way. They do this with:

This doesn’t mean these companies avoid growth or venture funding. Their trajectory is just different. They may choose to grow in controlled spurts and make choices on when they invest or put their foot on the pedal.

“After such a spurt, sustainability (and often profitability) is within reach again if necessary. The difference here is that camels maintain the option to adapt their growth trajectory and return to a sustainable business,” explains the report.

[YS Learn] The impact of COVID-19 on business models of organisations, and the way forward

Focus on the long haul

As founders often say, it takes 10 years to reach overnight success. It takes time to break the market to get consumer behaviours to shift. Survival, then, is the primary goal. What this does is allow the business model time to build the right product and the operation needed to scale.

“Competition will exist. But the race is about who will survive the longest, not about who goes to the market first,” said the report. Quoting an example, the report illustrated that Quizlet just raised a $30 million Series C round, which valued the company at $1 billion in May of this year. The company did not take any funding until 2015, when it raised a Series A round for just $12 million after 10 years in business. It took its time getting there, operating on a slow-but-steady philosophy toward growth.

In several markets, it becomes difficult to look at a blitzkrieg scale. Sometimes it just becomes important to go deep and build the full stack of supporting structures. For ﻿Flipkart﻿ to reach the scale it did, it also had to build the entire logistics and supply chain network. Citing an example, the report stated,

"Frontier Car Group, a popular used-car platform, for example, launched originally in five markets – each serving as a regional hub. In some countries, the product caught on but in others, it did not; and the company learned valuable lessons along the way, shuttering those markets where it didn’t see a fit. But had the company put all of its resources into the wrong country, it might not be around today.”

The startups just build multiple business lines, products and an ecosystem of services from day one.

“As we prepare for the tough challenges ahead, the answers won’t be found within Silicon Valley’s insular bubble, but by learning from camels at the Frontier, who have had the solution all along,” said Alex.