Return of ZebPay: how the crypto trading startup is making the most of India’s bitcoin boom 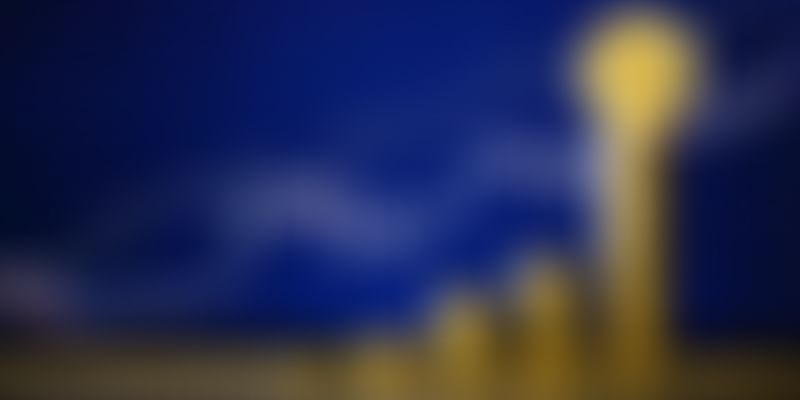 ZebPay relaunched in India after a two-year hiatus post RBI’s cryptocurrency ban. Now, it is reaping the benefits of Bitcoin’s rising popularity during an economic slowdown.

ZebPay claims that two-thirds of crypto owners in India bought their first Bitcoin on its platform. We couldn’t independently verify the claim, but there’s no denying that ZebPay is among India’s oldest crypto trading platforms and a popular name in the world of digital currencies.

Founded in 2014, the Singapore-headquartered startup has had a chequered journey in a primarily cash-driven India. Management changes, local regulatory hurdles, and a few product iterations later, ZebPay relaunched in January 2020, ahead of the Supreme Court’s decision on RBI’s two-year ban on cryptocurrencies.

The court struck down the “unconstitutional” ban in March — a move that led to a crypto trading boom in India, with bitcoins emerging as an attractive asset class and a less volatile form of wealth in a slowdown.

And ZebPay — like all other crypto exchanges — went on to gain from it.

CEO Rahul Pagidipati, who took over the leadership and majority ownership of ZebPay in January, tells YourStory,

“Bitcoin was born during the 2008 economic crisis so people could store wealth in a decentralised manner. Similarly, investors today want to keep their money safe from inflation, and make it easily accessible. All these factors have led to the boom in crypto trading post COVID-19.”

Rahul, who’d been a silent partner since 2019, bought out a majority of ZebPay, with founders Sandeep Goenka, Saurabh Agrawal, and Mahin Gupta owning less than 10 percent stake cumulatively. The founders are no longer involved in the day-to-day operations of the startup.

ZebPay has raised undisclosed funds from Rahul’s family office and Ayon Capital (a venture fund where Rahul was the CIO).

From March to September, the number of trading customers on ZebPay grew by 3.8X, with average monthly increase pegged at 24 percent.

Rahul says, “ZebPay has been fully compliant on KYC and other laws. We are as legitimate as any other financial service provider. We didn’t want to fight unfriendly regulators. So, we were the first crypto exchange to shut down operations [in 2018, after the RBI ban]. Early in 2020, we decided to restart because we believe in India, and believe in Bitcoin.”

The startup has its India offices in Mumbai and Ahmedabad, and has scaled up its workforce from 50 to 110 people. It looks to hire 20 more people by 2021.

ZebPay’s online crypto exchange operates in 162 countries, and has processed $3 billion worth of transactions for over 3.5 million users — nearly 95 percent of them from India.

Not only has it made bitcoins more accessible to Indians through a user-friendly app, which has crossed 30 lakh downloads, but has also built multi-layered security protocols to protect user funds.

Both individual and institutional users can invest in Bitcoin, Ethereum, Ripple, and other crypto assets, and trade in crypto-fiat and crypto-crypto pairs.

“ZebPay is slowly moving away from short-term trading to long-term value investing. Many people look at bitcoins as a mere speculation tool. But we want to create long-term wealth for our investors. We want to promote not trading everyday but long-term holding of assets because cryptos are now emerging as an alternative saving class like gold and mutual funds.”

Interestingly, the platform is already seeing change in user behaviour, with 60 percent of ZebPay customers holding their crypto assets.

“We want users to buy small amounts of Bitcoin and Ether every month and hold it for their future generations,” Rahul adds.

ZebPay has a three-pronged business model. It earns trading fees (when users buy or sell bitcoins on the platform), membership fees (for inactive accounts that only hold cryptos), and revenue from its own crypto holdings different from member funds).

The platform has been profitable since April 2020. Now it is focusing on creating referral structures, incentives, and AMEX-like membership programmes for users.

It also plans to work with service providers in ecommerce, travel, healthcare, and so on to offer discounts on bitcoin purchases.

“Bitcoin is disrupting finance the way Amazon disrupted books. It is decentralised digital finance that can benefit millions of people who have been traditionally underbanked, underserved, and undervalued. We are trying to build an ecosystem where everyone can win.”

The startup  hopes that India will soon bring in effective regulations for fiat-to-crypto trading like advanced crypto markets like Singapore and Japan have already done.

Rahul sums up by saying, “People’s outlook on cryptocurrency has changed and it can be used to stimulate the economy in a recession.”