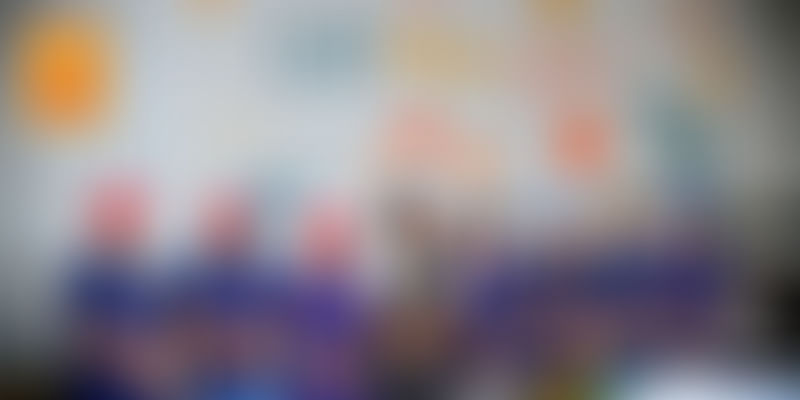 Udupi startup Tapas Foods is a healthy snack brand that collaborates with farmers and local communities to make natural superfoods like makhana or Foxnuts available in the nook and corner of the world.

The importance of healthy snacking has been amplified amidst the COVID-19 pandemic. With changes in routines and work from home, the impulse to grab a snack on-the-go has increased. However, most of the time, we end up consuming unhealthy food.

Led primarily by an enthusiastic group of rural women, Tapas Foods tries to collaborate with farmers and local communities to make natural superfoods like makhana or Fox Nuts available across the world. They select farms that grow makhana or fox nuts.

“The pandemic delayed our launch by six months, but finally, we managed to start in August 2020 in a small village called Miyar in Udupi, Karnataka. The startup ecosystem in rural India is not as vibrant as it is in the cities. Mobilising raw material and other resources have been a huge learning experience for us. It will take time for us to build the ecosystem around us,” Raksha Shenoy, Founder of Tapas Food, tells YourStory.

What does it offer?

At present, Tapas Foods makes available these makhanas in many forms — plain, roasted, and as ready-to-eat flavoured makhanas in cheesy, spicy, and tangy flavours in small, medium, and large packs, among others. The pack of three of 225 grams each are priced at Rs 369 on Amazon.

“We also have health drink mix and powders that can make your everyday food healthy and nutritious,” the founder says.

While Raksha had a great career in Human Resources, she wanted to do something of her own. Her father Gopinath Shenoy is a serial entrepreneur in a small town in Udupi, which also contributed to her pursuing entrepreneurship.

The second-generation entrepreneur says, “Once the discussion started, the food industry was my first choice, given our need to survive. I did a course from CFTRI, Mysore, to understand the food industry as it was all new to me. I realised there is an opportunity in the healthy foods segment. Some surveys revealed this, and in general, I saw it around me; people wanted healthy food options. And, this was in July 2019.”

Setting up the production

The next challenge for Raksha was if she would outsource or produce in-house. While outsourcing would have saved time, Raksha realised handling the production in-house would give the startup control and cost advantage. She decided to go with the latter. Though initial investment was high, Raksha says Tspas Food saw cost advantage in the future.

“We started by identifying makhana/Foxnuts, popularly known as Lotus seeds. Though quite popular in the Northern part of India, people in the South did not seem to know much. When we launched a survey, it was revealed that 95 percent of participants did not know makhana was natural and came from the water lily plant. But it was encouraging to know that the few people who knew about it were aware of its amazing health benefits. Next challenge was the raw material, and the source was in North India. But, we felt it was worth introducing it in the South market,” Raksha explains.

The startup had planned to launch in April 2020, but the COVID-19 pandemic changed the plans. Raksha adds, “It is still not easy to start a physical business in India. The approvals, licenses, and resources exhaust you right in the beginning.” However, her father and husband helped her towards this end.

Soon after, Raksha set up the factory, trained the rural women who would help her in manufacturing, put in processes, trails, and the set up the production line.

“We are looking at a combination of online and physical distribution to reach our target consumers. We are already on Amazon and other ecommerce platforms. We are also setting our distributor network and sales,” she says.

“We operate in an industrial area in Miyar village surrounded by residential colonies. Our employees come from these colonies. They all had small jobs in clothing factories, food factories, etc., but lost their jobs during the pandemic as many factories had to pause or shut operations. Some were homemakers, forced to start working as their husbands lost jobs during the pandemic,” says Raksha. Today, Tapas Foods has a team of 10 employees.

In fact, moving forward, Tapas Foods is planning to collaborate with other healthy brands.

“We can together have a better distributor network, better reach, better visibility, and better revenue. Through this, I want to reach out to our so-called ‘competitors’ to see the benefit in collaborating. Maybe in a small way, but let’s do it. If it doesn’t work, so be it! We will learn from it,” says Raksha.