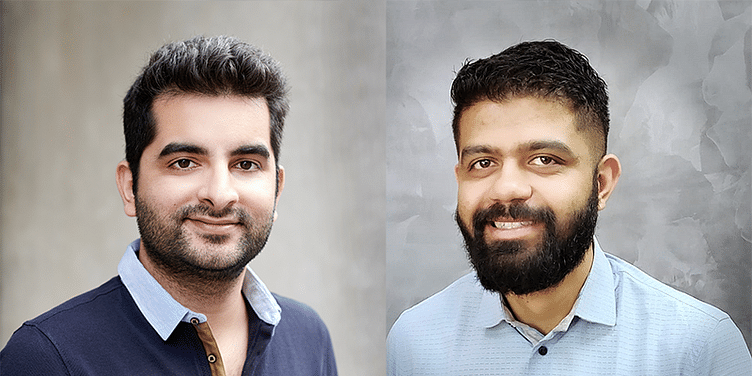 Delhi-based Xeno works on a product plus consultancy model, providing CRM technology along with personal strategists to ensure maximum revenue for its 100 plus clients.

Back in 2015, Computer Science engineers and roommates from VIT University - Pranav Ahuja and Ayushmaan Kapoor, quit their jobs to build a tablet-based loyalty programme for small and medium businesses. They registered the startup as ﻿Xeno﻿.

While the startup was able to generate $300,000 revenue by 2018, “We struggled to further scale it,” Pranav tells YourStory.

The founders then decided to work around the business model. They spoke to more than 100 large enterprises and retailers to figure out the market gaps.

“Everyone told us the same story. Once a retailer had a few lakh customers, they wanted to better understand customer behaviour in order to run more relevant campaigns,” he adds. Retailers wanted to maximise revenue from their existing customer base.

Thus, in 2018, Xeno pivoted to a Customer Relationship Management (CRM) platform. The Delhi-based startup enables retailers to maximise revenue from their customers by enabling them to build deep customer understanding. This, in turn, helps retailers use the insights to create relevant campaigns across SMS, emails, and social media platforms.

Xeno is offered in a product plus consultancy model. It provides its CRM technology along with its expertise in building next-gen CRM processes. Each retailer or client has an assigned customer success manager, a marketing strategist, and a data scientist who works along with the client to ensure maximum revenue from the customer base.

According to the startup, it targets retailers with a customer base of more than 50,000, revenue higher than Rs 50 crore, and a brand that is digital or ecommerce focussed.

We are anticipating bigger impact of digitisation across India due to the pandemic, says Zendesk COO Tom Keiser

The startup has strong partnerships with PoS providers like PoSist and LogicERP, which in turn serves as a key channel to reach retailers. It also creates awareness about its service offerings through the events of RAI (Retailers Association of India).

As of now, the startup serves more than 100 retailers including brands like GAP, Forest Essentials, Nando’s, Taco Bell, Dunkin Donut, Forever New, Raymond, and ﻿Nykaa﻿, among others. Its active client base grew by 400 percent in the last six months.

Tushar Mehta, AVP, Marketing, Taco Bell, says, “Xeno’s data scientists are on the ball every single time. They all consider Taco Bell as their own brand.”

Pranav and Ayushmaan initially invested Rs 20 lakh in the startup. “Since then, we have built the business using customer revenues,” he says. The startup has raised 120,000 euros from Techstars and METRO as part of the METRO Accelerator, powered by Techstars, in 2018.

“Performance-based pricing enables us to go to the market faster by reducing financial risk, making it easier for retailers to sign up for Xeno even during the pandemic,” Pranav explains.

Retailers across the globe use CRM to increase repeat sales. The process starts with retailers initiating a loyalty programme and CRM programme, and then scaling the CRM programme to a few lakh customers. However, what most retailers want to achieve is a better understanding of their customers’ behaviour. According to American market research company Forrester, 72 percent of marketers say that customer experience is a top priority for them.

Xeno competes with global marketing clouds such as Adobe and Salesforce, and is competing with Indian startups like ﻿Capillary﻿. The startup differentiates itself in the sense that it is a next-gen CRM built specifically for retailers to market on digital ad channels.

“Our data cleaning engine enables markets to make their product data marketing ready in minutes instead of months,” Pranav says.

“If I want to turn around a campaign for a particular product or category, I can do it in 10 minutes with Xeno compared to one or two days with others,” says Nikhilendra Pratap, CRM Manager at GAP.

Going ahead, Xeno plans to further scale in India and expand to South-East Asia, Middle-East, and Australia. “We are already in talks with more than 10 retailers in those markets,” Pranav adds.