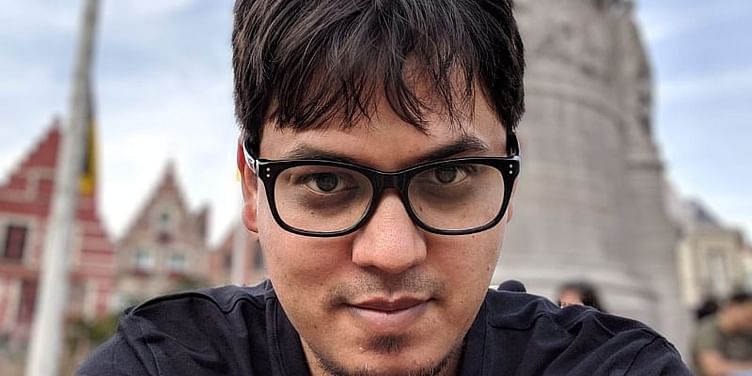 Entrepreneur Abhishek Asthana, Founder of digital advertising startup Ginger Monkey, believes it is important for people to monetise their hobbies, otherwise it will die its natural death.

Abhishek says, “I tell people often that if you don’t monetise your hobby, it will die. If you are a painter or a musician but you are not able to monetise the stuff you create, it will die its natural death... majority of your time will be devoted either towards making money or recuperating from making money.”

In the recent episode of 100X Entrepreneur Podcast, a series featuring founders, venture capitalists, and angel investors, Abhishek spoke to Siddhartha Ahluwalia about monetising his hobby and his journey to launching Ginger Monkey.

Known for his popular Twitter handle @GabbbarSingh, Abhishek has been creative since a young age and was also inclined towards writing. However, he never thought he could make a living out of his hobby.

Like most of his peers, Abhishek did software engineering and an MBA, and then worked at companies like Samsung and Durex India.

“Mine is a traditional middle-class story where the job of the first-born is to basically bring out their family from one stratum to another stratum. I was predestined to be like a software engineer those days and all my career choices were automatically aligned to that goal. Then engineering happened, and I joined Samsung,” he says.

From an engineer to a successful marketer

Back then, Abhishek believed that pursuing an MBA might help him find a job in the creative business. But he realised the course was not meant for it, and he turned to Twitter for practicing his creativity.

After completing his MBA, Abhishek started working with Durex India. At that time, TV advertisements about condoms were allowed to be on only for two hours late at night. Thus, the team turned to digital marketing to make the most of it. While working with teams on digital media posts and creatives, he realised that he could venture out and work with brands with their digital advertising.

Abhishek then founded Gurugram-based Ginger Monkey in 2019 to help companies with their branding and marketing. At present, the company has more than 20 clients and an eight-figure EBITDA.

However, the founder believes that his Twitter handle @GabbbarSingh, which has over 1.3 million followers, has helped him see success.

Back to creative roots

Speaking about returning to his creative roots, Abhishek, who had been blogging since his school days, says, he wanted to write a blog with the Sholay movie characters on Twitter.

“In 2010, I created three accounts - Kalia, Basanti, and Gabbbar, and I thought I will just put some tweets and delete them after I am done adding the tweet images in the blog. Later, I deleted Basanti and Kalia, and when I went back to Gabbbar, I saw some 20 retweets. Those 20 retweets in 2010 is worth 1,000 retweets now,” he adds.

Abhishek says that while at that time Twitter was a serious platform for journalists to break news and make announcements, @GabbbarSingh was a humorous account that garnered followers. Eventually, it grew to have more followers and client requests and began generating revenue.

“When the revenue part kicked in, I got serious. This is a platform contributing towards my network. It took a lot of time - 10 years is not an ideal time to start thinking about starting a business on the basis of the safety net of a Twitter handle, or a network that you have created. But I realised and went ahead with it. The good part was, whenever I talked about my business on Twitter, the very next day I got at least three inquiries from other clients,” Abhishek adds.

Listen to Abhishek talking about his journey, starting GingerMonkey, and much more here

04:21 – Getting featured in Outlook while doing his MBA

06:37 – Founding GingerMonkey as a first-gen entrepreneur

08:02 – Taking calculated risks while setting up the business

16:39 – Viral campaigns for Schindler – Getting Ankur Warikoo and Ranveer Allahbadia

38:18 – Branding without burning money on advertising

44:12 – Reaching out to early adopters being a new D2C brand