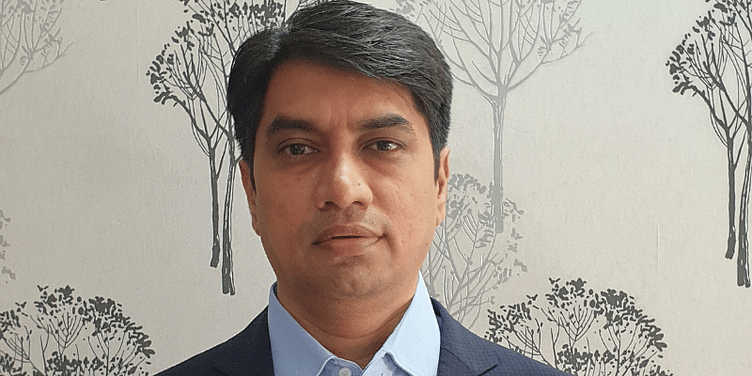 With clean fuel gaining traction among environmentally conscious businesses, a four-year-old startup based in Mumbai is facilitating the supply of eco-friendly biofuels to large manufacturing plants.

Biofuels Junction Pvt Ltd, started by Ashvin Patil and Chaitanya Korgaonkar in 2016, provides corporate entities access to quality biomass briquettes and pellets, along with a supply assurance. These briquettes and pellets made from agricultural and wood waste are increasingly being used as fuel by various types of manufacturing plants.

Ashvin, who spent a significant part of his career in the financial services industry, always wanted to start up with something related to agriculture. His research led him to biofuels, for which he realised there was enough demand, but challenges in terms of supply.

Cash for trash: why India should swap out crude imports with biofuels and waste-to-energy

So, Ashvin got together with Chaitanya to launch Biofuels Junction as an aggregator platform that serves as a crucial link between suppliers and users of biofuels.

They found that several small-scale biofuel manufacturers scattered around the country did not have market access, quality standards or the financial acumen to run their businesses efficiently.

“I must have visited at least 150 briquette manufacturing plants to look into their quality standards,” says Ashvin, who started Biofuels Junction as a bootstrapped venture.

Ashvin’s corporate stints enabled him to approach many companies, largely fast-moving consumer goods firms that wanted to adopt biofuels, but were worried about the quality and steady supply. Once these issues were addressed, several were on board with Biofuels Junction. The startup’s clients include Hindustan Unilever, Haldiram’s, and Marico.

Biofuels have several advantages. First, these are largely made from agricultural residue, of which India produces 500 million tonnes, says Ashvin. Of this amount, 200 million tonnes go waste. The use of biofuels by manufacturers results in very low emission of harmful gaseous chemicals like sulphur and nitrogen.

Cost is probably the most important factor. While a boiler at a manufacturing plant typically uses furnace oil, priced around Rs 36 a litre, the same amount of energy can be generated with 3 kg of biomass briquettes that cost Rs 18-20.

“We started with aggregation of these biofuel manufacturers to supply to various corporates,” says Ashvin.

The founders of Biofuels Junction met a large number of biofuel manufacturers and convinced them to improve their quality standards, maintain financial records and ensure steady supply, among other things. In return, the startup promised to buy their products and guaranteed them payment.

For example, access to credit was a challenge for many biofuel manufacturers as banks were unwilling to lend. However, assured purchase contracts with leading corporates allowed the manufacturers to get loans. Regular payments were also guaranteed.

A critical service that the startup provides biofuel manufacturers is logistics support.

Vagaries of the weather such as excess rain and drought can hamper the supply of raw material to generate biofuels. Another challenge is that biofuel manufacturers may not have enough working capital to buy and store agricultural residue, which is not available throughout the year.

From building bricks out of waste to making agriculture sustainable: Top 10 social stories of 2020

To address these challenges, Biofuels Junction partnered with various biofuel manufacturers, mostly in the western and central parts of India. In all, the startup has contractual agreements with around 10 manufacturers in states including Karnataka, Bihar, West Bengal, Gujarat, and Madhya Pradesh. In addition, another 40 such facilities are attached to these main plants.

“We strive for a relationship with these biofuel manufacturers and it is not transactional in nature,” says Ashvin. This has ensured zero attrition, he claims.

Besides biomass briquettes, Biofuels Junction is involved in the sale of biomass pellets, which are used for finer applications where it can replace diesel or LPG.

“The cost advantage of these pellets is around 40-50 percent when compared to diesel or LPG,” says Ashvin.

The startup has restarted an idle biomass pellet manufacturing unit in Nagpur and is now selling this industrial-grade product to many companies.

The government’s decision mandating NTPC Ltd to use at least 5 percent of fuel derived from biomass pellets has also boosted the startup’s prospects. “We are aiming for this opportunity,” says Ashvin.

This apart, Biofuels Junction is considering vertical integration, as part of which it has begun maintaining the boilers of its customers.

“We asked the corporates to allow us to run their boilers, where our payment will be determined based on the quantum of steam generated,” says Ashvin.

The efficiency of a boiler at a manufacturing facility depends on how it is operated and the quality of the fuel generated.

“Running a boiler is not the core work of our customers and this represents a huge opportunity for us,” says Ashvin.

Ashvin says the startup’s balance sheet has remained strong and capital has been used judiciously.

Biofuels Junction expects overall momentum and demand for its products to pick up this year after the coronavirus-induced slowdown in 2020.

At its peak, the startup ensures the supply of 4,000 tonnes of biomass fuel every month, with an average of 3,000 tonnes that includes briquettes and pellets.

“We expect things will improve after March as there is pent-up demand in many sectors such as industrials and chemicals,” says Ashvin.