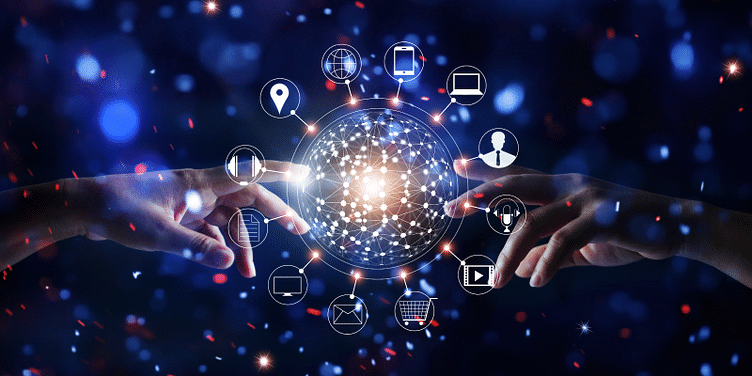 At the TiEcon Delhi-NCR 2021 virtual event, Lenskart, Clovia, and boAT founders discussed the future and viability of omnichannel sales, which involves both online and offline retail.

Many brands and companies are now switching to omnichannel retail — selling on both online and offline channels — to get the maximum reach for the product. Experts believe this might be the future.

At the TiEcon Delhi-NCR 2021 virtual event, Peyush Bansal, CEO and Customer Happiness Officer, Lenskart, said, “When we opened our first physical store, we not only had given an opportunity to about 200 million online shoppers, but to those 600 million people who don’t shop online. They could use our stores to consume our products, get a look and feel of things, and place the order online.”

Pankaj Vermani said more than dealing with privacy, the real challenge is in the sheer number of undergarment sizes, making it impossible to provide products to all geographies.

“Retailers find it difficult to display all the sizes, so (they) limit it to the basics, and give the closest size to the consumer. That way, the internet paved a way for us to reach a wide number of customers. When we started our offline retail, not too long ago, we went from zero to 15 percent in terms of pre-COVID sales,” he said.

Aman, who predominantly thought his company boAT would remain in the online space, recently moved to the offline channel as well.

“Since 80-90 percent of India shops offline, it is only common sense to make our product available to them. In fact, offline is doing quite well for us,” Aman shared.

The scenario in the next 10 years

According to Peyush, three are three categories of people — those who do not have smartphones, those who use smartphones but don’t shop online for various reasons, and online shoppers.

He says a majority of the population belongs to the second category. Despite the advancements, there will still be people who will shop online but may need to try out products offline.

Aman, on the other hand, said many crossed over to the other side because they had no choice, especially during the lockdown.

“While people may upgrade to the online space, the pyramid that Peyush mentioned, may get slimmer, but this will take a long time,” Pankaj added.

While one can’t entirely say the bulk of purchases will be offline, many people will try out omnichannel shopping.

Peyush said, “One may visit the store, try on a product, and then order it online. Someone like that can’t really be called an online consumer.”

Talking about if the modern-day company has to be amphibious, Aman said, “It really depends on the industry and the growth ambitions. If you look at some online D2C brands who don’t care about offline selling, they have reached sizeable sales in their category.”

“It really depends on the business. We never touched the offline industry for the first three years and are still doing better online than offline. If I hadn’t raised the money to go offline, I would’ve still remained online,” he added.

The power of social media marketing

In terms of social media marketing, boAT, according to Chikki, has more online celebrity influencers than all other panellists’ companies combined. The brand onboarded celebrities from different walks of life — from cricket to music — to appeal to the different subcultures in India, Aman said.

Pankaj shared that he is quite envious that the other two companies can use celebrities for their social media promotion, but “even with an empty cheque, I would still be rejected by the celebrity for various reasons,” he said.

“For us, we tried television, and it did pretty well. But, we did much better when it was advertised on OTTs and other digital platforms,” he added.

A big fan of storytelling, Peyush said television advertisements have helped him connect with the consumer, and “unfortunately, no other medium allows you to do it in the large-screen format. For us, more than celebrities, content is king. What is important is what the brand stands for - the positioning and consistent messaging. So, doing a bit of both digital and television works well,” he said.