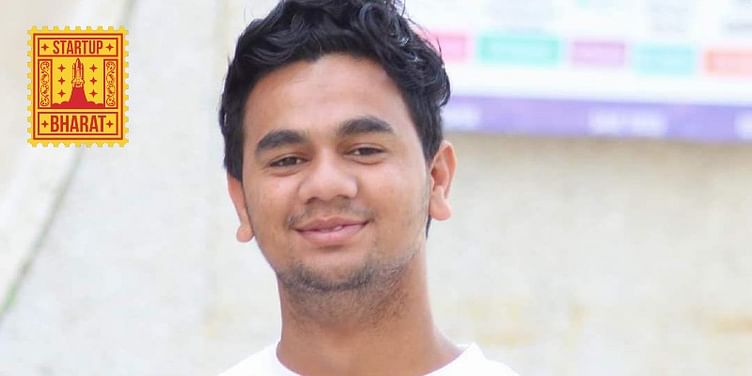 Devendra Sharma's startup, OLE Rooms, set up when he was 18, allows one to rent flats, paying guest houses, and hostels for a day to over a year.

An inability to find an accommodation as an engineering aspirant in Kota, coupled with a medical emergency, led 18-year-old Devendra Sharma to start an online marketplace for renting flats, paying guest houses, and hostels for as low as Rs 199 a day.

Started in 2018, Jaipur-based startup ﻿Ole Rooms﻿ lets people list, discover, and book accommodations on an individual or shared basis for a desired period — from a day to more than a year — at low rates without paying brokerage.

A fresh graduate of the Poornima College of Engineering, Jaipur, Devendra, now 21, was searching for a room to stay in Kota back in 2017.

“I and my father kept looking for rooms all day long,” says Devendra. “But my father, who had blood pressure and diabetes, collapsed and I had to rush him to a hospital in Kota.”

The episode made him think about the problems other students too must be facing in finding a suitable accommodation. “Millions of young people would be searching for a room every day and will waste their precious time for it,” says Devendra. “I thought, why not make such a platform where people can see the room and book it with ease?”

He started working on the idea and chose Sitapura in Jaipur as his first target because it has several engineering colleges and a sizeable student population.

“We started with one hostel and now we have more than 3,000 hostels, PG rooms, and flats on our platform,” says the founder and CEO.

“Our platform is built in a way that it is easy for anyone to look for accommodation location-wise and do the on-boarding on our platform itself,” says Devendra. He adds that every listing on the platform is verified.

Devendra heads a team of 10 employees, who take care of more than 3,000 listings across places such as Jaipur, Kota, Bikaner, Ajmer, Bharatpur, and Sikar.

He says OLE’s low prices, coupled with meals available for just Rs 100 per day, are its USP against competitors such as OYO, Zolostays, Zostel, and Hostelworld.

OLE runs on both B2C and B2B models. In terms of B2C, the startup charges a commission from an accommodation provider on a listing.

For B2B, it has tie-ups with several companies that use OLE for their clients and employees.

OLE is a boostrapped startup, with Devendra having put in a seed capital of around Rs 1 lakh. In the last two years, he has raised Rs 2 lakh from friends and family to expand the startup’s operations.

Devendra says bootstrapping has worked for him as he has mentors such as Ajay Data, Founder of Data Infosys, and Mahavir Pratap Sharma, Chair of the Board of Trustees at TiE Global and Chairman and Co-founder of the Rajasthan Angel Innovators Network.

“Recently, we have collaborated with Singapore-based Apar Technologies to help us expand in 10 cities such as Delhi-NCR, Lucknow, Varanasi, Indore, Bhopal, Patna, Dehradun, Chandigarh, Mumbai, and Pune,” says Devendra. He adds that the startup will need external funding to support its expansion plans in 2021.