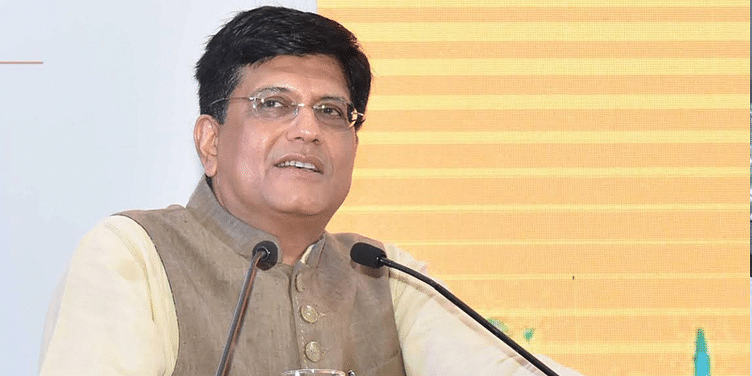 YourStory presents this daily roundup of the latest startup news and updates from the Indian startup ecosystem and beyond. Here's the roundup for Wednesday, Jan 27, 2021.

Commerce and Industry Minister Piyush Goyal on Wednesday said he will ensure that the Ministry and Invest India — the country's investment promotion and facilitation agency — pioneer a dedicated startup helpdesk that can work across ministries and states to sort out any difficulties that they face.

Amazon India Head Amit Agarwal expressed confidence in Make in India, saying it is going to grow on a global scale in line with the Aatmanirbhar vision of the government.

OnePlus co-founder Carl Pei, who resigned from the Chinese smartphone manufacturer last October, has launched his new venture — NOTHING.

IT and Communications Minister Ravi Shankar Prasad will launch virtual intelligence tool Tejas and 'Work from Anywhere' portal at an event on Thursday, according to an official release.

Vegan lifestyle brand Zouk has raised an undisclosed seed investment led by Titan Capital, founders of Beardo and Mamaearth. The fresh round of investment will help the company plan to expand its operations across India and abroad.

The COVID-19 pandemic has led companies to rapidly accelerate their digitisation plans, and the companies that are digitising the most, are creating the maximum jobs, a ManpowerGroup survey showed.

The sentiment in the real estate industry turned optimistic during October-December 2020 and the outlook for the next six months is positive on the back of revival in demand for both residential and office properties, according to a survey by Knight Frank India-FICCI-Naredco.

Bengaluru-based social audio platform Headfone, owned and operated by Diacoustic Labs Pvt Ltd, has raised Rs 22 crore as part of its Series A round led by Hashed, a South Korea-based VC firm and Seung Yoon Lee, founder of Radish Fiction.

Makers Hive, a Hyderabad-based startup that has developed and built a bionic arm, has raised $9 million from Starfish Growth Partners and Investpad. The freshly raised funding will be used for R&D, to scale production, and go to market strategy.

India's new agri laws have the potential to increase farmers' income, but there is a need to provide a social safety net to the vulnerable cultivators, IMF's Chief Economist Gita Gopinath said, adding that Indian agriculture needs reforms.

The Indian government in the Union Budget next week is expected to announce measures such as extending the facility of bulk clearance for ecommerce imports and exports with a view to promoting the growth of this fast-growing segment in the country, sources said.

Chinese social media firm ByteDance, which owns TikTok and Helo apps, has announced the closure of its India business following continued restrictions on its services in the country.

Vimeo raises $300 M ahead of its separate spin-off (Funding)

Video software company Vimeo, listed as IAC on NASDAQ, has raised $300 million in primary equity from funds and accounts advised by T. Rowe Price Associates, Inc. and Oberndorf Enterprises, LLC at a valuation in excess of $5 billion.

Mumbai-based hospitality brand, Vista Rooms, on Wednesday announced that it has raised Rs 10 crore in funding led by DSG Consumer Partners. Other investors including CA Holdings, Artha India Ventures and Anand Ladsariya also participated in this round.

Bengaluru-based industrial services platform VenWiz on Wednesday announced that it has raised $3 million in a seed funding led by Accel India and Nexus Venture Partners.

Indian startups are estimated to have received $10.14 billion in funding across more than 1,200 deals in 2020 despite the COVID crisis, a report by consulting firm HexGn said.

Harley Finkelstein, President of Shopify, believes the future of retail is not online or offline or on social media. The future of retail is everywhere, he said, adding that conscious consumerism is here to stay, as the COVID-19 pandemic transformed consumer preferences in a very concrete, permanent way that had not been seen before.