Mirror, mirror on the wall, who's the richest of them all? Elon Musk surpasses Jeff Bezos' net worth 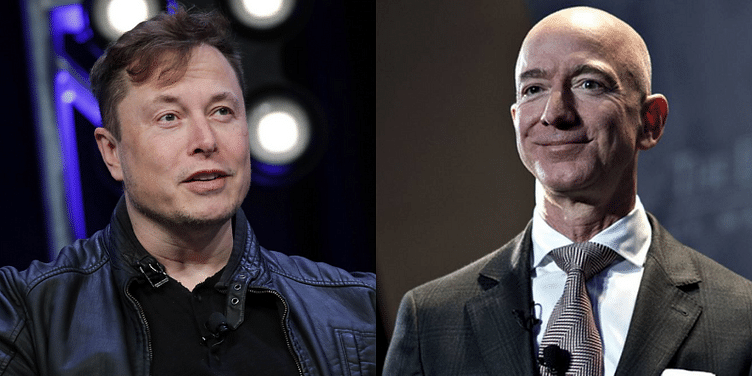 Tesla founder Elon Musk has added more than $160 billion to his fortune in the last one year, and has dethroned Jeff Bezos as the 'world's richest person'.

‘The rich get richer and the poor get poorer’, English poet PB Shelley wrote in A Defence of Poetry in 1821. But even 200 years later, the statement holds true.

Post the COVID-19 outbreak, even as the world faces its worst economic crisis since the 1930s Great Depression, crashing stock markets, plunging currencies, shelving companies, killing jobs, and so on, the ultra-rich continue to get richer.

Tech billionaire Elon Musk, for instance, has added more than $160 billion to his net worth in the last 12 months, and has surpassed Amazon CEO Jeff Bezos' net worth to become the 'world's richest person'. Jeff Bezos had held this title since October 2017.

The Tesla founder's fortune stands at $195 billion, while Bezos is currently worth $185 billion, according to the latest Bloomberg Billionaires Index (a dynamic ranking of the world's 500 wealthiest people).

In the last one year, Tesla's share price has surged an eye-popping 473 percent riding on steady profits, inclusion in the S&P 500 Index, and general enthusiasm from Wall Street. As a result, Musk's fortune witnessed staggering growth too.

In November, he had surpassed Microsoft's Bill Gates to become the world's second-richest person, trailing only Bezos.

Interestingly, Musk and Bezos are direct competitors in the space exploration sector via their companies Space X and Blue Origin, respectively.

It is likely that Musk will continue to add more wealth as Tesla shows impressive growth. The electric carmaker manufactured over half-a-million units last year, which is just a fraction of the output of automotive giants Ford Motor and General Motors.

"Wednesday’s [and Thursday's] jump in Tesla’s stock price further inflates a valuation light-years apart from other automakers on numerous metrics...," Bloomberg stated. "The company is poised for further near-term gains," it added.

Tesla is also likely to launch in India in the first quarter of 2021. Transport Minister Nitin Gadkari had confirmed the company's entry at a media interaction in December.

"American auto major Tesla will have its distribution facility (sale centres) for its cars in India from next year and, considering the demand, it would look into setting up of manufacturing here (too),” Gadkari was quoted as saying.

As per reports, the first Tesla car to be available in India will be the Model 3, with an estimated price tag of Rs 55-60 lakh. Musk himself had confirmed Tesla's India launch in a Twitter chat last year.