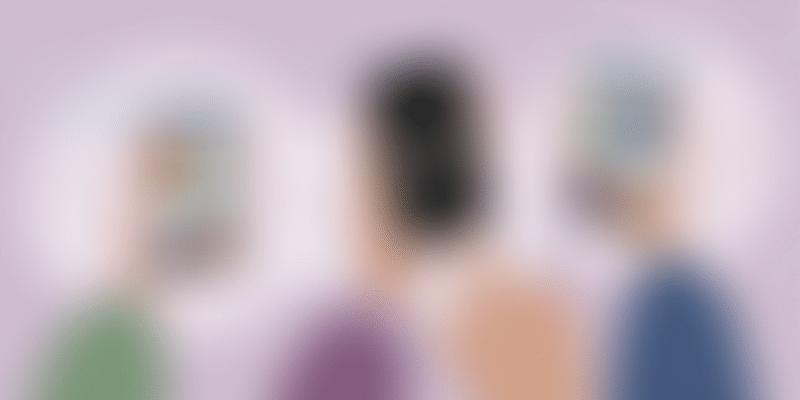 Bengaluru-based Leher is a video discussion platform, where people with similar interests can come together to discuss ideas, learn, and network.

After the Indian government banned hundreds of Chinese apps last year, it put the spotlight on homegrown apps that served as an alternative to China apps. However, this also shifted the focus to other Made-in-India apps.

﻿Leher﻿, a live discussion social network, has now come under the spotlight as the Indian Clubhouse. Few months ago, New York-based ﻿Clubhouse﻿ had become the buzzword, trying to redefine social media. The invite-only app is a platform where one can chat live through audio and discuss with their network, community, or friends.

However, Leher is a video discussion platform, where people with similar interests can come together to discuss ideas, learn, network, and build relationships.

Started in 2018 by Atul Jaju and Vikas Malpani, who also co-founded ﻿Commonfloor﻿, Bengaluru-based Leher is available on both Google Play and Apple’s App Store. The company claims that its current userbase of 150,000 users are spending between 15 minutes to two hours on the app, discussing and debating with like-minded people.

Since the app is creating a lot of buzz in India’s entrepreneurial ecosystem, we decided to explore it for this week’s app review, and here are our first impressions.

You can start using the app by signing up with your Facebook account, Gmail account, or by providing your phone number. After signing up, you have to give a username and your full name.

The app then redirects you to a screen, which has a plethora of interest areas, and you can select the categories of your interest. Similar to social media, the users can follow each other and send direct messages to each other.

The key feature of Leher is its live discussions, which are saved in your profile, similar to Instagram’s IGTV. Unlike Clubhouse, the app can be used by anyone, and users only need an invite for private clubs.

In terms of the user interface, the live discussions are a full-screen video, and people part of the discussion are shown in a smaller box, unlike the screen being split into two on Instagram.

Any user can start a new conversation on the app. For instance, we had just two followers and we followed zero people, but when we went live, about 20-30 users were viewing it live.

You can also invite other users by sharing the ‘discussion’ link, which can be viewed only after downloading the app. The app also lets you record the discussion live and lets us schedule a discussion and go live accordingly. The time limit for a live video is about 180 minutes, and there is no time limit for club sessions.

Leher also hosts clubs across topics and has private clubs as well as public clubs. The community creators can choose between publicly listed vs fully private (invite only) clubs.

The discussion feature on the app has various other features like audio-video controls, the ability to switch between audio-only or video discussions, and listener/speaker modes. It also allows people to send reactions in the video, host polls, and add other people as participants in a discussion. The app also lets us record public discussions and make them available as a video replay. However, recordings are not allowed in Club Rooms.

The app makers say the public discussions can be limited to Clubs or opened for discovery by more than 100K users on the platform. There is no limit to people joining a club on the Lehar app. However, 25 people can be speakers and moderators and up to 10,000 can join the live discussion as listeners. Some reports say the app lags if it has more than five people at a time. We tried it with only-two participants, and it went smooth.

The app hosts clubs for communities like product managers, entrepreneurs and investors, book lovers, footballers, Google business groups, women business owners, rotary club, poetry club, LGBTQ Club, and other subcultures that are attracting audiences from across the country. The app is so far free, and one can join any public club and private club if they have an invite.

Users can discover clubs by tapping the club icon on the bottom of the home screen and explore as per their interest. To create a club, you will have to fill a form on the app and the makers will get in touch with you.

Leher has an easy-to-use user interface (UI) and elegant look and feel. The app surely stands out for creating interest-based networking unlike the likes of Facebook and Twitter. It is also a great alternative for the likes of Clubhouse, which reeks of elitism and is only available on Apple’s iOS, whereas Leher is more accessible and is available for Android users as well. The app is great for aspiring podcasters and content creators or for simply networking.

In terms of clubs, it has a lot of well-known creators and personalities, but mostly from India. It would be great if the app could host more global users and clubs.

While we did not face any screen freeze issues, one concern was that we faced some audio echo issues during one or two sessions.

Meanwhile, the app makers say they are revamping the app at the moment and are working to add more features such as the ability to distribute live discussion recordings to multiple podcasting networks.

The company says that Leher is working on multiple monetisation models that will allow content creators and curators to monetise their audience and work with brands.

Apps like Clubhouse and Leher are trying to redefine social media, which are anchoring themselves around ‘shared interests’.

Other apps in a similar space are Wavve, Discord, Riffr, Spoon- to name a few. These apps follow the likes of Facebook and ﻿LinkedIn﻿ that are focused on friends and work relationships, and Twitter and Instagram that are centered around one’s views and celebrities.

We surely recommend you try the app, especially if you felt some FOMO (fear of missing out) on Clubhouse.