Just like test #3, Pujara, Budget 2021 is an attempt to make the most of India’s hamstrung resources 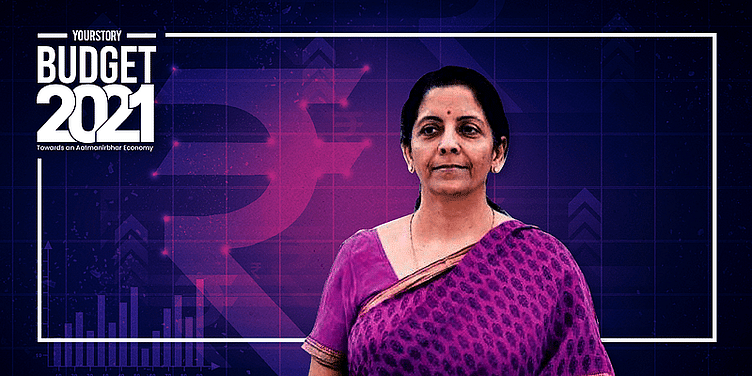 Budget 2021 struck a near perfect balance, with infrastructure, preventive healthcare, and R&D being the highlights.

For a test cricket fiend like me, the mind always looks for cricket analogies in the humdrum of life between two matches. This one was too tempting to resist.

In case you are living under a rock (pun not intended), a key architect of probably India’s most famous test series win (on par with the 1971 England and West Indies away series wins) was our favorite man/rock hybrid, Pujara. He took body blow upon body blow, as he grinded out the best bowling attack in the world.

Similarly, COVID-19 and the associated lockdowns have been a punch to the gut for the Indian economy, much like the global economy.

However, the US, EU, and most other developed economies could spend their way out of trouble; read, a $900B stimulus package for the EU to an eye-watering $1.9 trillion proposal from the new kid on the block for the US. India’s currency, inflation, and general fiscal position don’t allow for such profligate programmes.

With that context, I think the Budget struck a near perfect balance. The highlights for me were – infrastructure, preventive healthcare, and R&D.

Again, unless you have been under the aforementioned rock, every finance article in the past week has highlighted how the Budget proposed a 35 percent year-on-year hike capital expenditure to Rs 5.5 trillion.

Along with the relief from no announced increases in direct taxes, it has pretty much been the driving force behind the 9 percent three-day rally since the Budget announcement. The importance of this measure is underscored by the yawning gap left behind by pull back of private investment in 2020. Government spending is vital to bringing us back on track by creating jobs and having a multiplier effect on the economy.

However, as the cliché goes, the devil lies in the detail – execution is everything here. While it may sound alien to most shopaholics, the government missed its spending goals in the past couple of years. India’s widening fiscal deficit and overall borrowing levels put pressure on its sovereign credit rating.

So, if tax collections are lower than expected and/or the government is unable to scratch the surface of its ambitious disinvestment target, we might see history repeat itself.

Despite being subject to execution risk, the other two highlights for me have signaling value that could help in the long term and hopefully are emblematic of a general mindset shift.

Another feature of Finance Minister Nirmala Sitharaman’s Budget has been ~140 percent increase to Rs 2.2 trillion in the health and “well-being” allocation. The expanded definition looks to address healthcare more holistically i.e., to shift focus from just curative care to aspects like sanitation, drinking water, and nutrition among other preventive measures.

Currently, the healthcare environment in India is highly fragmented, with significant variability in the quality, cost, and efficiency of care provided. The system is primarily focused on acute care, with health and wellness management, disease prevention, chronic disease management, and provision of a continuum in care, being significant system deficiencies, that still stay unaddressed.

There is a large public-private divide, with the public sector serving the weakest economic component of society and the private sector targeting the growing middle and affluent sections of society.

Majority of Indian patients still pay out of pocket for care citing under penetration of insurance and the private organised healthcare providers that can deliver better quality care. Overall healthcare expenditure (both public and private) lags countries like the US and even other developing countries like Brazil. The government’s economic survey put India at #179 out of 189 countries with respect to focus on health in public spending.

The increased Budget allocation and wider focus is a start, but there are still unaddressed gaps. The healthcare ministry’s allocation of total spending is largely the same, if not lower. Capital expenditure is still budgeted to be only in 3-5 percent of the overall healthcare budget. In order to address critical gaps concerning public hospitals and labs, this needs to be closer to double digits in the near-term.

While India is a popular destination for major technology companies to set up R&D centers, our spends at ~0.7 percent of GDP is abysmally low even compared to other developing countries. To address that, the government had announced setting up a National Research Foundation (NRF) in 2019.

However, it was in the current Budget that the government announced an Rs 50,000 crore (over 5 years) allocation to the NRF. This is going to provide a huge fillip to the pace of genuine indigenous innovation and importantly is a signal for the private sector to increase spending as well. Our target should be to increase R&D spends 2-3 percent of GDP within the next couple of years.

We need to create our own IP in critical areas like AI/ML, quantum computing, battery tech, and as we have seen through 2020, biotech. Any measurable impact from R&D will only be felt over 5-10 year periods – so, hopefully by 2030 big innovations like the RNA vaccines will come out of India.

Coming back to my pet cricket analogies, Pujara set up the innings for us, but it was Pant and Co who took us victory at the Gabba. This Budget has laid the foundation, but hopefully, exemplary execution will follow on the path to India’s economic resurgence.