Budget 2021: What is the expected impact on consumer spending? 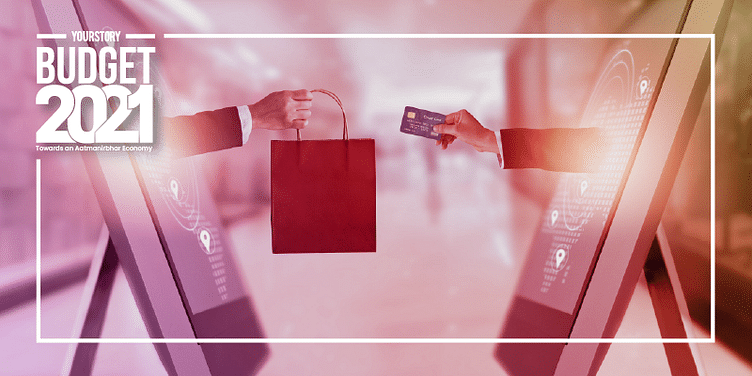 With a revised expenditure target, it is hoped that the new Budget will help revive the slump in consumer spending, writes Sapna Arora, CMO, OLX India.

This year’s Budget could possibly have been one of the most anticipated ones, given that the pandemic impacted economy was looking for all possible respites and reprieves.

With a revised expenditure target for FY 2021 at Rs 34.50 lakh crore, it is hoped that the new budget will help the slump by reviving a cautious and somewhat inhibited consumer sentiment by putting spending back on track.

The question that hovers around most middle-class minds around every Budget is about income tax slabs. In the last Budget, Sitharaman had revealed a new tax regime. This year, the minster put the focus on revenue mobilisation through asset monetisation instead of higher taxes.

Thus significantly, there is no change to the personal tax slabs this year, no new wealth tax was announced, no COVID-19 cess and no changes to long-term capital gains tax rates.

This is expected to revitalise the dampened consumer sentiment, tremendously crushed by the pandemic.

Increasing disposable income in the hands of the Indian middle-class will help boost consumption through improved purchasing power.

How Union Budget 2021 can benefit your annual tax slabs

Another significant feature of the budget is an agriculture infrastructure and development cess of Rs 2.5 per litre on petrol and Rs 4 per litre on diesel.

However, the Minister explained that other (excise) duties on both fuels had been adjusted, “so that overall consumer does not bear any additional burden”. This would further help liquidity in the hands of the consumer while allowing for a special fund for agrarian development, which will give a much-needed push to the country’s rural sector.

A word of caution is important here; while undoubtedly, the calibration of the cess is a positive move, yet the additional cess proposed on both petrol and diesel, will add to the cost of goods and services. This is a little worrying in the face of continual concern on the already steep petrol and diesel prices, all of which adds up to rising inflationary costs.

Another key concern the Budget addresses revolves around jobs lost in the course of the pandemic. Recognising the need for gainful employment, besides the 1.4 lakh jobs to be created by March 2021, the Budget focuses on building resilience in the economy with increased infrastructure spending.

Despite challenges in meeting fiscal math, the government has budgeted for an increase in capital spending by a sharp 34.5 percent over the last year. Focused infrastructure projects should help create jobs and stimulate demand, in the long run.

In this context, the budget is encouraging for the small and medium entrepreneurs and the startup ecosystem as well. The Finance Minister has accorded an extended tax holiday to startsups, providing a critical post-pandemic boost to the nascent ecosystem. Startups will also now get capital gains exemption by one more year to March 31, 2022.

In addition, the steps incentivising one-person companies to grow will provide much-needed reassurance to the entrepreneur mindset.

Yet another step in this direction is the financial support announced for MSMEs to aid their recovery, these hand in hand with government efforts from last year should go a long way towards providing a much-needed impetus to economic activity.

If MSMEs are able to improve productivity and join the digital transformation revolution, it will help in building resilience in the economy.

While there are understandable concerns about no relief in tax slabs, huge income inequities and soaring fuel prices amongst others, all in all, the plan for focused expenditure on infrastructure and health, efforts to revive local manufacturing along with MSMEs, tax reforms and financial sector reforms are all positive steps towards reviving the country’s ravaged economy and moving towards the $5 trillion goal.