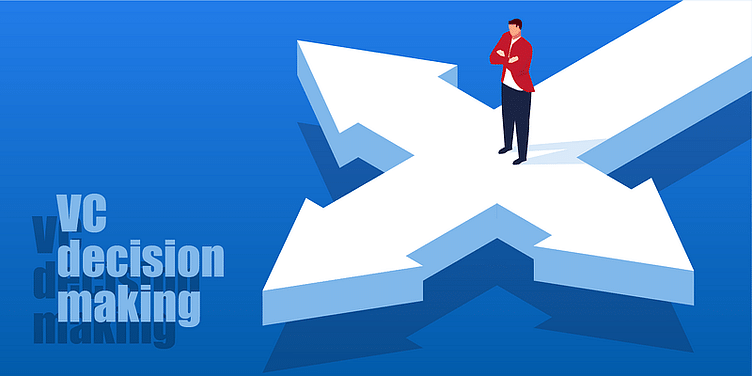 A Harvard Business Review Report surveyed several top VC firms to understand the science behind their decision-making. This is how investors decide on funding a particular startup.

For many high-growth tech companies, raising funds is an important part of the journey. While all have a list or playbook of dos and don’ts, VCs follow a science-based approach. A Harvard Business Review report said that over the past 30 years, venture capital has become the essential driver of economic value. It said companies like﻿Amazon﻿, ﻿Facebook﻿, ﻿Apple﻿, ﻿Google﻿, Intel, ﻿Microsoft﻿, and ﻿Credence Whole Foods Private Limited﻿ have created great value and their early success can be attributed to venture capital funding.

But while we have an idea of how investors help to bridge the gap and help great ideas find the funds required to grow, little is known as to how VCs create value. The HBR report surveyed leading VC firms and asked them how they select and structure investments, source deals, manage portfolio companies post-investment, manage relationships with LPs, and organise themselves.

Like founders, the first task for VCs is to connect with the startup looking to raise funding. The report cites the example of Jim Breyer, who is the Founder of ﻿Breyer Capital﻿ and the first VC investor in Facebook, and believes that high-quality deal flow is essential for strong returns. “I’ve found that the best deals often come from my network of trusted investors, entrepreneurs, and professors,” he said.

“My peers and partners help me quickly sift through opportunities and prioritise those I should take seriously. Help from experts goes a long way in generating quantity and then narrowing down for quality,” he added in the report.

“But almost 30 percent are generated by VCs initiating contact with entrepreneurs. As Rick Heitzmann of ﻿FirstMark﻿told us, “We believe that the best opportunities don’t always walk into our office. We identify and research megatrends and proactively reach out to those entrepreneurs who share a vision of where the world is going,” said the report.

This implies that it is important for entrepreneurs to connect with the right social and professional circles to get funding.

But even for those who are able to gain access to a VC, the odds of raising funding aren’t high.

The HBR survey found that for every deal a VC firm eventually closes, the firm considers over 101 opportunities on average. Of these, 28 will lead to a meeting with the management, 10 will be reviewed with a partner meeting, and close to 4.8 will produce due diligence. The report explained of these 4.8, close to one will move to a term sheet and funding. It takes a cycle of 83 days to close a deal.

“Firms reported spending an average of 118 hours on due diligence, and they make an average of 10 reference checks in that time frame,” noted the report.

While the number of deals rejected by VCs is high as compared with the deals they accept, they can be pretty aggressive with the companies they like.

It is important to have a clear message about what you will and won’t do, how you approach a vision, and how your startup helps.

The report said - “One framework suggests that VCs favour either the “jockey” or the “horse”. (The entrepreneurial team is the jockey, and the startup’s strategy and business model are the horse.) Our survey found that VCs believe both the jockey and the horse are necessary—but ultimately deem the founding management team to be more critical. As the legendary VC investor Peter Thiel told us, 'We live and die by our founders’.”

Founders are the most important factor in the decision to pursue a deal. The report states that around 95 percent of the VC firms attested to this. It was followed by the business model at 74 percent, market at 68 percent, and finally, the industry at 31 percent.

[YS Learn] The most exciting days are ahead of us: Sanjot Malhi of Matrix Partners India on the rise of consumer tech

What about the metrics

The valuation of the company, the report said, is only the fifth-most cited factor for deal decision-making. Interestingly, the report points out that traditional financial models aren’t followed by VCs.

“While CFOs of large companies generally use discounted cash flow (DCF) analysis to evaluate investment opportunities, few VCs use ﻿DCF Ventures﻿or other standard financial-analysis techniques to assess deals. Instead, by far the most commonly used metric is cash-on-cash return or, equivalently, multiple of invested capital—simply the cash returned from the investment as a multiple of the cash invested,” said the report.

The next metric commonly used is the annualised internal rate of return (IRR) a deal generates. The report explained that none of the VCs also adjusted their target returns for systematic or market risk — grail in most MBA books, and practised by corporate decision-makers.

“Strikingly, nine percent of the respondents in our survey did not use any quantitative deal-evaluation metric. Consistent with this, 20 percent of all VCs and 31 percent of early-stage VCs reported that they do not forecast company financials at all when they make an investment,” said the report.

The most successful M&As and IPOs are the real drivers of VC returns. A successful exit has the potential to generate a 100-fold return.

“Because exits vary so much, VCs focus on finding companies that have the potential for big exits rather than on estimating near-term cash flows. As JP Gan of INCE Capital explained to us, “Successful VC deals take a long time to develop, mature, and exit. We very much focus on potential return multiple rather than on NPV or IRR at the time of investment. IRR is only calculated after there is an exit for our limited partners,” the report quoted as saying.

What are VCs flexible about in the term sheet?

It is an established fact that term sheets are designed in a way to ensure that the entrepreneur and the startup does well, and if not, the investors take control

The report added - "Prior studies of VC investment terms show that VCs accomplish that through the careful allocation of cash flow rights (the financial upside that gives founders incentives to perform), control rights (the board and voting rights that allow VCs to intervene if needed), liquidation rights (the distribution of the payoff if the company flounders and has to be sold), and employment terms, particularly vesting (which gives entrepreneurs incentives both to perform and to stay at the company).”

The deals are made in a way that entrepreneurs who hit milestones retain control of their companies and for those who miss, VCs bring in new management or a change in direction, but that decision is, again, based on different factors.

“The VCs indicated that they were relatively inflexible on pro-rata investment rights, liquidation preferences, and anti-dilution rights (which protect their potential economic upside) as well as on the vesting of the founders’ equity, the company’s valuation, and board control (which is often seen as the most important control mechanism). As one VC put it, pro-rata rights, which allow VCs to acquire an additional stake in a company, were paramount because “the biggest source of our returns is our ability to double down on our winners,” the report stated.

On the other hand, they are more flexible when it comes to the option pool, amount of investment, redemption rights, dividends, participation rights, etc. These tend to have a smaller effect on the potential returns of the VCs, and are more negotiable.

These include connection to other investors - close to 72 percent, hiring board members - 58 percent, hiring employees - 46 percent, and strategic guidance - 87 percent. The success or failure of these, according to VCs, are determined by the management team.

Beyond Unicorn dreams: the many paths to the entrepreneurship journey