Our digital transactions have gone as high as 67 pc now: SBI Chairman 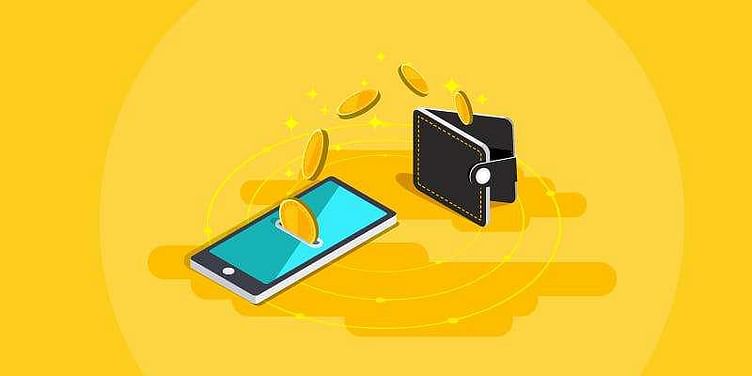 The rise in the number of digital transactions at the bank was largely driven by pick up in ecommerce during the pandemic-induced lockdown, which restricted movement, Chairman Dinesh Khara said.

The country's largest lender, ﻿State Bank of India﻿, has seen a perceptible increase in the number transactions happening at its multiple digital channels, with the percentage moving from 60 percent in the pre-pandemic period to 67 percent currently, Chairman Dinesh Khara said.

The rise in the number of digital transactions at the bank was largely driven by pick up in ecommerce during the pandemic-induced lockdown, which restricted movement, he said.

When ecommerce picked up, it was actually the digital channels we are offering that got wider currency and acceptability. That is one of the reasons our digital transactions have gone as high as 67 percent now.

I think it is a phenomenal number, considering the fact that we are a bank which is serving all kinds of customers - digitally savvy and not digitally savvy, Khara told PTI in an interaction.

He said the ecosystem such as round the clock availability of Real Time Gross Settlement System (RTGS) and National Electronic Fund Transfer (NEFT), which got created recently, also helped the bank in scaling up its digital transactions.

I think part of it (higher digital transactions) is coming from the ecosystem and a part of it has come from the bank's own effort, he noted.

The lender's digital lending platform - Yono (You Only Need One App) - has achieved significant growth during the current financial year.

At present, there are 35 million registered users of Yono, and the bank is opening over 35,000-40,000 savings accounts per day with the help of the mobile app, he said.

During the current financial year, around Rs 16,000 crore worth of pre-approved personal loans (PAPL) have been disbursed to 12.82 lakh customers through Yono, Khara said.

So far in this fiscal, close to 25 lakh personal accident policies and seven lakh life insurance policies have been issued using the Yono platform, Khara said.

As more and more users are coming and using it (Yono), we are only ensuring that it becomes all the more robust so that it is in a position to handle and generate more volumes and create value for the bank, while also improving the experience of our customers, he said.

The bank is constantly augmenting the infrastructure required to support an increasing number of transactions through all its digital channels, he said.

Khara said the bank's topmost priority is to provide safety to customers using its digital channels, and has significantly scaled up capabilities to deal with any kind of cyber frauds.

We have ensured that the firewalls are strong enough and there should be adequate protection both at the end point as well as the server level, he said, adding that the bank continuously keeps reviewing protection levels to ensure that all channels and networks stay protected.

According to Kiran Shetty, CEO and Regional Head, India and South Asia for SWIFT, who was also part of the interaction, while the COVID-19 pandemic accelerated digital transactions and payments, it also necessitated remote working conditions, resulting in banks and financial institutions further ramping up their security infrastructure as cyber threats continued to grow. The Society for Worldwide Interbank Financial Telecommunication (SWIFT) is a network that enables financial institutions to send and receive information about financial transactions in a secure environment.

At SWIFT, we actively support the global financial community in the fight against cyber-attacks by fostering a more secure financial ecosystem, Shetty said.

He said SWIFT's solutions such as Payment Controls System allows banks to mitigate fraudulent attacks by monitoring transactions on a real-time basis and detecting these potentially high risk transactions, alerting the teams and combined with the ability to block payments and transactions, prevents cybercrimes.

Shetty said SWIFT also runs a customer security program which its members need to follow. There are 31 principles to protect the environment in which SWIFT infrastructure operates.

Khara said products from SWIFT have added to the transparency for customers, both in terms of tracking the status of various payments and the transaction costs.

He said going forward, digitisation is more likely a default option as the bank serves a variety of customers in different geographies but physical branches will remain.

It is not an 'either-or' situation. Physical and digital will co-exist. Our strategy is going to be phygital, Khara concluded.