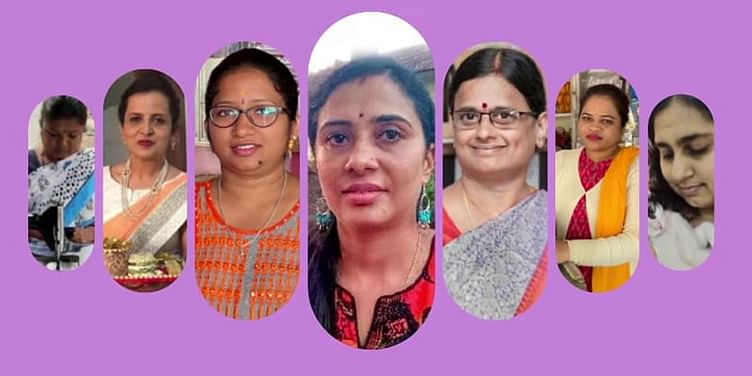 YourStory presents this daily roundup of the latest startup news and updates from the Indian startup ecosystem and beyond. Here's the roundup for Monday, March 8, 2021.

To provide women with a platform to showcase their businesses, PhonePe launched the StreeEO initiative ahead of Women's Day on March 8. The campaign aims to put the spotlight on women-led businesses across the country and help them reach a bigger audience via PhonePe's user base and social handles.

﻿Reliance Capital﻿Foundation Chairperson Nita Mukesh Ambani launched a social media platform 'Her Circle' aimed at empowering women. Her Circle is envisioned to be a one-stop destination to provide women-related content that is engaging and upliftment-oriented even as it connects women through a social platform.

Backpacker hostel startup Zostel Hospitality, which was embroiled in a legal battle with OYO for the last three years after merger talks broke down, on Sunday claimed that it had won against Oravel Stays, which owns and operates hotel chain OYO, and was entitled to get a cost from the hospitality unicorn. However, speaking to ﻿YourStory Media﻿, OYO denied the claim and said there was no relief to ZO Rooms in terms of getting any OYO share ownership.

After conquering the feature phone market with its 4G-enabled JioPhone, Reliance is developing JioBook — a low-cost, 4G-enabled laptop that could launch by the end of the year. The "larger-screened device" is expected to run a version of Android OS — which could be dubbed JioOS — and will bundle Jio's suite of apps that can be accessed through a Jio 4G LTE connection.

Beating the odds, online gaming industry eyes the next milestone (Future of Work)

As devastating as the COVID-19 pandemic was, it forced people to stay at home, and offered gaming enthusiasts more time to explore online games. Almost a year later, the popularity of online games is yet to hit a plateau. On Day 2 of YourStory’s Future of Work 2021 summit, industry leaders spoke about the challenges that were holding the online gaming industry back from scaling ahead. Sharing their insights on ‘Solving for scale and complexity in gaming,’ were Mitesh Agarwal, Director, Customer Engineering, Google Cloud India; Sandeep Agarwal, CTO, ﻿Games 24x7﻿; Arpit Chaudhary, CTO, ﻿GreedyGame﻿Media, and Shubh Malhotra, Co-founder, MPL.

Ecommerce major Amazon said over 50,000 offline retailers and neighbourhood kirana stores across 450 cities in India are now part of its 'Local Shops' programme. Launched in April this year, Local Shops aims to enable local shopkeepers and kirana store owners to sell online. In October, Amazon India had said the programme had seen participation from over 20,000 retailers in 400 cities.

India plans to launch an earth observation satellite on March 28 that will provide it near real-time images of its borders and also enable quick monitoring of natural disasters. GISAT-1 is slated to be lifted into space by GSLV-F10 rocket from Sriharikota spaceport in Andhra Pradesh's Nellore district, about 100 kms north of Chennai.

In a unique initiative, Prime Minister Narendra Modi on Monday marked International Women's Day by purchasing several products that celebrate their "enterprise, creativity, and India's culture." Women are playing a leading role in India's quest to become 'aatmanirbhar,' he tweeted, urging people to commit themselves to encourage entrepreneurship among women.

Prime Minister Narendra Modi said the poor and needy have been able to save Rs 50,000 crore annually due to various health-related measures taken up by his government like providing affordable medicines, healthcare and reducing the prices of medical devices.

At the Google for India 'Women Will' virtual event, Google CEO Sundar Pichai announced a new commitment to help 1 million women in rural villages in India to become entrepreneurs through business tutorials, tools, and mentorship. Under ‘Google.org Impact Challenge for Women and Girls’ initiative, ﻿Google.org﻿ will provide $25 million in grants to non-profits and social enterprises that are helping women and girls reach their full potential in India and around the world.

﻿Prosus Ventures﻿has announced the launch of its new higher education and employment initiative called 'Prosus FLIGHT' for marginalised women and girls in India in partnership with UN Women. Prosus FLIGHT aims to alleviate some of these barriers by supporting 750 women and girls to earn a formal degree or certification, as well as helping them to attain employable skills that would allow them to participate in India’s digital economy.

Delhi-based student housing community Ezstays has raised $400,000 in a seed round from Richard Rekhy, former CEO of KPMG and other private investors. According to the company statement, Ezstays will allocate funds to further refine its customer experience.

Stylework, a Gurugram-based co-working aggregator platform with a pan-India presence, has raised Rs 4 crore in a pre-Series A round led by Inflection Point Ventures (IPV). The startup will invest the funds to expand its network in Tier-I cities Bengaluru, Mumbai, Hyderabad, Pune, and Chennai. A fair portion will also be used to upgrade technology and boost product growth.

India’s leading ecommerce marketplace Flipkart has announced the launch of the Motorola 4K Android TV Stick in India, priced at Rs 3,999. This is part of Flipkart’s partnership with Motorola, which made its entry into a segment that it says is gaining traction among Indian consumers. According to Flipkart, the stick is compatible with all Android TVs and has a built-in Chromecast that allows users to project their mobile screens onto the TV.

EU-India Innovation Centre, which is the collaboration platform between the regions of the European Union (EU) and India for the startup ecosystem, has launched its operations. The platform will select and prepare European startups to collaborate with Indian companies to stimulate bilateral cooperation between India and Europe.

Women are the backbone of the Indian agriculture sector, and their contribution is pivotal in making the sector self-reliant, the government said on Monday. Addressing a virtual event organised by the Indian Council of Agricultural Research (ICAR) to commemorate International Women's Day, two union ministers of state for agriculture -- Parshottam Rupala and Kailash Choudhary -- spoke about women's contribution in every sector, including agriculture.

A survey of over 3,500 retail stores to understand the financial transaction behaviour of women revealed that more than 65 percent of women still prefer dealing in cash, followed by Aadhaar Pay, UPI QR codes, and cards.

The Karnataka government will revise the existing startup policy, announced Chief Minister B S Yediyurappa who also holds the Finance Ministry portfolio. Presenting the State Budget on Monday, the chief minister said that there would be a revision of Karnataka's startup policy but no details were made immediately available.