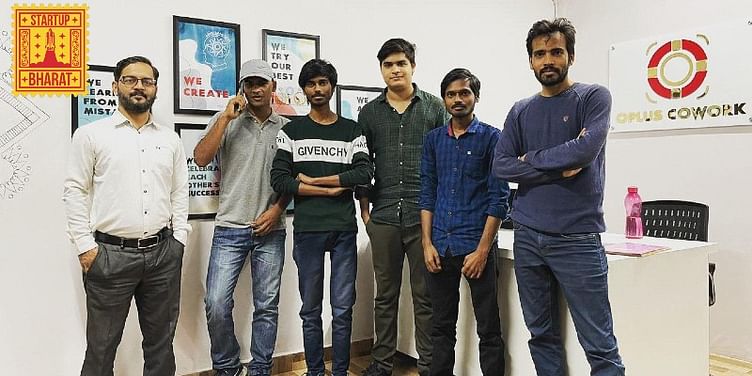 Patna-based coworking startup Oplus Cowork is capitalising on the shift towards more flexible, entrepreneurial, and collaborative work styles, and aims to create a coworking culture in Bharat.

Preetesh Anand, a boy from Bihar got the opportunity to work with investors, accelerators, and incubators across the globe. However, he wasn’t happy doing just that; he wanted to give back to his home state and this niggling thought led him to start up.

In 2019, he launched ﻿Oplus Coworking﻿, a Patna-based coworking space that works with startups, small businesses, freelancers, and companies, offering them office space, networking and collaboration opportunities, and cost efficiency.

“Our vision is to create a national coworking chain and help our local community,” says Preetesh, 31. He adds that Oplus Cowork provides an opportunity with “space as a service”, capitalising on the secular shift towards more flexible, entrepreneurial, and collaborative work styles.

“Oplus is a workspace to start, manage, and build innovation, education, and growth. We are strongly passionate about entrepreneurship, business, and creativity. We bridge the gap between startups and corporates, and bring them together, setting up ways to connect with, learn from, and grow with each other,” he says.

Oplus has a team of 10 members, including founder member Ajeet Kumar, and mentors Akhilesh Kashyap and Rangnath Krishna Chandra.

It all started in 2014. Like most Bihari youth, Preetesh moved out of the state and went to Delhi for higher studies, planning to follow it up with a job. “I even got a job in a government company,” he recalls, adding that he was not at peace.

As a child, he looked forward to a new day every day – this was something that he grew up seeking. A routine job wouldn’t help, he felt, adding that he always held “entrepreneurship and doing something for Bihar’s ecosystem” close to his heart.

Preetesh soon quit his job and started working with small and medium businesses as a freelancer to help them to grow their business.

Later, he moved to Patna to focus on businesses in Bihar and in 2014 started SPLAN Corporate Solutions LLP, a startup to help businesses start, grow, and expand with digital services. The startup is still operational And his team along with co-founders are running it.

But he was still not satisfied and kept trying his hands at several other businesses as side hustles.

Preetesh’s aha moment came in 2018, when he realised that small towns needed coworking spaces, community building, and a startup environment at part with metros. This led him to start Oplus Cowork in August 2019 in Patna. He bootstrapped the coworking startup with Rs 20 lakh from friends and family, and has made a total investment of Rs 75 lakh till date.

Situated at Beli Road in Patna, the coworking place – spread over 5,000 sq ft – offers several packages, starting from Rs 3,000 a month and going up to lakhs (based on corporate partnerships). It has about 100 clients, from individuals to companies. The client list includes names like Bajaj Electricals, ﻿Flipkart﻿, Batla, Jass and Art, Leafydecor, and AAHL (OMED).

“India is focusing on local for vocal, and COVID-19 led a large amount of our workforce back to Tier II and III cities. So, demand of a workspace is higher in these cities,” he says.

Preetesh, who has worn several hats, including that of a founder, a startup advisor, techie, and more, says his idea was to start an incubation-cum-working space that focused on Bharat.

He adds that Oplus has been fully occupied for the last year except the lockdown period, and has been generating revenue of Rs 3-3.5 lakh each month. It is now expanding its space in Patna to cater to increasing demand and eyeing double-digit growth in FY22.

Going forward, Oplus Cowork wants to focus on expansion to other small towns of India. It is targeting Tier II and III cities such as Ranchi, Lucknow, Varanasi, and Indore in the next phase of its growth.

India is the second largest market for flexible workspaces in APAC, second only to China. A June 2020 report by ORF estimated the potential coworking market size to be Rs 15.5 million, comprising 1.54 million freelancers, 0.1 million startups, 1.54 million SMEs, and 10.3 million enterprises.

Several notable players such as Awfiz, ﻿Innov8﻿, Coworly, ﻿Smartworks﻿, T-hub, ﻿YesssWorks﻿, ﻿ABL Workspaces﻿, ﻿Incuspaze﻿, WeWork, and 91springboard, among others, are working to take the lead position in the growing coworking market. COVID-19 may have affected business but coworking startups are bullish on growth in the future.

Preetesh, who represented a ‘global shapers’ community from Patna at the World Economic Forum in 2016, says Oplus stands out for being a coworking space that offers people not only to get a place to work, but also enables collaboration and networking opportunities.

“Moreover, we are creating an ecosystem in Bihar, instead of the metros, and focusing on community, local, and beyond,” Preetesh says. “Our aim is to create a place where people work to make a life, not just a living.”