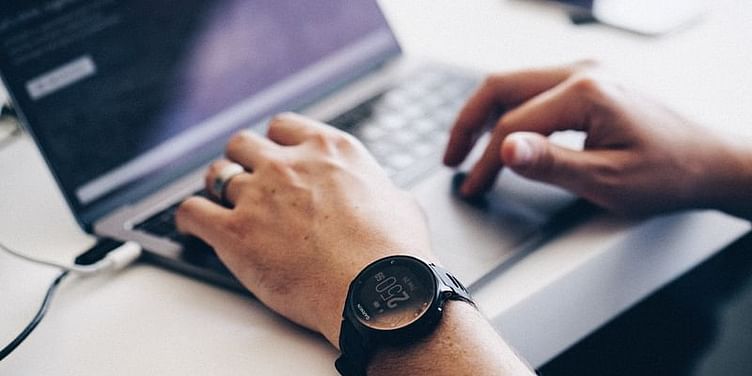 Strong momentum in the watch and earwear categories led to the "highest-ever first-quarter shipments in India", IDC said in a statement.

The Indian wearables market grew 170.3 percent year-on-year to a record 11.4 million units in the March 2021 quarter, as per research firm IDC.

Strong momentum in the watch and earwear categories led to the "highest-ever first-quarter shipments in India," IDC said in a statement.

Watches grew 463.8 percent year-over-year in the first quarter of 2021 to become the fastest-growing category in wearables, replacing earwear, which also maintains a triple-digit growth in the quarter under review, it added.

The overall wristwear category, including wrist bands and watches, grew 74.8 percent yearly in the said quarter, reflecting the growing popularity of fitness and health tracking devices in the country.

India becomes third-largest wearable market after China and US: IDC

However, shipments for overall wearables fell by 24.9 percent sequentially in the March 2021 quarter, owing primarily to a drop in earwear shipments. Following three-quarters of tremendous growth, the earwear category experienced a quarter-on-quarter decline of 28.6 percent in the first quarter of 2021.

This decline can be primarily attributed to the leftover inventory with channel partners as it restricted the fresh buying in this quarter, IDC said.

"The ongoing consumer enthusiasm for earwear devices demonstrates the category's healthy appetite. Vendors are trying to capitalise on the ride with low and mid-priced devices. This is not only helping lower the category's ASP (average selling price) but also adding improved features to acquire new users," IDC India Market Analyst Anisha Dumbre said.

She added that the challenges faced by the offline channel due to the pandemic had started to witness some normalcy, and vendors also explored the offline expansion as a crucial means to improve their businesses in both wearables and wristwear category.

However, the onset of the second wave has again halted the retail sales as most of the key cities are going through lockdowns, further pushing the offline expansion of companies for the next two quarters, she said.

The wristbands category saw a decline of 22.4 percent yearly in the March 2021 quarter, finishing the quarter with 760,000 units shipment. The category also witnessed a sequential decline of 13.9 percent as the users continue to migrate to watches, IDC said.

A total of 1.4 million watches were shipped in the first quarter of 2021. Noise led the category with a 26.7 percent share, followed by BoAT with 21.9 percent.

Noise — in a separate statement — said it shipped 3.67 lakh units of smartwatches in the March 2021 quarter.

"This is primarily due to market players focusing more on affordable devices, making TWS devices a popular choice for users. The ASP of the TWS devices further declined by 39.4 percent yearly in the first quarter of 2021," it said.

This category was also led by BoAT with a 25.6 percent share, and One Plus finished second with an 11.9 percent share in the quarter under review.

"From style to health monitoring, wearables have now become one of the most sophisticated devices in recent times. The category is witnessing a constant shift in the competitive landscape with new players entering the segment. The second wave of the pandemic has caused a sudden stir across vendors and channel partners, impacting the planned launches to postpone and delay in deliveries," Jaipal Singh, Associate Research Manager (Client Devices) at IDC India, said.

He added that over last year, the value of wearables has rapidly expanded, and hence, the demand for these devices is expected to continue strong in 2021.