Meme culture: Inside the growth of influencer marketing and its fan base 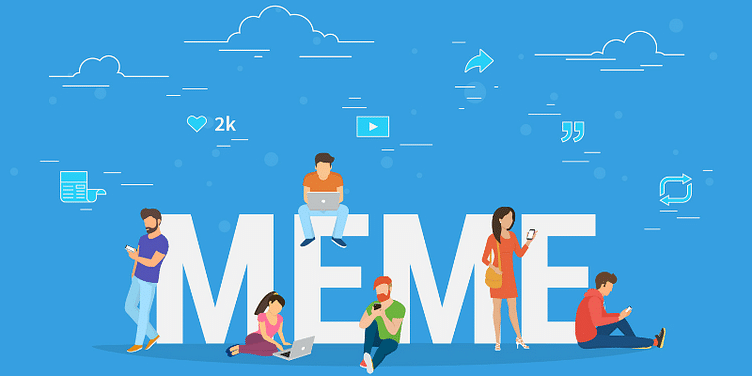 Today, memes are a very popular genre of creative expressions being extensively adopted for advertising and marketing products, social messages, or even for celebrity image building.

The word “meme” is now extensively used in marketing and owing to its increasing popularity, “a meme culture” has now become a catchall for easily copied but humorous and entertaining online content.

If you go deep into understanding why the meme culture grew at such a rapid pace, it was the uniqueness of capturing an expression or culture unit that is passed around on social media or in groups. Today, memes are a very popular genre of creative expressions being extensively adopted for advertising and marketing products, social messages, or even for celebrity image building.

Memes have a separate built-in audience and fan base, which helps in making the content go viral and gain popularity within a matter of a few hours.

Majority of successful memes spread through homogenous communities due to the shared knowledge and meanings that may or may not spread across huge social media groups.

But with digitisation, numerous meme groups speak the same language and construct a unanimous language and theme for the meme industry as a whole.

Meme up your marketing: how to use internet pop culture for brand promotion

Link between memes and influencer marketing

Memes and influencer content are both User Generated Content (UGC), which has a connected creator and audience base. We must understand that the original meme content is mutated, polarised, and diffused to create new and more engaging posts on the same base idea.

As discussed above, memes float through homogenous groups or creator groups that further connect to the vast audience on social media. This is where the role of influencers plays a critical role. Since meme content can be a personalised experience/view projected humorously, it has its limited audience but influencers engaging with such content and sharing it on their platform is how the meme marketing network works.

The flip side is that in many instances, influencers themselves become meme content due to a controversy or any humorous outburst in the media. This is a rare instance. It is generally the celebrities that attract the most attention, and also due to their huge fan base, they increase the probability of making the content go viral.

The major challenge for all corporations is that the meme-makers may not create content as per corporate guidelines and do not represent the same intent as needed by the corporate representatives. But still, the memes do give an authentic representation of product communication and brand ideas.

For a meme to be successful one of the major factors is “fecundity” i.e., the more copies of the meme produced, the better the dissemination and wider the impact. To foster this growth, influencers play a very critical role as they have a huge pool of target audience within their range.

Hence, a single share of the content can help it go viral. This is when mutation starts but the further copies or revisions of the original meme may degrade the content. Brands must keep an eye on the memes being recreated by influencers especially on the use of trademarks and other intellectual property.

Every brand has a specific amount dedicated to influencer marketing within their advertising budget, which is utilised in ideation, content creation, and dissemination of brand product/image through the various influencers available on the internet.

While influencer marketing is a new trend there are constant evolutions and new application methods in the space. One of these is meme marketing. Brands create content based on a viral meme, which is then propagated on social media by influencers to expand its reach and visibility.

Here are some of the key aspects to notice while creating a brand promotion plan harnessing influencers and meme creators.

Meme marketing is all about humorous content. People watch memes to get a good laugh and enjoy it. Also, engage influencers that have an audience that can understand the meme culture and content. For instance, an influencer who propagates serious content may not be apt for initiating meme-based content.

You may want to create your memes, which is a good idea. But if you are a brand with limited investment, it is always advisable to use memes that are already viral as they already have an audience base that can be harnessed to your advantage.

Do not cross the line

Memes can be about anything and everything. But the key here is to create content that does not affect anyone’s well-being or attack a community/group. Also, ensure that if you have a celebrity/influencer as a subject of your meme, it must not be derogatory but with the intent of good humor.

Influencers have a huge potential to evade a plethora of opportunities for you and your brand on a limited budget and with the fantastic duo of memes and influencer package, you can work wonders on your brand, provided you have the right idea, intent, and resources.