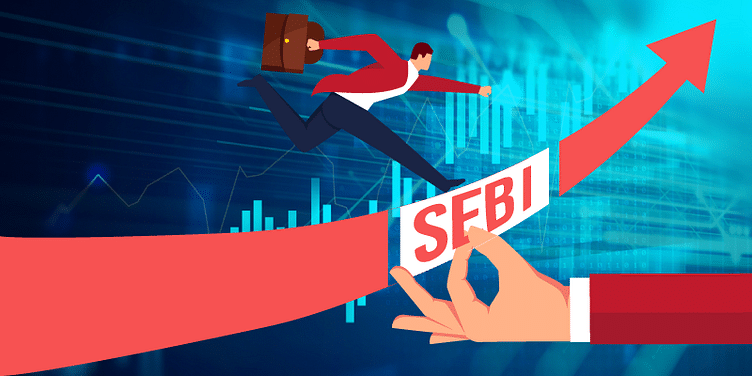 The regulator has reduced the period of holding of 25 percent of pre-issue capital of the issuer company by eligible investors to one year from the current requirement of two years.

With an aim to boost the listing of startups, markets regulator SEBI has notified a slew of relaxations to norms, including reducing the holding period for pre-issue capital and allowing discretionary allotment to eligible investors.

The changes have been made to the framework for listing on the Innovators Growth Platform (IGP), according to two separate notifications issued on Wednesday.

This comes after the board of SEBI approved a proposal in March in this regard.

Other relaxations include easing delisting requirements and relaxation in guidelines for migrating to mainboard.

This is aimed at making the platform more accessible to companies in view of the evolving start-up ecosystem.

The regulator has reduced the period of holding of 25 per cent of pre-issue capital of the issuer company by eligible investors to one year from the current requirement of two years.

The term 'Accredited Investor' for the purpose of IGP is renamed as 'Innovators Growth Platform Investors'.

Such investors' pre-issue shareholding would be considered for entire 25 percent of the pre-issue capital of the issuer company against the present limit of only 10 percent.

On the lines of provisions for the listing of companies on the main board, Sebi said the issuer company on the IGP would be allowed to allocate up to 60 per cent of the issue size on a discretionary basis prior to issue opening for subscription to eligible investors with a lock-in of 30 days on such shares.

Currently, the issuer company is not permitted to make discretionary allotment.

In line with the provisions of main board IPO, issuer companies that have issued superior voting rights (SR) equity shares to promoters and founders will be allowed to do listing under IGP framework, Sebi said.

Also, the threshold trigger for open offer has been relaxed from the existing 25 per cent to 49 per cent.

However, irrespective of acquisition or holding of shares or voting rights in a target company, any change in control directly or indirectly over the target company will trigger open offer, Sebi said.

An issuer company whose specified securities are traded on the IGP pursuant to an initial public offer may exit from the platform, if such an exit is approved by the board of directors of the company in its meeting, Sebi said.

Further, the regulator said that such an exit is approved by the shareholders of the company by a special resolution passed through postal ballot or e-voting, after disclosure of all material facts in the explanatory statement sent to the shareholders in relation to such resolution.

Further, for delisting, Sebi said the Reverse Book Building mechanism will not be applicable, and for computation of offer price, the floor price will be determined in terms of takeover regulations, along with delisting premium as justified by the acquirer/promoter.

In addition, it has eased framework for companies seeking to migrate to the main board.

Currently, for a company not satisfying the conditions of profitability, net assets, net worth among others for migration from IGP to main board requires a company to have 75 per cent of its capital held by QIBs as on the date of application for migration. This requirement has now been reduced to 50 per cent, Sebi said.

To give effect to this, Sebi has amended ICDR (Issue of Capital and Disclosure Requirements) Regulation and SAST (Substantial Acquisition of Shares and Takeovers) norms.

The new rules have become effective from May 5, as per the notifications.

In 2015, Sebi introduced the Institutional Trading Platform (ITP) with a view to facilitate listing of new-age start-ups. However, the ITP framework failed to evince interest. Last year, Sebi renamed it as the Innovators Growth Platform.