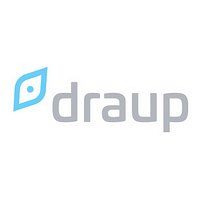 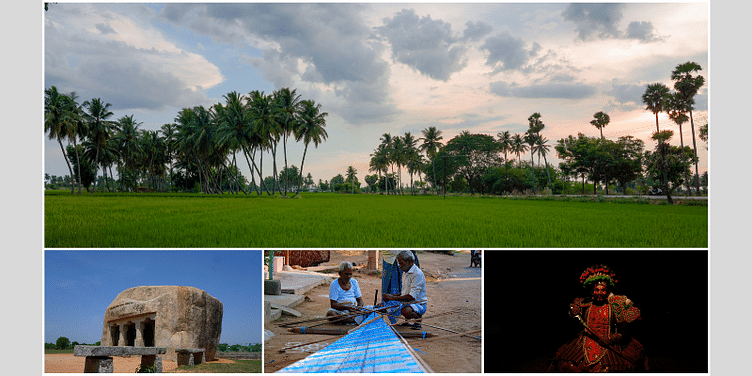 Flanked by lush green rice farms and situated on the banks of the Kosasthalaiyar river, Nemili in Tamil Nadu is a non-descript village that until a few years ago was known as a place which was predominantly inhabited by farmers and weavers.

What escaped the attention of most was the pool of untapped potential of Millenials who were science, arts and engineering graduates and yet, usually ended up migrating to other cities for better paying jobs.

With a population of just 12,000, Nemili got a chance to reinvent itself when the AI driven SaaS platform, Draup decided to set up a centre in the town in 2018 and tap into this unrecognised potential.

"There is plenty of talent not just in Nemili, but across the rural landscape of India. When we set up our Nemili centre, our primary goal was to be a stepping stone for the talent here, by either directly helping them build a career with us or equipping them with the skills to build a career outside Draup," says Vijay Swaminathan, CEO, Draup.

Draup’s office is set up in one of the 81 villages around Nemili called Agavalam. Working out of here are several functions such as Research, Product, Customer Success & Support and Customer Delivery.

Research, at Draup, is process-driven, where every problem statement is looked at from the lens of an industrial engineer. It is broken down to a sub-component and then to a micro-component level, followed by meticulous processes, all of this being enabled by a strong technology and automation infrastructure. With this model, they were able to scale from running one single research process at the centre to about 50 processes and 100+ sub-processes that now work like well-oiled machinery, everyday.

These reports not only make the biggest source of information for Draup’s other operations, but also directly caters to their global clients . From London to New York to Paris, the team from the small town is now servicing clients from several global hubs.

Since the Nemili center was set up, the platform’s capabilities have scaled exponentially with 12 million data points processed every week. The data contributes value across areas such as high-end R&D and digital transformation initiatives of global organisations, among others.

Tapping the indigenous potential and revamping the local economy

A challenge that often keeps corporates away from India’s rural towns are concerns about the availability of good talent. But, Draup is out to bust that myth. When Draup set up its Bengaluru centre in 2017, several employees of its 20-member research team came from rural communities. Their productivity and contribution underscored how there was ample talent waiting to be tapped into in the country’s villages. The realisation was the spark that goaded the Draup team to set up a centre in Nemili. "The thought process behind it was - instead of bringing talent here, why not go and create jobs where they are," adds Vamsee Tirukkala, Co-Founder and CCO, Draup.

Besides being the largest employer in the region, Draup has made a conscious choice to leverage the indigenous resources and local vendors to integrate themselves into the local ecosystem and the entire operations are supported by the same.

Draup also partners with campuses in the surrounding rural ecosystem and provides paid internships to college students and short term exposure opportunities to inquisitive students. They also have an internship to job offer model where top performing interns are recruited into the company after graduation. The team worked with over 200+ interns during the pandemic.

Respecting cultures and remoulding the freshers

The startup was particular about making its Nemili centre, culturally identical to that of any other corporate across the globe. "Draup’s flat hierarchy gave me the opportunity to interact with senior leaders and learn from their thought leadership and their innovative approach towards work. I can pitch ideas or offer suggestions to anyone or any process without any hesitation, which enhances my confidence," says Tamil Mani B, Senior Researcher.

For a new employee, Draup has a dedicated central training unit that provides all necessary skills, tools and context required to fit into the workplace, while employees already in the system learn on the job. "We have seen many success stories where people have learnt on the job, upskilled themselves and transitioned into a new role. These are our dream-come-true moments," says Vishnu Shankar, Center Head, Nemili. A budding product team at Nemili also works with their technology counterparts in Bengaluru to enable product planning, development and testing, he adds.

When Pavithra Gopal from Panapakkam joined the centre, she came with minimal understanding about research and technology. She started off in a research role working on multiple processes and projects. This experience helped her realise her passion for technology and product development and over a period of 6 months, she transitioned herself to a product role. Today, as an Associate Data Analyst, she works with developers and data scientists from other offices at Draup. "I'm enjoying my work at Draup as I can explore new things every day. I aspire to grow alongside Draup and build my own product someday," she says.

The Nemili facility also hosts a large open space where employees spend their evenings playing cricket or exploring hobbies like gardening, wall art, and so on. The team is a cohesive unit that celebrates festivals together like a family. For animal lovers in the team, the pet dogs at the centre are a welcome distraction to relax after a long day of work.

About 75 percent of Draup's workforce is women and this diversity runs across roles and levels of experience. But, this was not a conscious decision in the beginning. "It's one of those good things that happen to you and it just worked. Now, we know that gender diversity is an essential factor in the organisation, be it in bringing in more diverse perspectives and ideas at work, effective management and communication between teams and adding a lot of positivity to the workplace," says Vamsee.

At Nemili, Draup has touched the lives of at least 2,000+ families by providing job opportunities for women. A lot of them are talented graduates who do not get to venture out of the village due to societal notions. With an employer like Draup locally available, this breaks the social barrier and empowers them as earning members of the family.

Rabiya Begam, Senior Research Executive, who travels 38km every day to reach the Nemili centre from her home in Arakkonam , says, "If not for the Draup centre in Nemili, I don’t think I would have been able to pursue a career, considering most opportunities are in the cities, far from town.”

Komaladevi M, Research Executive II at Draup joined the centre inspired by the energy that startups bring, and the fact that it was close to her native place. "Draup Nemili has given many women a chance to build their career. This is a good example for other startups to launch new initiatives in rural areas, which could reduce the unemployment rates here,” she says.

Rising with resilience and envisioning a path ahead

In just three years, the Nemili centre has grown to 200+ employees, contributing to this is the work ethic and professionalism that the team carries. During the pandemic, most of the team was working from remote villages where internet access is still a problem. However, that did not hamper their spirits or productivity. “People worked from the middle of farmlands, their terrace or the shed outside their house just because those are the only places with decent internet reception. This is the mindset that keeps driving us," adds Vishnu.

The research team at Nemili has been significant in driving Draup's growth story. What started as a two-member experiment is now, more than 200-strong team. Their long-term vision is to set up more facilities like this across India. "We have always envisioned our centre to have 1,000 people. Towards this goal, we recently built a large facility that can house around 300 employees, and we strongly believe we will continue to scale further. We also intend to bring a lot more diversity in the type of work we do. One of our goals is to have a world-class Data Science team from the village," says Vijay.

While the response from local residents of Nemili has been extremely encouraging, Draup is eyeing more milestones that can help it nurture the budding talent in the town and help it drive impact. An expansion of its engineering team in Nemili are among the endeavours that Draup is planning to work on in the near future.

If you are interested in working on cutting-edge problems in the field of Data Science, Big Data and Application Development, Research, Management Consulting, Psychology or Data Analytics check out their website by clicking here.