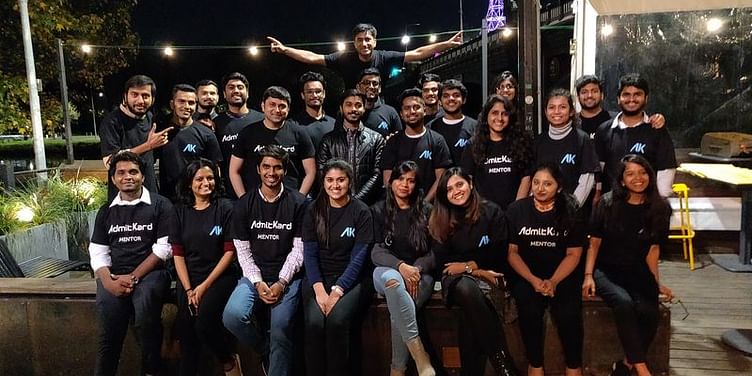 Including the current round, AdmitKard has raised a total of Rs 17 crore. It has created a community of international students and students looking to study abroad.

Noida-based edtech platform that simplifies accessing higher education abroad AdmitKard on Tuesday said it has raised Rs 10 crore in pre-Series A funding. To date, the startup has raised a total of Rs 17 crore.

“During the pandemic, we realised that students were not able to travel abroad due to the closed international borders. Hence, we doubled down our effort on ensuring the students’ experience in our long drawn funnel gets better. To enable that, we realised the guidance to the students’ needs to be product-driven instead of being dependent on humans. We sought guidance from our mentors from other edtech companies and de-skilled the entire counselling process, solving a major problem of counsellors in this industry.”

Launched in 2017 by IIT-IIM Alumni Piyush Bhartiya and Rachit Agrawal, AdmitKard claims to have served students from 26 states in India through its platform and has also served few students from other countries, including Sri Lanka, Nepal, Afghanistan, Nigeria, and Vietnam.

The startup is scaling at a fast pace, having counselled over 25,000 students, processing around 12,000 applications, and boasting a portfolio of over 2,300 universities across the globe.

“We witnessed a 1,100 percent hike in the number of queries pouring in... Now the focus is on growth, and hence we would be raising a bigger round. This is more like a mentors and well-wishers round. We are fortunate to have credible names from the edtech sector and other marquee angels backing us today," said AdmitKard CEO Piyush Bhartiya.

According to Vedantu Co-founder Vamsi Krishna, AdmitKard’s focus on productising student guidance and de-skilling the role of a counsellor is a big win as it solves a very fundamental problem of talent quality and standardisation at scale.

“The team is well placed to disrupt the space, which is unorganised and dominated by offline players with a great PMF and strong plans to scale, and hence, I have decided to back it,” said Ravi Shekhar KV, Co-founder, DoubtNut.