How the power of the cloud will evolve the gaming ecosystem 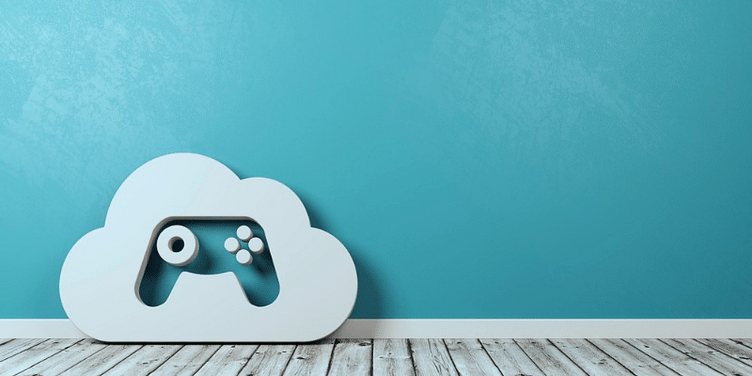 Imagine a world of gaming with a library of the latest and greatest games on-demand at the tip of your fingers. A world where you pick up any device — your phone, PC, or home entertainment system — and play your game seamlessly without any hassles with lag or graphics.

Your gaming experience will be free of glitches. You can pause and resume your game whenever and wherever you want. Does it sound like a dream?

What if I told you that these scenarios were real and very much possible? That’s the power of the cloud in the gaming industry.

Although cloud gaming has been around for over a decade, it is only in recent years it has indeed gained traction.

According to Newzoo, cloud gaming will hit the billion-dollar mark by 2021 end for the first time with $1.4 billion gaming revenues. This number is estimated to cross the $5 billion mark by 2023.

The “Netflixification” of gaming with cloud

Traditionally, video games have been bifurcated by hardware and software components of the game. Gamers needed to use hardware — often a console with a storage system — where the gaming software is mounted.

With cloud gaming, these clear lines of division between hardware and software are blurring. Games are now run on remote servers and data centres situated far away at the publisher’s end.

Like Netflix, the game is directly streamed in real-time in video format at the user’s end. The user now plays the game from the cloud without much hardware role affecting gameplay.

Cloud makes gaming device-agnostic and far more on-demand. It ensures a gaming ecosystem where the player’s skill purely defines gameplay without device and software capabilities hindrances. This has lowered the entry barrier into the gaming space.

The devices industry will grow alongside cloud gaming

With its easy subscription model, cloud gaming paves the way for the gaming industry to reach its true potential. At present, there are over 3.8 billion smartphone subscriptions globally.

Coupled with cloud technology and bringing immersive gaming experiences to smartphone screens, the numbers indicate how enormous the gaming industry can be in the coming years.

With the cross-platform functionality of the cloud and various devices, gaming could be an enabler for the hardware economy.

The Gaming Landscape Report 2021 released by HP India points out that nine out of the ten respondents believed that PC could offer a better gaming experience.

Besides computers, the central entertainment hub for families is the smart television. In keeping with the cross-platform play, publishers are releasing applications that work seamlessly on the smart TV.

Xbox is already working with TV manufacturers to integrate the Xbox app into TV devices. This could indicate the increase in sales of not just 5G-enabled smartphones but also other devices like PC and television.

Cloud gaming marks the end of the era of extension and patches, as version updates can be done in real-time without spending on promotions and distribution of these updates.

It also marks the near end of piracy as the game is now stored on the cloud, and users don’t have access to them. The impact of the cloud on gaming transcends just seamless experiences.

The top players in the gaming space have started moving the needle beyond the console and are investing heavily in the cloud gaming space.

The focus has shifted from hardware to a user-centric approach. Publishers and game developers transform company strategies and boost technology adoption with a single-minded focus to empower users.

The potential is immense, and many companies have realised that this level of digitisation will be the norm in the coming days. Forerunners like Microsoft have already reaped benefits with over 18 million subscribers for its Game Pass product built on the foundation of cloud gaming.

Publishers and developers must be prepared to invest in technological and computing power to deliver a seamless and immersive gaming experience with low latency.

This is especially important to reduce the burden on gamers to invest in hardware. Therefore, developers and publishers must constantly improve the computing power of the GPU and image compression time and rate as the centralised device is still plugged in at the publisher’s end.

There is also a rising concern on data privacy of users since cross-platform play would generate more user data. Therefore, developers and publishers must be prepared to invest more in data security and privacy to build a trusted partnership with gamers.

Cloud gaming has overhauled the way games are distributed and sold. Registrations and subscriptions mean regular revenue for publishers.

There is more potential for sustainable recurring revenue for both the publishers and studios. There is a vast space for companies to adopt different pricing strategies and marketing techniques to attract customers.

Pricing models will have to evolve constantly based on real-time customer data, and the competition will be intense due to the low exit barrier for users.

Cloud gaming is set to be an enabler for the entire gaming ecosystem. Users are now on equal footing, and the potential for developers and publishers is only increasing.

However, publishers and developers must work closely with technology partners to leverage the full potential of cloud gaming.

With certainty, the cloud will script the future of gaming globally, and it will be interesting to see this evolution.