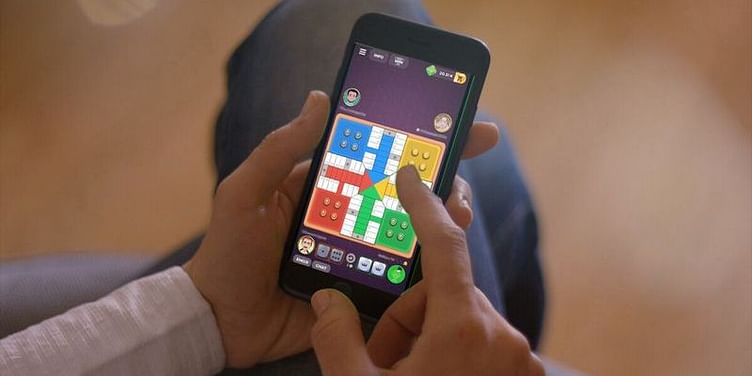 Homegrown gaming startup Gameberry Labs grew from 2.2 million to 15 million DAUs during the pandemic. Its viral Ludo Star game is the second-highest revenue-generating ludo title in the world.

Their goal was to build mobile games that would not only connect players from all over the world, but also give people games they could “grow old with”.

Afsar, who earlier worked at Moonfrog Labs (Teen Patti maker), says that India witnessed a turning point in mobile gaming with the advent of Jio in 2016. That led to the craze in online ludo — an extension of an already popular board game.

“It was not visible to the outside world, but those in the gaming industry knew. At Moonfrog, we were expected to build games with small download sizes (10 MB). Jio turned around everything for India's gaming ecosystem. Professional gamers started streaming. People had data, and they began to consume.”

Afsar and Govind, who had earlier burnt their fingers at multiple web-based products, started to build an online ludo game (Ludo Star) because the “digital form was satisfying and socially rich”, according to the founders.

From a Delhi out-house to Google for Startups: Journey of mobile gaming studio BlackLight Games

Very early in the journey, Ludo Star resonated with people in Pakistan. It soon became a rage on Pakistan Twitter, and was even covered by local news channels. The game topped charts and stayed at the #1 app across categories for months.

“Unlike India, Pakistan had no well-penetrated Ludo game at the time. Ludo Star’s social experience, art style, golden touch — everything resonated with people there. And we started growing really fast in that market,” Co-founder Afsar shares.

Soon, even Saudi Arabia got hooked to Ludo Star as Pakistani immigrants, mainly shopkeepers and apparel sellers, started playing the game after learning about it from their friends and families.

It was a ripple effect, and Ludo Star gained 250,000 daily active users within three months of its launch.

Around the same time, Gameberry Labs also started developing Parchisi Star, another board game and a slightly modified version of Ludo Star that was deeply rooted in Spanish culture. More importantly, unlike Ludo, which had a few competing titles, Parchisi was a fairly untapped market with great potential.

Gamerberry Labs designed a structure where both games could run from the same codebase. By December 2017, Parchisi Star had garnered one million DAUs almost organically. Over 70 percent of this came from Spain.

It also attracted players from Morocco, Colombia, Mexico, and Dominican Republic — countries that had a similar connection with Parchisi like India did with Ludo. “Parchisi had low competition and a big market. It is culturally different from Ludo, and players in Europe and Latin America have childhood associations with it," Afsar says.

By March 2020, Gameberry Labs crossed 2.2 million DAUs across its two games, with a significant chunk of users coming from Pakistan, Bangladesh, Middle East, and Europe.

And then, the pandemic happened. “It was the third milestone,” says the founder.

As the pandemic compelled people to stay indoors, drying up most avenues of recreation, they turned to social gaming in a big way. Social multiplayer games gave them a chance to have fun and also bond with friends and family virtually.

In April 2020, Gameberry Labs’ DAUs peaked at 15 million. “DAUs started going up as soon as Europe went into a lockdown [before India],” Afsar reveals.

Even though DAU’s have come down with the lifting of lockdowns, Ludo Star and Parchisi Star are seeing six million DAUs from 15 countries. Overall, the games have been downloaded 125 million times, up from 50 million in 2018.

Pakistan, Bangladesh, and MENA contribute 90 percent to the user base, while India’s share is 10 percent. The top DAU markets are Colombia, Morocco, and Saudi Arabia.

“India has never been our target market as there is better monetisation potential in mature markets overseas. Our [revenue] growth has been primarily driven by Saudi Arabia, the US, and Spain,” says the founder.

“Mature markets like the US have gamers with high disposable incomes. That audience grew up playing on desktops and consoles, and they understand that games don’t come free. So, they are willing to pay for content. In India, however, people assume mobile games should be free.”

During the pandemic, Gameberry Labs also saw a growth in female users, mirroring an industry-wide trend in casual gaming. While Ludo Star continues to be dominated by male players, Parchisi, which is a more competitive game, has a 1:1 gender ratio.

Besides its twin hits, the Bengaluru-based startup has, over the years, also experimented with games that didn’t take off and were eventually killed.

“These games were built fast and released to only a smaller set of players. The teams tried to test early retention numbers with them. The series of failed experiments had important lessons for the company,” according to its website.

Gameberry Labs’ current monetisation is split between rewarded ads (30 percent) and in-app purchases (70 percent). “Players have the option to re-roll the dice if they buy gems from the game store. This gives us a slight advantage over others,” Afsar says.

The startup claims that its topline has grown 400 percent since 2019. Ludo Star has been the second-highest revenue-generating ludo game, according to App Magic.

“We have served 1.3 million concurrent players without any disruption, and have also been featured by Google Cloud as a case study,” says the founder.

Gameberry Labs remains bootstrapped and cash-positive, and has “no fundraising plans in the near future”. It is projecting a turnover of $50 million by the end of 2022, from existing and upcoming games like Merge (a puzzle game slated for launch by the end of the year.)

“Almost 95 percent of our growth has been organic. Now, we’re trying to grow through inorganic channels like Google and Facebook,” Pradeep says.

The startup operates in a mobile gaming market that has witnessed phenomenal growth during the pandemic, with India accounting for 17 percent of the world’s total game downloads in 2020, second only to China, according to Sensor Tower.

Online gaming was the fastest-growing segment in the country’s media and entertainment (M&E) sector last year, competing with traditional forms of entertainment (TV, radio, cinema) for the share of time spent, as per KPMG.

Gameberry Labs, which has been recognised among the top 10 gaming studios from India by App Annie, competes with the likes of Gametion Technologies (owner of Ludo King), Octro, Nazara Technologies, BlackLight Games (owner of Ludo SuperStar), MindYourLogic Studios, PlaySimple, and several others in a casual gaming market projected to have 657 million gamers by FY25.

Gaming sector analysts believe the next decade could be about Indian gaming studios achieving global scale, with more culturally relevant and monetisable titles.

Gameberry Labs, which is already globally diversified, is only getting started.