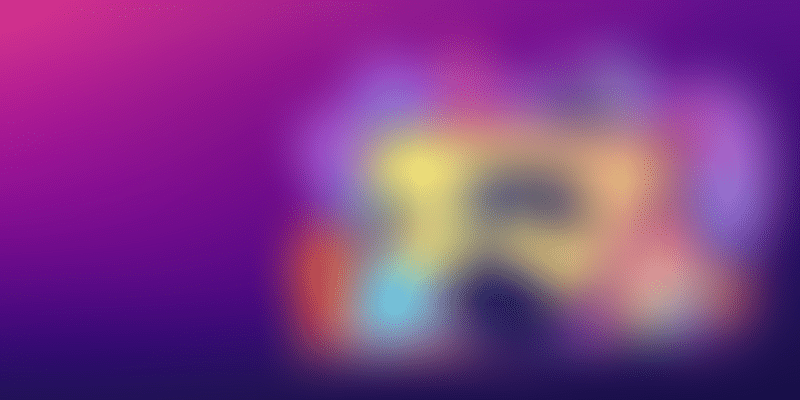 In 2020, India’s online gaming sector gained tremendously from the coronavirus lockdown, and continued to grow throughout the year. Even VCs stepped up investments in a traditionally under-financed sector, and launched gaming-focused funds.

Online gaming in India started to take off sometime in 2018 as the ripple effects of affordable internet reached the nooks and corners of the country. But 2020 gave the sector an unprecedented boost.

As the coronavirus lockdown brought down shutters on all outdoor entertainment (movies, concerts, sports, theme parks, travel), online gaming and OTT continued to grow — and rapidly.

Gaming gained not only because it became a safe ‘stay-at-home’ option across age groups, but also because it enabled human interaction and community bonding in times of social distancing.

“Consumers are rebalancing rather than reducing expenditure away from outdoor entertainment, cinema, and concerts to OTT and gaming,” KPMG stated.

As a result, gaming app downloads zoomed in Q1 2020, and in-app purchases also went up significantly. Three out of the top five highest-grossing apps in India are in the gaming category, as per AppBrain.

On average, gaming platforms recorded user growth of 60-70 percent, while time spent went up by 50-60 percent during the lockdown, as per industry estimates.

Some like Ludo King were outliers, recording staggering growth in downloads and traffic throughout the year. (more on that later)

A surge in users and longer hours of engagement also meant that gaming companies saw a 60-70 percent reduction in customer acquisition costs, thus improving their margins and profitability.

India has over 320 million gamers today, and that number is expected to grow at 47 percent by 2022, according to Maple Capital Advisors.

In a report titled Gaming – India Story, Maple stated that there are over 400 gaming startups in the country, and the sector will be valued at $3.75 billion by 2024.

While the present demographic of online gamers is largely young (18-24) and male, several gaming platforms saw an increase in users in the 25-35 age group too. Some like Paytm First Games even had users between 35 and 45. Casual board games are also seeing more participation from women.

Historically, gaming has been an “under-financed” sector in India. However, 2020 changed that, with increased investor attention and ‘real money’ pumped into homegrown gaming startups.

Some indicative stats — between 2014 and 2020, India’s gaming startups drew total investments of only $350 million, as per Maple Capital Advisors. In 2020 alone, top five funding deals in the sector amounted to the same, according to YourStory Research.

Within a week, Sequoia-backed Mobile Premier League (MPL) raised $90 million in a Series C round led by SIG, RTP Global, along with MDI Ventures and Pegasus Tech Ventures. The third-largest deal involved vernacular gaming platform WinZO, which raised $18M in a Series B round led by Makers Fund and Courtside Ventures.

The year also saw the entry of Reliance Industries in gaming, with Jio making an undisclosed Series A investment in AR gaming startup Krikey. 2020 even birthed India’s first gaming-focused VC fund, Lumikai, which looks to back 20 early-stage companies in the sector the next 15 to 18 months.

Add to that, Paytm First Games earmarked a Rs 10-crore corpus to invest in local gaming studios, and “provide a launchpad to homegrown developers”.

“VCs have been sceptical, and gaming is yet to emerge as a viable asset class. However, we believe in the portfolio approach of building early winners across genres to deliver outsized returns in gaming… The huge growth in social gaming, where friends and family are gaming together, will outlast the pandemic.”

One of the biggest events of the gaming sector in 2020 was India’s ban on PUBG as part of the government crackdown on Chinese apps.

Owned by China’s Tencent Games, PUBG had become India’s most popular gaming app in the past two years, with the country accounting for 24 percent or 175 million of the game's all-time downloads, according to Sensor Tower.

“This may seem like a loss to the esports community. However, there are plenty of games to fill the void for PUBG. While we may see some players move to other platforms such as PUBG PC, the majority who prefer the mobile version will be sticking to similar games on mobile.”

This ban opened up opportunities for a bunch of other multiplayer shooter games like Fortnite, Call of Duty: Mobile, Garena Free Fire, Battlelands Royal, Rogue Heist, and Scarfall: Royale Combat (one of the winners of the Aatmanirbhar Bharat App Innovation Challenge) among others.

Incidentally, Garena Free Fire and Call of Duty: Mobile continue to be India’s top-grossing apps across categories in 2020, according to AppBrain.

Even homegrown gaming studio nCore Games is developing a PUBG-like action adventure game (FAU-G), which is slated to go live in December. Pre-registrations for the game have already begun on Google Play Store.

For most parts of the lockdown and even post that, India was hooked to just one game — Ludo King, developed by Mumbai-based Gametion Technologies.

It is not only India’s most successful gaming app of all time, but also the first homegrown app to cross 100 million downloads. Ludo King continues to grow, nearing 500 million cumulative downloads in December, as per AppBrain.

The game, which adds a modern touch to the royal game of Pachisi, surpassed top gaming titles like Candy Crush Saga, PUBG, Clash of Clans, Subway Surfers, Temple Run, and others in monthly active users (MAUs).

Within two months of the lockdown, Ludo King’s MAUs surged to 189 million, while daily active users grew to 51 million — higher than all other gaming apps in India.

Ludo King’s success was driven by its simplicity that wooed all age groups.

Its sensational rise also mirrored the growing popularity of casual games that reduce stress, carry nostalgia, and help strengthen family bonding. Gametion believes that this is the “golden age of internet-driven sociable board games”.

Lumikai’s Salone adds, “Ludo King has widened the user base and unlocked the social gaming genre. People who never identified as gamers are now playing Ludo King. There is a rise in female or non-traditional gamers too.”

Armed with online poker, rummy, and fantasy sports, Baazi Games is on a ‘X to 10X’ growth mission

Since 2019, real money gaming has grown steadily and is a Rs 2,000 crore industry today with 30 million gamers. The sector is poised to grow 3.5X by 2025, and is expected to command a larger wallet share in future, according to AIGF.

Besides fantasy sports — the cash cow in this segment with 60+ operators — online rummy and poker are also growing rapidly.

Rummy, particularly, took off in 2020. Teen Patti by Octro is among India’s top-five downloaded games, as per AppBrain.

Navkiran Singh, Founder and CEO, Baazi Games (which owns RummyBaazi) told YourStory earlier, “Rummy is an old game. It has been passed on through generations. Now, with the ease of playing online, more people are viewing it as a source of recreation and social interaction while staying indoors.”

Usage patterns on RMG platforms also changed in the lockdown.

“While our user peak was between 8 pm and midnight, we now see a relatively flatter (and higher) engagement throughout the day. Players are not waiting until 8 pm to get on their phones,” Vaibhav Gupta, Founder, Rein Games told YourStory.

Given that the pandemic is far from over and desi game developers will continue to grow their offerings, the online gaming industry is headed for big growth in 2021 too.

It is also likely to see more VC funding, and potential consolidation, where large gaming platforms will add categories and fill gaps in their portfolios.

Lumikai Co-founder Justin Shriram Keeling says, “The market will have sufficient scale and a vernacular gaming culture, with companies catering to local users. There will be depth and a mix of gaming technology that will power the industry forward.”