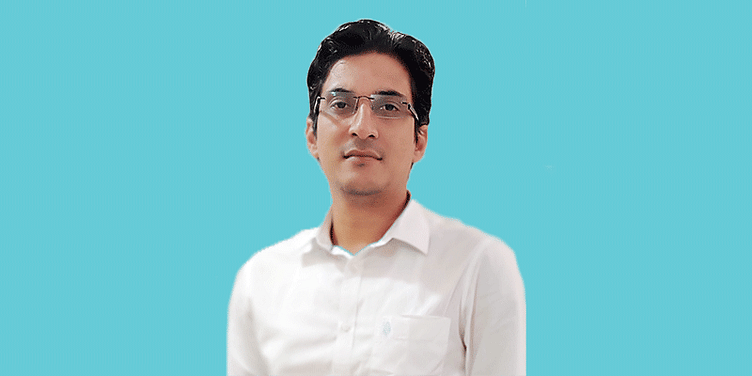 Mumbai-based TruckBhejo was launched in 2016 by IIM Bangalore alumni Nilesh Ghule and Supreet Perisetla. The startup has 37 customers in all, with a fleet of over 3,000 active trucks.

Nilesh Ghule’s father was a truck driver. Nilesh says he saw his parents undergo enormous financial hardship because of a lack of stable income. Social taboos around truck drivers made matters worse for the family. Hence, Nilesh very early on decided that he would never be a part of the logistics sector. But destiny had other plans for him.

After climbing up the education ladder, he joined IIM Bangalore and then worked at companies like Infosys and Reliance Jio. While working as a Senior Products Manager at Jio, he realised that the amalgamation of logistics and technology presented a serious and scalable business opportunity in India.

“I had seen all the hardships and never wanted to get back to logistics, but the digital wave had swept across the country at that time and that compelled me to rethink,” he says.

In 2016, Nilesh started logistics startup ﻿TruckBhejo﻿along with Supreet Perisetla, his batchmate from IIM-Bangalore.

The startup offers first, middle, and last mile delivery services on an annual contract basis to companies operating in the FMCG, retail, manufacturing, and telecom sectors. The company claims to have completed one million deliveries since its inception.

Before entering the logistics industry, Nilesh says his intention was to build a technology-enabled logistics company. “Customers want a seamless experience, which is possible when you provide them an end-to-end visibility.”

He says TruckBhejo leverages technology to connect the three stakeholders of any project - the customer, the driver, and an internal operations manager, and operate via their designated applications, all developed in-house by the team.

These applications help in tracing the cargos from the first till the last mile. Moreover, Nilesh highlights that the location of truck drivers is traced by all three.

“The application generates notifications. For instance, if a driver is stuck at one place for three hours, the app generates a notification that allows the internal operations manager to trace and sort the issue, if any,” says Nilesh.

Started with one product, how this Coimbatore-based entrepreneur built an FMCG company with over 120 SKUs

Planning is the key

Planning is the key to ensure the success of operations, says Nilesh. “The line between order and disorder is determined by logistics.”

He says TruckBhejo ensures the operations are seamless as everything starts with planning right from the beginning. He says he sits with the dispatchers and makes clustering and assigns vehicles to different clusters.

The next step is to share the dispatch plan with the customers. And the third aspect is determining which vehicle needs to be assigned to a particular cluster. “These pre-planned factors as well as end-to-end visibility are what makes deliveries efficient,” he adds.

Big players like Flipkart, Amazon, and others work with TruckBhejo on a contract-basis. It also caters to small businesses on a requirement basis.

Nilesh highlights that the company has 37 customers in all (the contract players) with a fleet of over 3,000 active trucks.

The market and funding

According to a report by MarketsandMarkets, the post-COVID 19 global supply chain management market size is expected to reach $41.7 billion by 2026 from $23.2 billion in 2020, growing at a CAGR of 10.3 percent. The potential in India is also immense with several players operating in this space including the likes of Rivigo, BlackBuck, Shadowfax, Delhivery, and more.

Talking about the business model, Nilesh calls it a capacity agnostic trucking network company that covers the first, middle, and last mile delivery ecosystem. It takes orders of all capacities ranging from 500 kg to 25 tonne. The startup earns money through its annual contracts with companies.

“We charge per trip according to the specific route and vehicle required for completing first and middle mile deliveries,” he says.

For last-mile deliveries (used by ecommerce platforms), it charges per packet for the entire delivery.

While the company keeps 13-14 percent commission, the rest goes to the truck drivers, he says. The payments to drivers also takes place digitally.

The startup raised Rs 1.6 crore in equity funding and Rs 3.75 crore in debt funding in 2017. Nilesh says the company clocked nearly Rs 27 crore in revenue in FY20 and crossed Rs 30 crore in FY21.

Pivot and Persist: How this Pune-based B2B textile company went from manufacturing corporate uniforms to PPEs during the pandemic

Going forward, the startup wants to grow and establish itself as a sizable brand in the market. Nilesh says the industry has also improved over the years as the awareness around challenges faced by truck drivers has grown.

“We hear truck drivers being called pilots or partners. This shows that change is slowly coming in,” he says.

When COVID-19 struck and brought the world to a standstill, there were several questions around the logistics sector and its survival. What worked for TruckBhejo was its FMCG customers. “Since the demand for FMCG products grew exponentially, we were able to survive the pandemic.”

In the coming years, the startup wants to expand and establish itself in 150-200 cities across India.

The team is also determined to implement and integrate technology into the ecosystem and finally it wants to expand its customer base of SMBs.

“SMEs will drive the next wave of this country’s growth story and we want to be a part of it,” he concludes.