When you face competition, stay in the course and keep doing what you do, says Hitesh Oberoi, Co-Promoter, MD, and CEO at Info Edge India 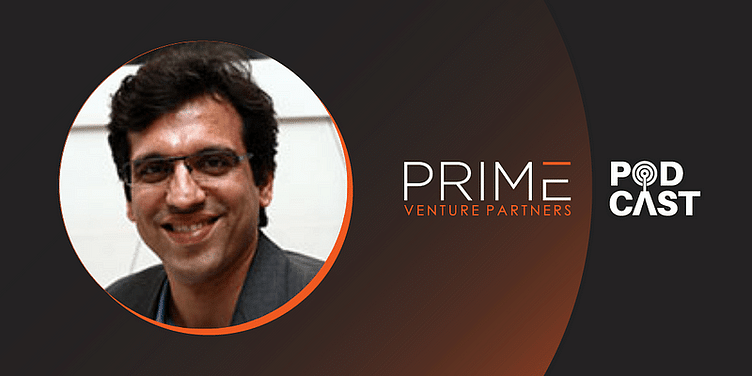 In the latest episode of the Prime Ventures Podcast, Hitesh Oberoi, Co-promoter, MD, and CEO at Info Edge India Limited, talks about building Naukri and experiencing competition from big brands

When Info Edge India Ltd. went public on the Indian stock market in 2006, its market cap was a mere Rs 800 crore. Naukri or Info Edge’s nearest competitor, Monster.com, had a valuation of $6 billion.

Over the years, Naukri not only had to outpace Monster but also compete with the likes of Indeed and LinkedIn. And the secret to slaying such giants and becoming one of the highest valued companies in India is “staying on the course and keep doing what you are doing”.

Hitesh Oberoi’s advice to new entrepreneurs battling corporate giants is this simple and he says that the answer lies within the company itself.

He also explained key areas startups must invest in to acquire talent and catch the eye of potential investors.

The man who built products at Stripe, Twitter, Google, and Yahoo reveals how to find the elusive product-market fit

When Monster entered India, valued at  $6-billion, it was both profitable and growing. Hitesh reveals that while Monster entered and acquired JobsAhead, Naukri was at its initial stages.

“One call we took at that time was one to not sell to Monster. We said, maybe this is something we wanted to build. I said we were not thinking of unicorns, we were not thinking of valuation, we were just thinking of building a small business for ourselves and making it profitable. That was one call, which went our way, it turned out to be the right call… Some things worked out, we kept growing, we became profitable, and we went public,” he says.

However, the Lehman Crisis hit in 2008, which caused a serious impact on Naukri for about three quarters. Meanwhile, Monster was severely impacted as well as it was a global company.

“When Lehman hit everybody, I think in the short term, we were seriously impacted. We were growing at 40 percent per annum before Lehman, and we went to minus 25 percent for three quarters after that. But in hindsight, Monster was impacted even more because it was a global company, and was impacted in every market. We realised that it was a good opportunity for us to gain market share. We became a big leader in India by a wide margin... We were almost like 5-7 percent, ahead of Monster, and then by 2011-12, there was a big gap between us and them,” he reveals.

Naukri also had to face competition from Indeed and, LinkedIn but it kept working on its way and invested in its product and technology and improving the user experience

"Every time there is competition, there is the fear of the unknown. But what we have learned is, if you stay the course, over time, these things do work," he adds.

Acquiring tech talent as a startup

He suggests that if a startup has stock options, it can use the same to retain talent. Cash-based companies can use cash or companies can also provide a balance of both.

Hitesh explains that retention becomes important especially in tech because if a tech employee leaves and another member joins in, they might take months to figure out the job and some more time to get it right.

“Before you know it, you are behind by a year or two. That is all it needs for some of our competitors to move ahead,” he adds.

He also says that there is a need to “spread the net” and acquire talent from colleges beyond IITs and NITs and asks companies to be patient with the team and train them with the required skills. Hitesh believes that remote work also opens up opportunities to attract talent.

What Info Edge looks for in startups?

Hitesh believes that building a business in India can take a long time — about eight to 10 years. He explains that Info Edges like to back people who are in to build their businesses for the long run and those who have integrity.

Apart from this, Info Edge operates on a bottom-up approach where it looks at the quality of the entrepreneur, the founding team, and their ideas and insights.

Hitesh reveals that Info Edge might try to stay away from very capital-intensive businesses but things are now beginning to change as it has now onboarded more people to its investing team who have brought in new skills.

“We also keep in mind that like I said, we don’t have hundreds of millions of dollars or billions of dollars to invest. So if it looks like the business is going to be very capital intensive from day one, then we would rather stay away. But having said that, things are now beginning to change,” he says.

To know more, listen to the entire podcast here