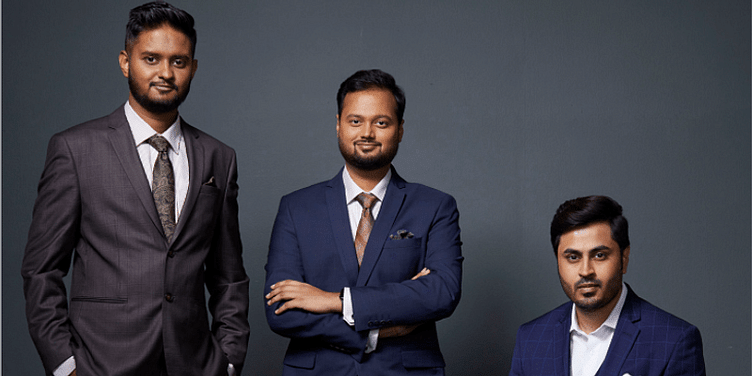 Influencer-based social commerce platform Trell claims to have grown 10X since last year. It is now targeting to grow 10x in the next 12 months.

Vlogging has become a serious business in recent years. The rise of influencers and influencer-led marketing has given a much-needed boost to brands to seek out customers on social media channels.

Bengaluru-based ﻿Trell﻿, founded by IIT Bombay graduates Pulkit Agrawal, Arun Lodhi, Prashant Sachan, along Bimal Rebba, saw its user base reach over 100 million, with over five million videos and blogs created on the app in 2020.

Founded in 2017, the app, which belongs to the first cohort of regional language social media apps, focuses on four key aspects — discovery, create, share, and shop.

A visual blogging platform designed for millennials (and others) to share their unique experiences of places and palates, Trell (TRail experiences and tELL your friends) claims all its content is original and generated by users.

In August 2020, Trell introduced social commerce on its platform. It allows content creators, who have over 50,000 followers, to advertise brands the startup has tied up with on their posts.

Daily Dispatch by YourStory | Why is H&M investing in Trell?

The startup claims to have grown 10X in the social commerce space since last year. It is now targeting to grow 10x in the next 12 months.

A platform for Indians

“With the advent of the internet, we knew people wanted to get more suggestions about their lifestyle choices. What brand should they buy? Which products are good? But most videos online were made by American influencers who did not talk about products available in India,” Trell CEO and Co-founder Pulkit Agrawal tells YourStory.

To test this hypothesis, the co-founders started an Instagram page, which crossed 100,000 followers in six months.

This led them to launch the app, which facilitates users to share three-minute videos on beauty and fashion; DIY, cooking, and local foods; fitness tips and sexual wellness; travel; and personal care. In fact, the platform also allows product discovery.

At present, Trell has over 500 members in its team.

According to Pulkit, in its first year, Trell had an average of about 80,000 monthly active users (MAUs), which became three million in 2019. At present, it operates in eight regional languages and claims to have 20 billion monthly views.

The startup claims its MAUs have been growing at 15X yearly and currently has over 50 million MAUs. At present, the platform has over 10 million downloads, according to data on Google Play Store, with 70 percent of content creators being female, Pulkit says.

Almost 60 percent of Trell’s users come from Tier-II cities, including Lucknow and Jaipur, while the rest are mostly from Bengaluru, Hyderabad, and Chennai.

In 2018, investors' interests piqued as the social commerce sector became a new layer of ecommerce shopping.

While Meesho and DealShare managed to scale during this time, competitors, including Shop101 and live commerce platform Simsim, got acquired by Glance and YouTube, respectively.

After introducing social commerce in August last year, Trell has tied up with clothing brand H&M, among other brands, to showcase their products.

In fact, the recent funding from H&M’s investment arm will help the platform towards this effort.

The content creators get a 4-8 percent commission for every transaction. Pulkit claims its social commerce vertical reports 30 percent monthly growth and has done more than a million orders.

“While the sharing commission is one of our monetisation models, we are also working on revenue-sharing and few other models directly with the brands,” he says.

In 2017, the startup raised $250,000 in an angel round. It later received $1.3 million in a pre-seed round led by Mumbai-based WEH Ventures. It also raised $11.5 million in a Series A round from Samsung Ventures, among others.

Earlier in July, Trell raised $45 million in a Series B round led by Mirae Asset Venture and fast-fashion brand H&M’s investment arm, which pushed the total funds raised by the startup to $61.9 million.

Pulkit says the startup is focusing more on increasing the number of content creators on the platform for more user-generated content. He claims about 70-80 percent of its creators have come through organic channels and not from marketing efforts.

For social media apps, many of the users come from targeted ads on Facebook and Google, while word of mouth also plays an important role in the virality of the app. However, with many apps trying to woo new users every day, they have found it difficult to figure out profitable monetisation models.

This stands also true for Twitter-backed ShareChat, and publishing platform Pratilipi, among many others.

“It is only now we are focusing on marketing to create more virality and build a brand around our app,” Pulkit adds. Trell has increased its marketing budgets by 3-4X.