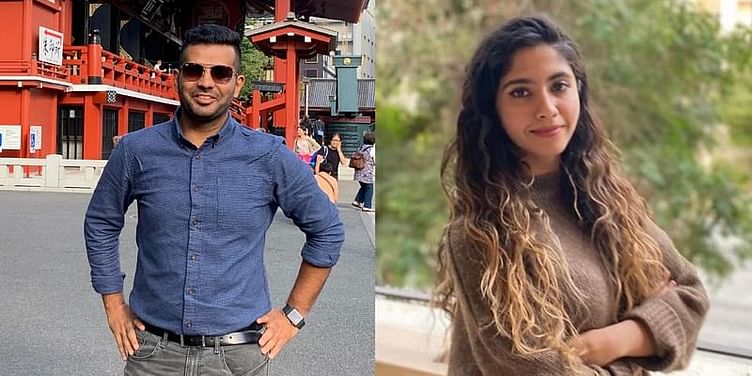 Bitcoin rewards startup GoSats aims to use the seed funding to scale the adoption of bitcoin in India and to mainstream bitcoin adoption to help average consumers become passive earners.

Bitcoin rewards company GoSats on Wednesday announced that it had raised $700,000 in a seed round from Alphabit Fund, Fulgur Ventures, Stacks Accelerator, and SBX Capital.

The round was also supported by a few angel investors, including Ajeet Khurana, former CEO of Zebpay; Sathvik Vishwanath, CEO of Unocoin; Mohit Madan, Co-Founder of Oropocket; Sharan Nair, CBO of Coinswitch Kuber; and others.

Co-founded by Mohammed Roshan and Roshni Aslam in February 2021, Gosats enables a low-friction way to accumulate fractions of bitcoin when people shop from over 120 brands listed on the platform, including Flipkart, Amazon, Swiggy, Big Basket and Myntra. The Bengaluru-based startup has on-boarded more than 15,000 customers since inception.

Roshan, a stalwart of the crypto ecosystem of India and the former Chief Scientist of Unocoin, says,

“It’s fascinating that a significant number of our user base never held bitcoin before they signed up with GoSats, and we are happy to facilitate their journey into the world of crypto-assets in a risk-free manner. Through this funding, our focus is to scale the adoption of bitcoin in India and build a bitcoin rewards solution for brands.”

According to the startup, GoSats users can shop at supported brands via the GoSats mobile app available for Android and iOS phones as well as the GoSats chrome extension. They can even purchase vouchers of various amounts on any of the listed brands with UPI or credit/debit cards.

After the payment is successful, a fraction of bitcoin that is a cashback of up to 20 percent (depending on the brand) is credited into the user’s GoSats bitcoin wallet.

“GoSats is the gateway for a billion people in India to own bitcoin. At a time when inflation is destroying wealth around the world, bitcoin protects the wealth of people and allows them greater freedom and ownership over their future. That's a great thing, and I'm honoured to be an investor in a company that can benefit so many people.” says Trevor Owens, Managing Partner, Stacks Accelerator.

Sathvik Vishwanath, an investor who also brought the first bitcoin trading platform Unocoin to India in 2013, comments, “I firmly believe that bitcoin is the greatest store of value in recent times, and the company has come up with a unique solution to make it accessible to the masses. The traditional rewards industry is extremely fragmented.

"Reward points get discarded as they are not valuable enough and have lots of restrictive terms and conditions. On the other side, while the writing about gains through bitcoin is on the walls, a common man would be afraid due to its volatility in the short term. GoSats solves both problems at once in a unique way.”