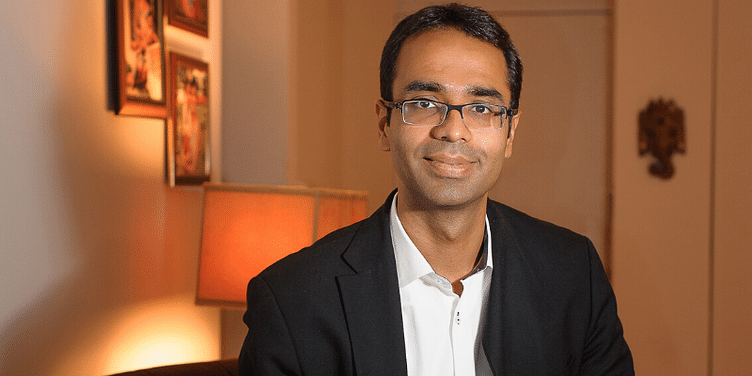 In an internal email to the employees, Byju Raveendran, Co-founder and CEO, BYJU's, announced the exit of Karan Bajaj, Founder, WhiteHat Jr. BYJU's had acquired the coding startup in August last year.

A year after ﻿BYJU'S﻿ acquired coding startup ﻿WhiteHat Jr﻿ for $300 million, its founder Karan Bajaj has decided to exit the edtech unicorn.

BYJU's acquisition of WhiteHat Jr was one of the biggest deals in the edtech space as it wanted to expand its presence in the US market. In fact, the unicorn was looking to provide coding programmes for kids — an area of expertise for WhiteHat Jr.

In an internal email to the employees, Byju Raveendran, Co-founder and CEO, BYJU'S, announced Karan's exit from the company and the addition of Trupti Mukker to the startup's leadership team.

Edited excerpts of the email:

I wanted to share an important announcement with you.

This week, we completed one year of WhiteHat Jr joining the BYJU’S family. In this short period, Karan and team have exceeded all expectations by bringing his original vision of kids being builders and creators to more countries, courses, and formats than we’d set out in our plan. We’ve expanded successfully to Brazil, Mexico, Australia, the UK beyond India and the US, launched very creative new courses in Maths and Music beyond Coding, while also fulfilling our vision of touching every child without barriers of infrastructure or accessibility by entering the school segment at the last mile.

Under Karan’s leadership, WhiteHat Jr and BYJU’S FutureSchool now enable hundreds of thousands of students in countries around the world daily to learn and create with 11,000+ deeply committed teachers. The delight that each child takes in a live class, as most of you who’re parents have experienced — and I experience with my son, Nish, each week — is a joy to behold and a true revolution in active learning!

Having more than exceeded all our mutually outlined goals for the 1st year, Karan is now ready, as we had mutually decided at the time of acquisition, to progress to the next chapter of his life. In the last year of knowing him deeply, Karan’s clarity of vision coupled with the incredible daily energy to execute relentlessly, is akin to none. While I wish he would’ve stayed longer, Karan is a force of nature and accustomed to making unconventional choices, as you all know, and I wish him only the best for what will surely be an exciting path ahead.

With Karan’s departure, Trupti Mukker, whom you know well as the Head of Customer Experience and Delivery, will lead the organisation, ably supported by the extremely strong leadership team that Karan and I have set in place. In a short span of seven months, Trupti has been a great asset to the organisation, delivering unmatched student and teacher experience as witnessed in our record NPS scores and will bring her 20+ years of progressive, global leadership experience to continue expanding and scaling the organisation.

With the great success we’re seeing in every new country and category we enter, WhiteHat Jr and BYJU’S FutureSchool will continue to operate independently under Trupti, drawing synergies from the core as needed, and be the centre of our global expansion plans.

I will look forward to seeing you all later in the Town Hall to thank Karan for his outstanding contribution and wish him the very best ahead!

In a LinkedIn post, Karan, while announcing his exit, said, "Barely 2.5 years ago, it was an idea. Now, thanks to the power of tech, thousands of students and teachers are on the WHJ/BYJU’S FutureSchool platform, creating things with coding, maths, and now even the guitar and piano daily across the world, living the mission of kids being builders and creators versus consumers!

As I move on to new paths, my deep gratitude to 17,000+ employees and teachers who weren’t a part of my life just two years ago. Thank you for trusting me through thick and thin, I know almost each one of you and will always remember you very, very warmly!

Also to Byju, who I’ve grown to respect deeply as a great educator with a boundary-less vision of the world, who’ll change the nature of education to active, creative learning the world over."