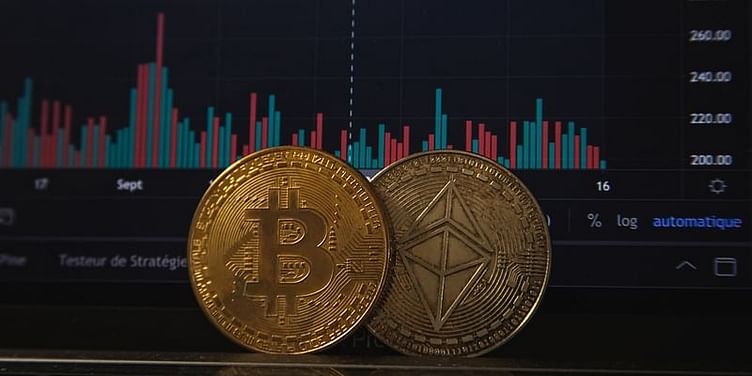 In the report titled 'The 2021 Global Crypto Adoption Index', Chainalysis ranked India just behind Vietnam, which took first place out of 154 countries surveyed.

"The index ranks the top 20 countries and provides an objective measure of which countries have adopted cryptocurrency to the greatest extent after a year of exponential growth for cryptocurrency markets and increased attention for the industry," Chainalysis said in the report.

India ranked third globally, behind China (first) and Vietnam (second), in on-chain value received, which refers to a metric calculated by estimating total cryptocurrency received by that country, and weighting the on-chain value based on PPP per capita — a measure of the country’s wealth per resident.

India fell to 72nd rank in P2P exchange trade volume — which ranks countries by their peer-to-peer crypto trade volumes and weighs it to favour countries with lower PPP per capita and fewer internet users.

The goal of this metric is to highlight countries where more residents are putting a larger share of their overall wealth into P2P cryptocurrency transactions, according to Chainalysis.

China and the US dipped in the overall rankings from fourth and sixth last year to thirteenth and eighth this year, respectively.

Chainalysis said in its report:

"Several countries in emerging markets, including Kenya, Nigeria, Vietnam, and Venezuela rank high on our index in large parts because they have huge transaction volumes on peer-to-peer (P2P) platforms when adjusted for PPP per capita and internet-using population."

It added, "Our interviews with experts in these countries revealed that many residents use P2P cryptocurrency exchanges as their primary on-ramp into cryptocurrency, often because they don’t have access to centralised exchanges. Knowing that, it’s no surprise that regions with many emergent markets account for a huge portion of web traffic to P2P services’ websites."

India's high ranking in global crypto adoption in 2021 comes at a time when the nation's bill on cryptocurrency regulation is awaited.

Earlier this week, Finance Minister Nirmala Sitharaman said she is awaiting approval from the Cabinet on the bill on cryptocurrency as the proposed legislation is before it.

The inter-ministerial panel on cryptocurrency under the Chairmanship of Secretary (Economic Affairs) to study the issues related to virtual currencies and propose specific actions has reportedly already submitted its report.

It recommended that all private cryptocurrencies, except any virtual currencies issued by the state, will be prohibited in India.

"Cabinet note is ready on cryptocurrency (Bill). I am awaiting Cabinet to clear that," Sitharaman said.