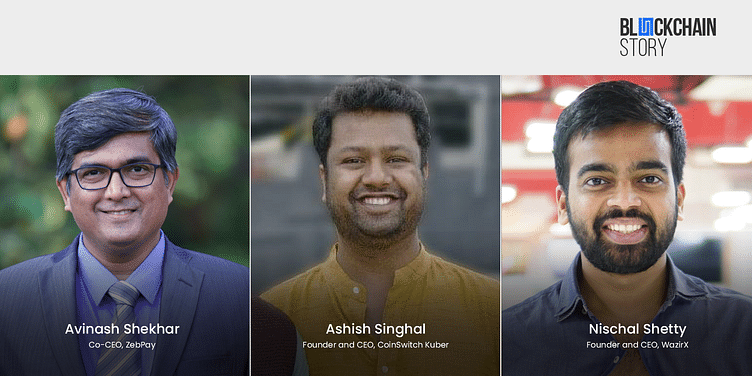 If a centralised crypto exchange goes down, or if there is a hack, it could cripple the system and cause users to lose their funds. But popular Indian crypto exchanges are embracing the idea of decentralised exchanges (DEXs) as an emerging solution.

Over the last year, India has been rapidly adopting cryptocurrencies for investing and trading. A recent report by blockchain data platform Chainalysis ranked India second in terms of global crypto adoption in 2021, behind only Vietnam.

Industry estimates say over 1.5 crore citizens have invested in Bitcoin, Ethereum, and other cryptocurrencies across Indian exchanges such as ﻿CoinDCX﻿, ﻿WazirX﻿, ﻿CoinSwitch Kuber﻿, ﻿Zebpay﻿, and others.

However, the security of centralised crypto exchanges is paramount. As they are custodians of their customers’ crypto assets, if something happens to the exchanges, or if there is a hack, it could cripple the system and drain the funds.

In August this year, $97 million in crypto was stolen from Japanese exchange Liquid in a cyberattack, adding to a list of similar hacks across global exchanges.

While users can store their cryptocurrencies in electronic and hard wallets, they can also transact on decentralised exchanges (DEXs), which are considered more secure. In DEXs, trades occur directly between investors through a peer-to-peer (P2P) network on a blockchain.

Some Indian crypto exchanges are looking at DEX as the future of crypto and decentralisation.

Avinash Shekhar, Co-CEO, ZebPay, tells Blockchain Story, ”We are certainly thinking about building a DEX, but we have identified even more challenges with DEXs compared to centralised exchanges. The lack of KYC with DEXs is one such major issue.”

In centralised exchanges like ZebPay, users are required to share their information with the exchange while signing up. With DEXs, which are permissionless marketplaces, there is no trusted third party involved so no KYC takes place.

Some investors who wish to remain anonymous see this lack of KYC in DEXs as an advantage. But for a crypto exchange, it poses privacy concerns, especially amidst the general lack of regulatory clarity.

“In terms of technology, one can launch a DEX anytime. There are multiple DEXs around the world. But in India, it is difficult to do it without regulatory clarity. Nevertheless, we are preparing the infra and tech for building a DEX, but we have not made a decision on when and how to launch it, and what legal form it will take,” Avinash adds.

How crypto exchange ZebPay revived from shutdown to land 4M users, $1B in monthly transactions

Some examples of DEXs are dYdX, UniSwap, PancakeSwap, 1inch Liquidity Protocol, and SushiSwap – which daily see hundreds of millions of dollars’ worth of transactions.

Despite this traction, WazirX Founder and CEO Nischal Shetty believes the global DEX ecosystem is still in a nascent stage. As such, he feels getting a DEX off the ground and seeing good transaction volumes early on will be a challenge.

“Attracting initial users is a challenge and this is where liquidity farming (the process of staking or lending crypto assets) acts as a hook for decentralised exchanges. We may not see a lot of liquidity coming in overnight in the absence of liquidity farming. It is more of a gradual process,” he says.

WazirX was the first Indian crypto exchange to publicly say that it is building a DEX. It plans to launch it on Polygon (previously Matic Network) – an Indian startup that has built a Layer 2 Ethereum scaling solution.

Nischal clarifies that customers should not be given an ultimatum to trade only on decentralised exchanges or centralised platforms.

“People have the choice of whether to keep custody of their crypto or not. In fact, there is a sizable audience in both directions. So it’s not a question of centralised vs decentralised exchange, rather, it’s always going to be both co-existing for the right set of audience,” he explains.

Complying with the law

The model for building and running a DEX is fairly straightforward and has been done before. Yet, there is continued scrutiny from local government authorities and federal agencies, especially with Decentralised Finance (DeFi) products offered by exchanges.

According to Tanvi Ratna, Founder and CEO of independent research and strategic advisory body Policy 4.0:

"DeFi is quickly coming into the regulatory scanner, starting with actions by the SEC in the US. Decentralised exchanges are the first in the crosshairs. There could also be other legal issues with existing investors under Indian or Singaporean law. However, even if particular founders are targeted, the DEXs could still continue functioning."

In India, while there hasn’t been a strong crackdown on crypto like there has been in China, exchanges are not looking to skirt the law. Even though a DEX cannot be controlled or censored by any government, Indian exchanges are looking to stay on the right side of the law with their DEX plans.

CoinDCX – also a leading Indian crypto exchange – declined to comment on its plans to launch a DEX, but CoinSwitch Kuber – which claims to be India’s largest in terms of users– says DEXs should not be built just to allow users to escape the law.

“It is not the right approach to build a DEX just to exist outside the purview of the law. The law is here to protect everyone and foster a collaborative environment, and we see this as an integral part of the future of blockchain innovation in India.”

Ashish believes a hybrid centralised/decentralised model – which provides the best of both worlds – could be the right way forward. For him, user protection is of paramount importance, and he maintains customers can be protected well by a centralised model.

“On one hand, ensuring the safety of funds, data and information, and handling worst-case scenarios is critical, and centralised exchanges can be more regulated, reliable, and user-friendly. On the other hand, DEXs help equalise demand-supply ratio and users to exchange value without being reliant on a third party, and this too has its purpose,” he says.

According to him, the future lies in building a crypto exchange model where users go through a centralised frontend system, but the backend runs on a decentralised system.

“For example, you may book an Uber cab from the app, which has a centralised frontend. But at the backend, one could potentially build a decentralised system that equalises demand and supply,” he adds.

While CoinSwitch Kuber has not publicly unveiled any DEX initiatives, the exchange is working on solutions for liquidity aggregation – which could be an essential building block if it decides to build a DEX.