Group buying startup Gobillion wants to encourage small-town India to shop together, save together 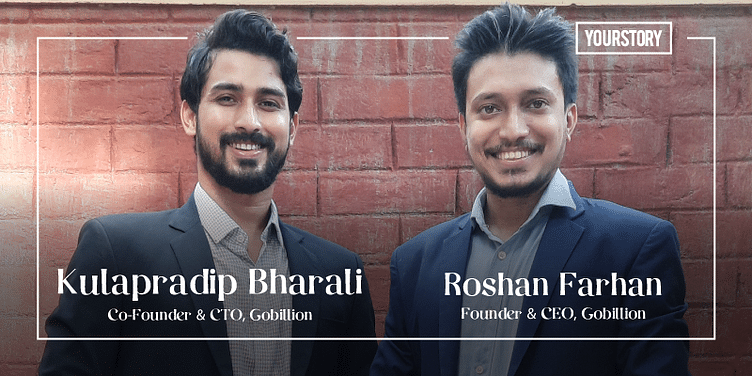 Backed by Y Combinator, group-buying startup Gobillion is following the path taken by Shanghai-based group buying app Pinduoduo. Operational in Guwahati at present, it encourages consumers to buy together and benefit from discounts.

Roshan Farhan, who grew up in Guwahati, saw first-hand how little people in small towns thought of online shopping.

“Even today, if I tell my parents or their friends to buy through online marketplaces, they will not. Despite the fact that they see me shopping online. There is a trust deficit,” Roshan says.

But these small towns spread across India represent a vast, underserved market and a massive opportunity. One that Roshan decided to tap with his best friend Kulapradip Bharali .

Together, the two co-founded Delhi-based ﻿GoBillion﻿, which aims to make online shopping an “interactive and fun” experience. The group-buying startup, which began with an initial investment of Rs 5 lakh, works on a model, which encourages consumers to buy together and benefit from discounts based on their aggregated purchasing quantity.

The co-founders believe that India, which now reportedly has more than 800 million internet users, is ripe for disruption in the group buying section.

Roshan says digital adoption has reached even the smallest of towns across the country and feels that when people see others in their circle ordering online, they are ready to do so themselves.

“That is what has worked for us. When people share deals with their friends through WhatsApp, which will give them discounts, they are totally involved. It then becomes a game for them,” he says.

After the idea came to them in 2020, the core team decided to do a pilot run of the app in Guwahati.

“We started with small towns because the eastern part of India is still quite underserved when it comes to ecommerce. And, if something works in a small town, it has a higher chance of working in bigger cities,” Roshan says.

The app was officially launched in February 2021, after a successful test run, began by offering daily essentials, including products like Aashirwad Atta and Lizol that have a higher brand recall, to attract more users.

The startup also retails local brands, where they give higher discounts, along other categories. It has chosen to stay away from fresh produce and perishables “as that will make the warehousing a bit tricky” due to the need for cold storage facilities and focus on shelf life.

Roshan claims transactions have been growing 107 percent month-on-month on the platform since its launch in February 2021.

The Gobillion Inc-run platform has seen more than 30,000 transactions with an average basket size of Rs 650.

It is backed by Y Combinator, a Silicon Valley-based startup accelerator, which invested in home-rental company Airbnb, and food delivery aggregator DoorDash, during their seed stage.

On Gobillion, group buying happens when a consumer finds a particular deal and shares it with their contact network, mostly through messaging app WhatsApp. If another person joins in on the deal, the price of that particular item decreases. It keeps decreasing as more and more people get in on the deal.

As of now, one person can get a maximum of four people on a particular deal. But this number will reach at least six or seven in the coming months.

“The concept is still new in India. Once there is more trust in this system, we will increase the group limit,” Roshan says.

Group buying has been successful in other parts of the world, including China.

Six-year-old Pinduoduo is the biggest success story of this model. The Shanghai-based app connects farmers and distributors directly with customers, who participate in group buying and get huge discounts.

The idea is simple: no matter the price of the product, if you can get more people to buy, you and everyone else involved in the deal gets a discount. The bigger the team size, the bigger the discount.

“Due to the accelerated pace of the internet, more and more people coming on to the platform. But the habit is yet to be built,” Roshan says.

The 20-member team is also in talks with the likes of Nestle, ITC, and Pepsico to sell their products and is also looking to add fashion, apparel, and electronic categories. The delivery staff consists of 10 members. While 95 percent of inventory comes from brands and other sellers, Udaan supplies 2-3 percent of essential goods.

Group buying is still a nascent category in India. With biggies including Grofers, Bigbasket and a few other local digital sellers entering the daily essentials category, Gobillion has a long way to go before it can capture a larger pie of the market.

But with as many as 400 million probable customers across Tier I to IV cities and towns across India, the market is huge.

The founders believe they are up to the task. In the next couple of years, the firm is planning to scale aggressively by “entering more than 200 towns across Bengal, Orissa, Madhya Pradesh, and Bihar”.