Medicine delivery by drones to be piloted in 16 green zones in T'gana, says Scindia 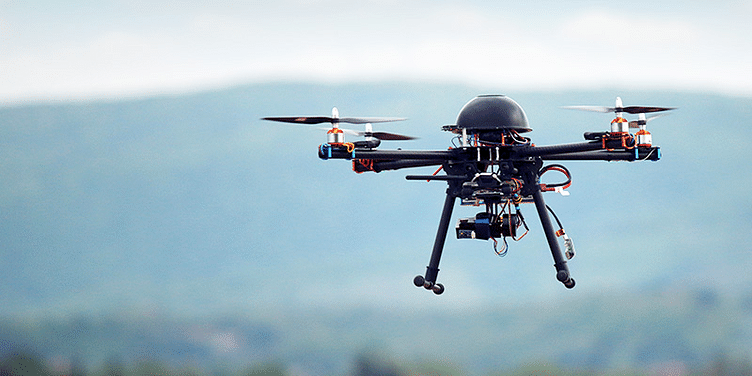 Under the Green zone, no permission is needed to fly drones. Whereas permissions are needed in Yellow Zone while Red Zones are no fly areas.

Union Civil Aviation Minister Jyotiradtiya Scindia on Saturday said the Medicines from the Sky project under which drugs and vaccines are delivered using drones, will be taken up on a pilot basis in 16 green zones in Telangana and scaled up to the national level based on data.

Launching the project here, Scindia said the new Drone Policy brought out by the NDA government at the Centre recently eased rules regarding drone operations in the country by reducing the number of forms that need to be filled to operate them from 25 to 5 and decreasing the types of fee charged from the operator from 72 to 4.

Scindia said under the visionary leadership of Prime Minister Narendra Modi the Drone Policy was envisaged.

Under the Green zone, no permission is needed to fly drones. Whereas permissions are needed in Yellow Zone while Red Zones are no fly areas.

"In 16 Green Zones this 'Medicines from the Sky' project will be taken up. The data will be analysed for three months. We along with the Health Ministry, IT Ministry, state government and the Centre will together analyse the data and make model for the whole country. Today is a revolutionary day not only for Telangana but for the whole country," the minister said.

Telangana to use drones to drop seeds for afforestation

The Medicine from the Sky' is an initiative of Telangana in partnership with World Economic Forum, NITI Aayog, and HealthNet Global (Apollo Hospitals).

The project was launched on experimental Beyond Visual Line of Sight (BVLOS) drone flights for delivery of vaccines using the identified airspace of the Vikarabad district.

BVLOS drone flights are those that go beyond 500-700 metres from the eye's vision or beyond the visual line of sight.

Tech startup Skye Air is part of a consortium for the project. It has joined hands with BlueDart Express to provide drone based-delivery and drone flights to conduct these trials.

Telangana Minister for IT and Industries KT Rama Rao requested the Union Minister to establish an Aviation University or Centre of excellence at Begumpet Airport in Hyderabad.

Blue Dart, in a regulatory filing, said it is proud to be given the first opportunity amongst various consortiums to initiate the drone trials.

The Consortium has successfully commenced Visual Line of Sight (VLOS) drone delivery trials, it said in the filing.

"The initiative is aimed at creating a robust healthcare infrastructure for last-mile delivery in the interiors of India, providing every individual with the healthcare they deserve. As we witness the marvel of drone technology, we look forward to extending this service across the nation and bringing the world closer to these remote areas," said Balfour Manuel, Managing Director, Blue Dart.

Ketan Kulkarni, CMO and Head - Business Development, Blue Dart said, drone trails are just the beginning of what we aim to explore in line with our organization's 'First In Last Out' policy, we have created these opportunities to contribute to the development of our nation while we achieve our business goals.

The Blue Dart Med-Express Consortium drone delivery trials currently involve the delivery of vaccines from Vikarabad to the primary health care centre in Sidduloor using a multi-rotor drone, the company said in the filing.

These drones can even handle Blue Dart's specialised temperature controlled shipments with a payload of up to 5kgs and are equipped to pick up and deliver the shipment from the distribution centre to the towns that need the medical supplies and vice versa, the company said.