Delhi, Bengaluru, and Mumbai among top startup hubs in the world: Report 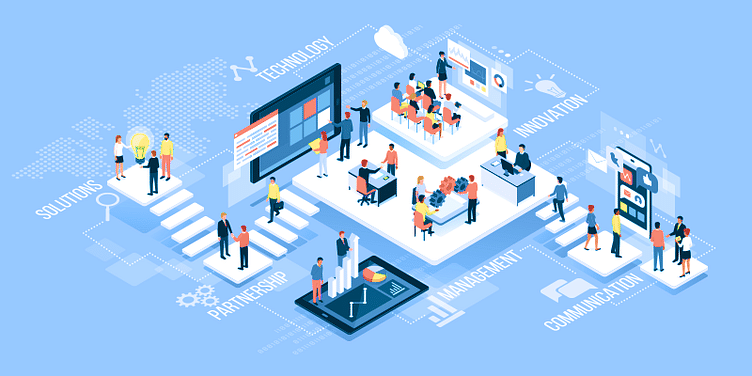 While Bangalore ranked in the top 30 global tech hubs (#23 globally), Delhi made it into the top 40 list, coming in at 36th.

Delhi, Mumbai, and Bangalore have featured among the world's top startup hubs, according to a comprehensive ranking of international startup hubs compiled by Startup Genome for its annual Global Startup Ecosystem Report 2021.

Bangalore also ranked in the top 30 global tech hubs (#23 globally) and Delhi made it into the top 40 list, coming in at 36th. Mumbai maintained its first position in the Emerging Ecosystems ranking (ecosystems in earlier stages of growth that have high potential to be global performers in the future), outperforming other fast-growing ecosystems in areas of funding, performance, market research and talent.

Released to coincide with London Tech Week, the largest tech event in Europe, the report ranks the leading 140 startup ecosystems based on seven success factors including Performance, Talent and Connectedness.

The findings revealed that London is the most attractive destination to set up a tech startup outside of Silicon Valley, with an overall ecosystem value of $142.7 billion. London has risen up the league table in the last few years, climbing from number eight in 2012 when the first rankings were released to number two in 2020. Silicon Valley held onto the top spot this year while Beijing and Boston came in fourth and fifth respectively.

The research shows that Indian startups raised $12.1 billion in the first half of this year, demonstrating the rapid growth of India as a global hub for tech and innovation. As of August 2021, India has produced 24 unicorns in 2021, including six unicorns in just four days in April.

The city of Bengaluru and the surrounding state of Karnataka is also the world's fourth largest technology and innovation cluster and home to more than 400+ global R&D centres. Alongside Mumbai, a number of other Indian hubs made it into the Top 100 Emerging Ecosystems' list, including Chennai, Pune, and Hyderabad.

London's tech sector has a pivotal role to play as we rebuild from the pandemic, and I am excited to be part of London Tech Week to discuss how our tech community can work with other start-up hubs to solve global challenges. In the face of Brexit and the global pandemic, London has demonstrated its resilience and proven itself once again to be one of the best places globally for tech innovations and start-ups.

She further added that for startups and high growth companies considering global expansion, London has access to high levels of funding, talent and customers all in one city. As one of the world's leading hubs for innovation, there is a huge opportunity for London to collaborate with other fast-growing startup hubs like Bangalore and Mumbai.

JF Gauthier, Founder and CEO of Startup Genome, said, "Entrepreneurs, policymakers, and community leaders in Asia have been working hard to build inclusive innovation ecosystems that are engines of economic growth and job creation for all. The Global Startup Ecosystem Report is the foundation of knowledge where we, as a global network, come together to identify what policies actually produce economic impact and in what context."

While the US and China have long been considered the global superpowers for startups and tech, the pandemic has accelerated the democratisation of startups, and Europe is quickly cementing its position on the global stage.

The release of the latest Global Startup Ecosystem Report coincides with London Tech Week, bringing together the global tech community to address how tech can solve some of the world's most pressing challenges.