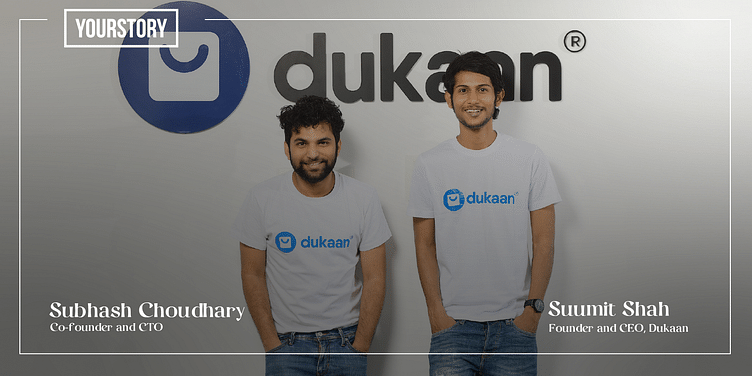 Suumit Shah, CEO and Co-founder, Dukaan, said, the funding will allow the startup to expand operations, while building its team of highly skilled designers and developers.

﻿Dukaan﻿, a platform that enables small merchants with no programming skills to setup an online store in 30 seconds, has announced that it has raised $11M in a pre Series A round led by 640 Oxford Ventures, with participation from existing investors Snow Leopard Ventures, Lightspeed Partners, and Matrix Partners India.

Venture Catalyst and new venture firms HOF Capital, Old Well Ventures, LetsVenture, 9Unicorns and a number of high-profile executives also participated in the funding round, including Oyo’s Ritesh Agarwal; Carl Pei, Co-founder and CEO of Nothing.

Founded in June 2020 by Suumit Shah and Subhash Choudhary, Bengaluru-based Dukaan is a no-code platform that makes it easier for anyone to launch an ecommerce website in a few minutes and scale it on the internet.

Since its inception, the startup claims to have facilitated over 1.5 million transactions and a new store is being created every two minutes.

“We founded Dukaan because we saw small businesses and first-time entrepreneurs struggling to digitise and make their presence online. We became obsessed with the idea of making the most affordable, easy-to-use, mobile-first commerce platform in the world,” said Suumit Shah, CEO and Co-founder, Dukaan.

“This new investment allows us to aggressively expand our operations, while building our team of highly skilled designers and developers. Additionally, this capital accelerates our ability to establish key strategic partnerships to grow our paying merchant base. We started with our monetisation journey on a small merchant base last quarter, and more than 2,000 merchants have enrolled in our Dukaan premium subscription plan so far. Premium subscription is just one of the revenue streams, which contributes ~10 percent to our revenues,” he added.

“Suumit and team have demonstrated a unique ability to understand what SMB’s need to be successful digitally and then ship product at incredible velocity to solve those pain points. This round of funding will further enable Dukaan to build meaningful products. We are thrilled to partner with Suumit and the Dukaan team on their path to becoming a generational company.”

Akshay Bhushan, Partner, Lightspeed, added, “There is a massive white space opportunity to service the commerce needs of India’s 100M+ small businesses and the Dukaan team with its strong product orientation and deep knowledge of the small business user is ideally positioned to lead the creation of new categories of commerce businesses in India.”