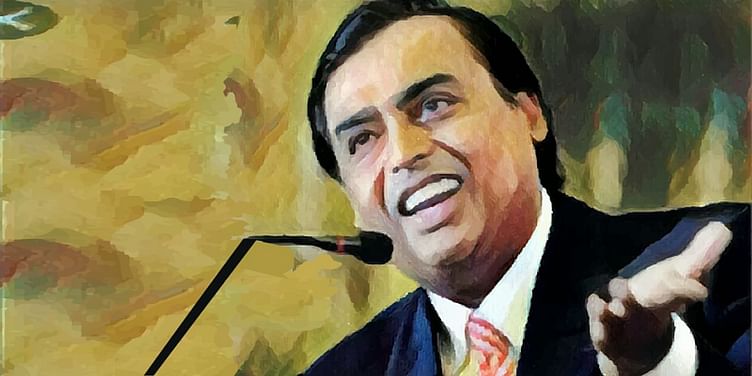 Reliance is reportedly looking to invest $300 million in Google-backed lockscreen application Glance. Part of the InMobi Group, Glance is a unicorn with 151 million users.

If the deal goes through, it would give the Mukesh Ambani-owned conglomerate access to Glance's 151 million active users, constituting one in every four smartphone user in India. Reliance, however, declined to comment on the talks.

"We usually do not respond [to market speculation] unless it's [deal] done," a Reliance spokesperson told YourStory.

The Google-backed unicorn (part of the InMobi Group) has a presence in more than half of the current user base of India's top four smartphone brands, according to Counterpoint Research. Hence, Glance's multi-category interactive content serve as a precious addition to Reliance-Google's upcoming affordable smartphone.

Branded JioPhone Next, the affordable 4G handset was announced earlier this year, almost 12 months after Google acquired a 7.7 percent stake in Jio Platforms.

As part of the Rs 33,737 crore transaction, Google and Jio aim to expand the benefits of digitisation across the length and breadth of India, and convert its 350 million 2G users to 4G smartphone consumers.

JioPhone Next is expected to launch ahead of Diwali, following a three-month delay in production. More than 100 million low-cost handsets are likely to hit the market.

Glance, which has a "robust presence" in the sub-$250 handset segment that accounts for 80 percent of its active user base, is a valuable addition for all OEMs, as per Counterpoint Research. It comes pre-installed as a lock screen app and offers an array of multi-language content across categories like sports, fashion, entertainment, news, travel, tech, business, and more.

"Further, more than one-tenth of the 5G smartphone installed base is equipped with Glance, thus making it a future-ready test pad for the next phase of content innovation," Counterpoint added.

Reliance has been on an acquisition spree in the last 15 to 18 months as it transitions from a legacy petrochemicals giant to a diversified consumer tech corporation by shifting focus to sunrise sectors like telecom, content, gaming, retail, and new commerce.

Earlier this year, it acquired a controlling stake in JustDial for Rs 3,497 crore. It was Reliance Retail's fourth acquisition — after Future Group, Netmeds, and UrbanLadder — in the last 15 months.

This JustDial acquisition comes at a time when Reliance is looking to ramp up its database of small merchants and accelerate its hyperlocal commerce operations to drive growth in JioMart. Just Dial's listings span across 250 Indian cities and have notched up 121.24 million reviews and ratings, making it a perfect fit for RIL.

Besides the retail division, the $200 billion conglomerate has also made multiple acquisitions through Reliance Jio. Some of its notable buyouts in the technology space include Saavn (music streaming), ﻿Haptik﻿ (conversational AI), ﻿Embibe﻿ (learning and edtech), ﻿Reverie﻿ (Indic language software), ﻿NowFloats﻿ (SaaS for SMEs), ﻿Tesseract﻿ (Augmented Reality), and Radisys (5G and IoT).

In the last three years, RIL has spent over $3 billion in acquisitions across verticals, according to Morgan Stanley Research. “The acquisitions reflect its ambition to disrupt the consumer space through the use of technology,” it stated.