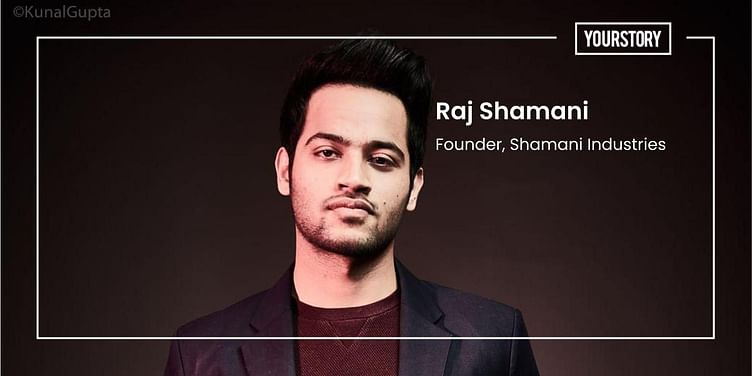 In this episode of the 100X Entrepreneur podcast, Raj Shamani talks about how he began his entrepreneurial journey and how he became a content creator.

Raj Shamani, an entrepreneur, content creator, and motivational speaker, had no plans of taking the entrepreneurial route when he was young. At 16, Raj wanted to become a rapper, but life had other plans in store for him.

Due to financial difficulties, Raj took the entrepreneurial plunge to stand by his father. Today, he runs ﻿Shamani Industries﻿ and is also a public speaker and Instagram content creator.

Raj’s father traded in chemicals, which are used to make soaps and detergents. At 16, he began his entrepreneurial journey by selling soaps. After surviving the business and making it profitable, he began sharing his journey on social media and is now one of the most-followed content creators in India.

“I wanted to become a rapper first because I was very influenced by the few songs which I learned…. but then, I had to take part in the entrepreneurial journey…. I thought what is that one thing that makes me stand out from other people,” Raj says.

He realised that other companies were telling stories through other people while he could tell them by himself. While others didn’t really have a front face to talk about them, Raj took it up as a strength and began giving speeches in small conferences, colleges, etc.

From this, he expanded his content and began talking about finance, sales, how young people can find opportunities, and why India is a land of opportunities, among others.

Speaking about followers, he says that initially, he was not mindful about gaining followers, but was only concentrating on giving speeches in different colleges. He also represented India at a youth representative programme at the United Nations  in 2015.

“I recorded those speeches and put them out on Instagram. For the first three years, my biggest strength was my life and my speeches abroad. That got me the initial followers,” he says.

While gaining 50K to 100K followers, he began advertising himself as a speaker. He says that it took him four and a half years to reach 100K followers.

Last year, after the pandemic hit, he exited the soap business and handed it over to his father to focus on creating content.

With a complete focus on content creation, Raj now boasts of having over one million followers on Instagram.

In this episode of 100X Entrepreneur podcast, Raj Shamani talks about how he began his entrepreneurial journey and how he became a content creator.