Zomato, Zerodha, Urban Co, Product Hunt and the Dutch: What you can expect on Day 2 of TechSparks 2021 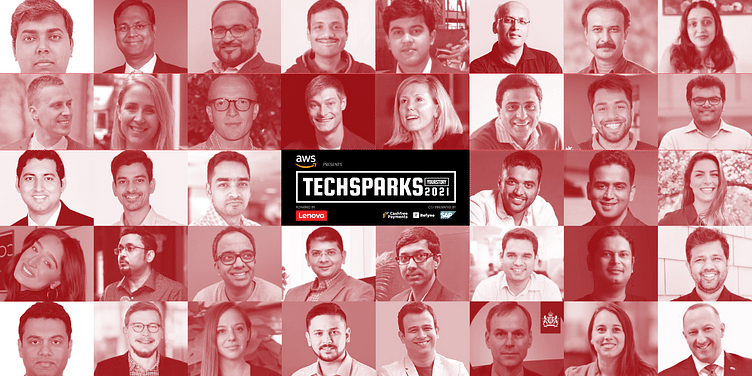 After the rip-roaring success of Day 1 at TechSparks 2021, Day 2 is set to raise the bar higher with five tracks featuring several more big names from the Indian startup industry, as, of course, the Netherlands.

We’ll kick the main track off with fireside chats featuring Ronnie Screwvala, Chairperson and Co-founder of ﻿upGrad﻿, focused on understanding the dynamics of fast-forward careers via online learning, followed by a really interesting session for fintech enthusiasts with Akash Sinha, CEO and Co-founder of ﻿Cashfree Payments﻿.

Next, we’ll hear from ﻿Zomato﻿ Co-founder and CEO, Deepinder Goyal, ﻿Sequoia Capital India﻿'s Mohit Bhatnagar, ﻿Nexus Venture Partners﻿' Sandeep Singhal and ﻿Accel﻿'s Prashanth Prakash discuss an important topic for startup founders today —  giving back to the ecosystem. Anyone of the belief that people who benefit from a network of learned, experienced entrepreneurs should, in turn, give back to the community, must listen in to this conversation.

“We’re witnessing the creative destruction of financial services, rearranging itself around the customer. Whoever does this is the most relevant, exciting way using data and digital, wins,” said Arvind Sankaran, a prominent investor in the fintech space who has also worked with companies such as ﻿Jungle Ventures﻿, McKinsey, Infosys, Barclays, HSBC and Citi, among others in a career spanning two decades.

As part of our continued efforts to drive more conversations around financial technology, we have what potentially could be an eye-opening session featuring co-founders from notable startups such as ﻿Simpl﻿, ﻿CoinSwitch Kuber﻿, ﻿ZestMoney﻿, ﻿ACKO Insurance﻿, and Bankbazaar.com, who, along with Chiratae Ventures’ partner Karthik Prabhakar, and Sanket Deodhar, Vice President & Head- TATA Group & Unicorns Business at SAP India, will talk about using compliance and regulations to safely scale and cater to more stakeholders.

We’ll continue our discussions around fintech with ET Money’s Mukesh Kalra, who will talk about the need for innovations in wealthtech for new India and the next billion users, as well as a panel that will decipher the merchant acquisition playbook.

﻿Zerodha﻿ Co-founder and CEO Nithin Kamath, an ecosystem favourite, will take the stage with YourStory Founder and CEO Shradha Sharma, where the two will discuss how the startup has disrupted the Indian brokerage and investment-tech landscape.

We’ll take a quick detour from there to join Ryan Hoover, Founder of Product Hunt and Investor at the Weekend Fund where, in a no-holds-barred conversation, we’ll ask him about his journey from an entrepreneur to an investor.

From there, we’ll meet a herd of unicorns —  not the mythical animal, but the next best thing i.e. startups valued at $1 billion and over.

We have over 20 unicorn founders speaking at TechSparks 2021 this year, right from Beerud Sheth of ﻿Gupshup﻿, Abhiraj Singh Bhal of ﻿Urban Company﻿, and Amrit Acharya of Zetwerk, to Nirmit Parikh of Apna and Vikram Chopra of Cars24, among several others.

As one of the fastest-growing innovation hubs in the world, the Netherlands holds an important place in the startup universe, particularly for its tech prowess, the scores of incubators it houses, as well as its friendly tax and visa laws.

The Netherlands has been leading the world on a number of tech fronts, creating impactful societies, smart cities, agritech, healthtech, and cybersecurity. The Indian startup ecosystem stands to not only learn a lot from its Dutch counterpart but also explore collaborations to work towards common goals.

YourStory has taken it upon itself to herald in this era of symbiosis with the Dutch, as TechSparks 2021 features a specialised Indo-Dutch track, for the first time. Our aim with this specific block is to explore the ways in which Indian startups can leverage the Netherlands’ foreign startup-friendly to explore opportunities to scale and expand into the EU, and how Dutch startups, in turn, can make headway into the Indian market.

We’ll kick off with Manmeet Singh, Director of Growth at Cashfree Payments who will shed light on how startups can grow quickly. We’ll also have YourStory’s Ramarko Sengupta speaking with social media influencers, Niharika NM and BeYouNick who will cut through the noise and teach you how to do the same.

From Sweden and Estonia, to the US and Indonesia, the international track on the second day of TechSparks 2021 promises to serve up a global platter.

On offer is a conversation with Thejo Kote, Founder and CEO of Airbase, as well as Brendan Rogers, Co-founder and General Partner at 2am VC.

Next, we have YourStory’s Sindhu Kashyaap talking to BukuKas’ founder and CEO, Krishnan Menon about his experience building a startup in Southeast Asia.

We’ll conclude Day 2 with a freewheeling conversation around cloud database with Ofer Bengal, CEO and Co-founder of Redis.

It’s going to be an exciting day and we’re raring to go. Are you?