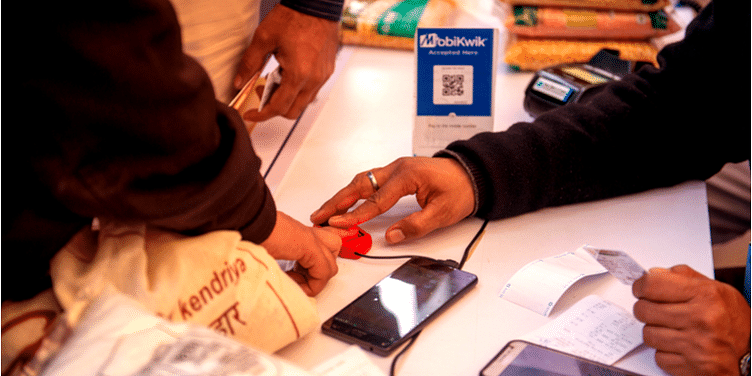 Mobikwik, founded by Upasana Taku and Bipin Preet Singh, had filed its draft red herring prospectus for a Rs 1,900 crore IPO in July this year.

Gurugram-based fintech startup ﻿MobiKwik﻿ could push its initial public offering by two to three months, or to the next financial year as investor scepticism around the valuation and business models of fintech firms grow, the Economic Times reported on Tuesday, citing people familiar with the matter.

The startup has been advised not to go ahead with its IPO because it might be hard to find enough demand from foreign and domestic institutional investors, the ET report said, adding MobiKwik's IPO valuation has declined by as much as 30-40 percent.

MobiKwik was last valued at around $750 million, following a $20 million investment round by Abu Dhabi Investment Authority (ADIA).

In response to a YourStory email that sought to confirm the veracity of the ET report, MobiKwik said it "will list at the right time."

Sources also told ET that the demand for MobiKwik's anchor book was lacklustre, and so the public issue was postponed.

Concerns around overvaluation of fintech firms spiked after ﻿Paytm﻿'s IPO, which not only saw tepid response in the pre-IPO placement round but also saw shares decline since its debut, wiping nearly Rs 50,000 crore off its market cap on Monday.

Our listing will provide bountiful rewards to employees: MobiKwik

The IPOs of Zomato and Nykaa, on the other hand, saw considerable success in their pre-IPO placements and debuts, which has caused investors to rethink the value they're ascribing fintech firms.

MobiKwik's Rs 1,900 crore IPO includes a fresh issue worth Rs 1,500 crore, and a secondary sale of shares worth Rs 400 crore where existing investors can sell their stakes in the startup.

Shareholders who could put their stakes up for sale in the startup include American Express, Bajaj Finance, Cisco Systems, Sequoia Capital India, and Tree Line Asia Master Fund, among others.

The Gurugram-based startup had told YourStory in February that it was gearing up for an IPO this year, after clocking its highest-ever revenue in March 2020.

But the pandemic pressured its bottomline, and the startup had to lower its revenue expectations to around Rs 400 crore, and a loss between Rs 40 crore and Rs 50 crore, Upasana told YourStory in the video interview.

In March, MobiKwik got some bad press after an alleged data theft, which provoked the Reserve Bank of India to order a forensic audit on the company. It was reported that the data of around 10 million of its customers were stolen by hackers.