Paytm shares plunge 13 pc as anchor investors unlock. Why is the path to recovery tough? 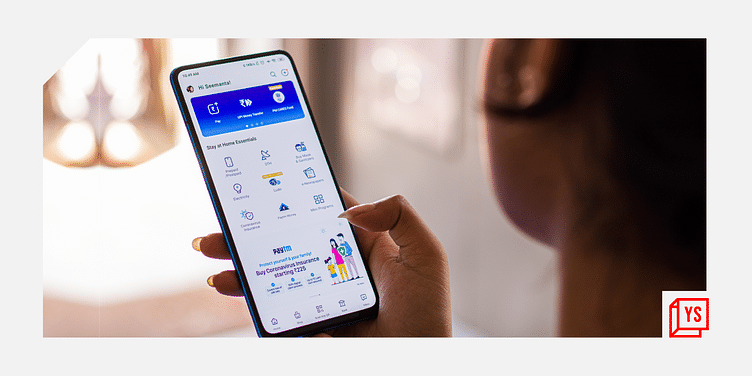 Promoted by Vijay Shekhar Sharma, One 97 Communications, which operates fintech conglomerate Paytm, saw its share price dip by 13.22 percent on the BSE in early trade.

The digital payment major’s share price slumped over 13 percent on Wednesday as the customary one month lock-in period for anchor investors ended, and trading volumes spurted.

Promoted by Vijay Shekhar Sharma, One 97 Communications, which operates fintech conglomerate Paytm, saw its share price dip by 13.22 percent on the BSE in early trade.

On November 18, when Paytm debuted on the bourses, it had set a record with its Rs 18,300 crore initial public offering (IPO) where it issued shares to investors at Rs 2,150 apiece. At Wednesday’s close, Paytm’s shares quote over 35.8 percent below its IPO price.

Paytm’s share price and trade volumes attracted close observation on Wednesday as anchor investors — who include qualified institutional investors (QIBs) that invest more Rs 10 crore in an IPO, such as commercial banks, public financial institutions, mutual funds, and foreign portfolio investors — have a lock-in period which got over on Wednesday.

The plunge of over 13 percent in the share price and the unlocking for anchor investors had a connection, which is endorsed by the spurt of 6.5 times in Paytm’s Wednesday trading volumes on the BSE.

In the 19 trading days since Paytm was listed, Wednesday’s trading volume on the BSE and NSE counts among the top 10, and the maximum after November 25.

When seen in conjunction with the share prices, a pattern of increasing trading volume and decreasing share prices emerges —which have a direct correlation.

With Zomato, Nykaa, Paytm and more startups going public, what does it now mean for founders to run a listed company?

The other lens to look at the probable impact of anchor-unlocking is the ratio of deliverable shares as a percentage of the total traded shares.

At the BSE-NSE average of 31.3 percent on Wednesday, the ratio was comparably lower than the combined average of 48.1 percent seen in the first trading week of December.

This meant that less than a third of the trades on the BSE were done with intent to take delivery, while two-thirds of the trades were day trades.

However, it is noteworthy that the BSE-NSE combined traded volume of 13.7 million works out to over 35.7 percent of the anchor allocation of 38.3 million shares to 122 investors and four mutual funds.

It is unfair to draw a direct relation between Wednesday’s increased trade volume on both the stock exchanges and its proportion to the total anchor allotments done by Paytm prior to the opening of the IPO.

This is because seasoned anchor investors were ‘out of money’ to the extent of a 30.4 percent drop when compared to Paytm's buying price of Rs 2,150 and Tuesday’s closing price of Rs 1,495.45 apiece. In other words, shares bought for Rs 8,235 crore on November 3 were worth Rs 5,727 crore on December 14 — a day before the regulatory lock-in ended.

“Dabbling in multiple business lines inhibits Paytm from being a category leader in any business except wallets, which are becoming inconsequential with the meteoric rise in UPI payments,” Macquarie Research said in a note dated November 18 - the day Paytm got listed. “The biggest challenge for PayTM will be to achieve scale with profitability.”

Earlier this week, the company reported a five-fold increase — at over 2.72 million — in the number of loans it disbursed in the first two months of the current quarter, compared to 0.53 million in October-November last year.

During the same period, the value of loans disbursed through its platform also rose 375 percent at Rs 1,320 crore, compared to Rs 280 crore in the same period last year.

The Macquarie report had pegged Paytm’s 12-month price target at Rs 1,200 apiece and had cited that most of Paytm's initiatives mirror those of every other large ecosystem player like Amazon, Flipkart, Google, etc.

“The competition is quite evident in the buy now pay later (BNPL) space and distribution of various financial products,” the report cited. “Longer term, take rates in the distribution business will be driven southwards by competition and regulation.”

Clearly, in less than a month since listing, Paytm’s share price is not too far from the target spelt out by Macquarie, and the research outfit was unwilling to give Paytm a premium as they were unsure about its path to profitability.

Paytm’s rough time on the bourses seems to be unending.