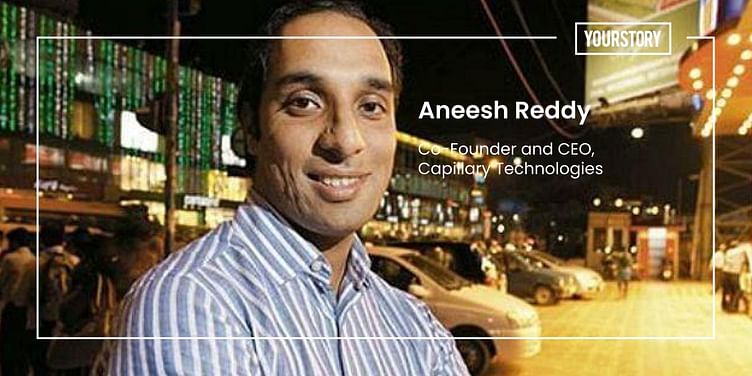 Bengaluru-based Capillary is close to filing its Draft Red Herring Prospectus (DRHP) with market regulator Securities and Exchange Board of India (SEBI) by end of December or early January.

According to industry experts, the IPO will include a large secondary component, apart from primary capital raise. Aneesh Reddy, Co-Founder and Chief Executive Officer, declined to comment on the IPO.

Founded in 2008 by Aneesh, Ajay Modani, and Krishna Mehra, the company has pivoted its focus from the retail sector to expand into other addressable markets, apart from consciously going after enterprise companies to ensure a steady stream of revenue.

Krishna moved on from Capillary in late 2015 to start his own venture.

“One mistake we made very early was we didn’t think of expanding to addressable markets as soon as we should have. We only realised later that it’s about how large a market you play,” Aneesh told Yourstory.

One of the reasons for an upcoming IPO could be investor pressure for an exit but that is not the only factor driving SaaS IPOs in the country, says Aditya Shukla, partner at global management consulting firm Bain and Company.

“IPO is a logical next step for SaaS companies in India of a certain scale as they explore new geographical markets, and it helps to be publicly listed to attract the right kind of talent and sell to larger enterprises. Exit to investors is one of the factors, but not the only factor driving IPOs in SaaS,” says Aditya.

Capillary’s core offering continues to be its loyalty CRM stack, which it has expanded to new verticals, beyond retail. In effect, it has gone on from being a vertical-focused player to a horizontal player.

“Loyalty CRM continues to be a lion’s share of our revenue while ecommerce platform play is a little less than 20 percent,” Aneesh says.

The focus has changed for Capillary, says Aneesh, as retail’s share in the company’s revenues has shrunk from nearly 90 percent in 2019 to 65 percent now.

New verticals, primarily oil and gas, conglomerates, and consumer goods companies have grown their share to nearly 35 percent of the company’s revenues. Apart from these verticals, Capillary has also signed on customers in the travel and hospitality and the airline space.

“We took the decision in January-March quarter of 2019 and our new business lines have been stable despite COVID,” he says. He adds that the company registered a few profitable quarters before the pandemic hit.

As a result of the pandemic, the revenues from retail shrunk due to the lockdown and malls remaining closed. The business has now recovered to 95 percent pre-COVID and is on path to being profitable on a quarterly basis.

Being a horizontal company helped Capillary diversify its client base as well as increase its addressable market.

“We have gone from one vertical to seven over the last few quarters. Some of the verticals we are signing up now are very large enterprises which are five, seven or 10-year contracts. They spend significant time in vendor integration and these contracts tend to be sticky.”

For example, Capillary works with Shell for its fuel retail loyalty programme. Aneesh says for consumer brands, they have created app-based loyalty solutions, which incentivise loyal customers with rewards such as cashbacks.

According to a recent release, Capillary works with over 400 enterprises, including brands such as PUMA, Levi’s, Domino’s, HP, Bata as well as others from food and beverage, hypermarkets, fashion and apparel, hospitality, fuel retail, FMCG, and consumer durables.

Aneesh says that over the last quarter, the customer churn has been less than 2 percent on a quarterly basis.

Capillary was recently in the news for its acquisition of US-based customer experience company Persuade — a move which has helped it expand beyond Asia to target the larger market.

“With COVID, the world became flat and we could sit in India and sell to the US market. That pushed us to have a small team there, which led to the acquisition and we have won our first few clients. We have a 40-member team there,” says Aneesh.

The US business currently makes for one-fifth of Capillary’s revenues, with the rest coming from Asia.

India leads the revenue contribution in Asia, followed by Middle East and Southeast Asia. Capillary also has a presence in China through its offices and it serves its multinational customers which have operations in China.

Speaking about other acquisitions, Aneesh says that acquisition of ecommerce platform provider MartJack made in 2015 and ecommerce order and management platform SellerWorx in 2016 fit into its offerings in the space. Recommendation SaaS solution for ecommerce Ruaha Labs, which was acquired by Capillary in 2015, is now a part of its AI-powered customer analytics product.

Other investments by Capillary include a minority investment in CRM services provider Exclusife Technosoft and offline to online fashion store, Fashalot. Fashalot later launched its own loyalty and reward tracking platform, TWID in 2019.

However, Capillary did not comment on how these investments played out for it or whether it continues to remain invested.

Capillary also continues to be a minority shareholder in user engagement platform ﻿WebEngage﻿.

With the Indian IPO market maturing with sustained private investor momentum, the time might be right for a SaaS IPO. The current crop of SaaS companies in India have the benefit of historical knowledge from public listing of companies like Freshworks.

Digital transformation, especially due to the pandemic, has also proved to be a tailwind, helping companies scale to $50 million ARR (annual recurring revenue) faster.

“Indian SaaS has come of age due to multiple factors such as the move from on-premise to cloud and investor interest in the sector which has helped multiple companies build their sales force and go-to-market strategy, as well as expand geographically,” says Aditya of Bain and Company.