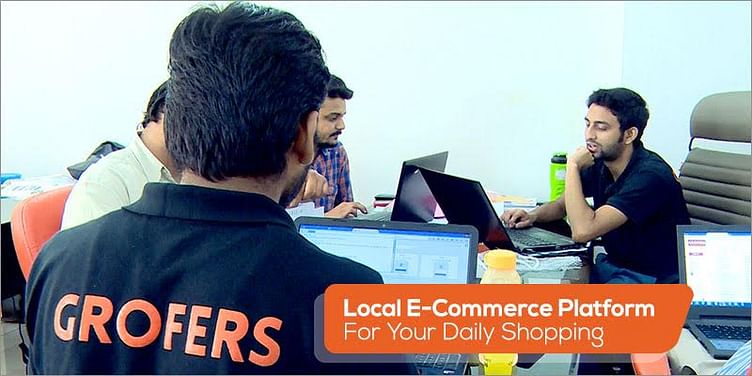 YourStory presents this daily roundup of the latest news and updates from the Indian startup ecosystem and beyond. Here's the roundup for Monday, December 13, 2021.

Online grocery delivery platform ﻿Grofers﻿ has rebranded itself as Blinkit to focus on its pivot to quick commerce. In a blog, Grofers' CEO and Co-founder Albinder Dhindsa said, "we learnt a lot as Grofers, and all our learnings, our team, and our infrastructure is being repurposed to pivot to something with staggering product-market fit – quick commerce. Today, we are surging ahead as a new company, and we have a new mission statement – “instant commerce indistinguishable from magic”. And we will no longer be doing this as Grofers – we will be doing it as Blinkit."

The new name suggests that deliveries will take place in the blink of an eye. Albinder added that today Grofers has already processed over a million orders a week, across 12 cities in India, "and this is just a start."

Urban Company valuation rises 33 pc within 6 months to $2.8B in 4th ESOP sale

Home services marketplace ﻿Urban Company﻿ has recorded a 33 percent jump in firm valuation to $2.8 billion in the employee stock sale programme concluded recently, the company said on Sunday. The company raised Series F funding of $255 million in June, led by Prosus Ventures, Dragoneer and Wellington Management, with participation from Vy Capital, Tiger Global and Steadview, at a valuation of $2.1 billion.

Urban Company shared that it has concluded the sale of ESOPs (employee stock ownership plan), worth $7.3 million (Rs 54.6 crore) that were allocated to 770 employees comprising shares of around 390 former employees.

Actor-model Harnaaz Sandhu made history on Monday as she was crowned Miss Universe 2021 -- beating contestants from 80 countries -- 21 years after India last brought home the title.

Only two Indians before Sandhu have won the title of Miss Universe - actors Sushmita Sen in 1994 and Lara Dutta in 2000. The 70th edition of the event was held in Eilat, Israel, where the 21-year-old bagged the coveted pageant.

The Chandigarh-based model, who is pursuing her master's degree in public administration, was crowned by her predecessor Andrea Meza of Mexico, who won the pageant in 2020. While Paraguay's Nadia Ferreira, 22, finished second, South Africa's Lalela Mswane, 24, came third.

The current round led by IIFL Asset Management (IIFL AMC), along with investment from existing investors InvestCorp and Bessemer Venture Partners (BVP) comes on the heels of notable scale-up that the company has delivered in recent years towards maintaining its dominant market leadership in the dialysis space.

﻿Plum﻿ is expanding its portfolio to add new products across categories like haircare and skincare, as well as bolstering its retail presence in the country as the beauty brand aims to hit Rs 300 crore annualised revenue run rate by first quarter of FY23.

The company, which has raised funding from investors like Unilever Ventures, Faering Capital and others, is also looking at strengthening its international business in markets like the US, Middle East and South Asia.

Further to the investment, TiE Kerala has also nominated Zappyhire to present as a 'TiEtan' at the TiE Global Summit (TGS) in Dubai on the 15th and 16th of December. TGS offers a great networking opportunity for startups for next-level fundraising as well as market access.

Foodtech firm ﻿Nino Foods﻿ has raised $1.6 million in seed round from existing investor Y Combinator, and Soma Capital. Uncommon Capital and serial entrepreneur Harry Hurst also participated in the round, according to Nino Foods. YourStory has also verified a copy of the document signed between Nino Foods and one of their investors.

Agritech startup ﻿Otipy﻿, which mainly sells fresh vegetables and fruits through its mobile app, expects its turnover to jump nearly five times to around Rs 95 crore during this fiscal year, on the back of healthy growth in customers base.

In July this year, the Gurugram-based startup raised $10.2 million (around Rs 76 crore) from investors including SIG and Omidyar Network to expand its business.

﻿Smartworks﻿, which provides managed office space, will invest $ 25 million (nearly Rs 190 crore) in its new tech venture that will offer services related to workspace management, as part of its plan to grow business.

The new firm 'Smartworks Technology Services' will be a 100 per cent subsidiary of Smartworks and it aims to launch a building operating platform and workspace management SaaS product.

The company processed Gross Merchandise Value or GMV Rs 1,666 billion for the months of October and November, a 129 percent year-on-year growth from the first two months of October-December quarter of FY 2020-21.

The company defined GMV as the value of total payments made to merchants through transactions on the Paytm payment instruments or through Paytm’s payment solutions. The figure excludes consumer-to-consumer payment services.

As part of its second-quarter results announced in November, the company reported a net loss of Rs 473 crore while its expenses jumped to Rs 1,600 crore. The company’s revenue from operations grew 64 percent year-on-year for Q2 FY 2021-22 driven by growth in its non-UPI payment volumes.

Flipkart owned digital payments platform PhonePe said in a statement that its offline merchant transactions grew 200 percent since last year. The company processed over a billion transactions made to merchants on its networks at offline and online stores, as well as for utility services such as recharge, bill payments and financial services.

“PhonePe has emerged as India's largest digital payments platform, and we are leading the industry on all key metrics which includes value and volume of transactions, registered users as well as merchant coverage,” said Sameer Nigam, Founder and CEO of PhonePe.

The platform said that it had digitized 25 million small merchants and kirana stores in India. The PhonePe claims to have a merchant network across 15,700 towns and villages. It employs 125,000 field-force to enrol merchants across geographies.

Ecommerce roll-up company Mensa Brands has announced the acquisition of digital-first kids fashion brand LilPicks in a statement. With the acquisition, LilPick’s plans to clock a gross turnover of Rs 500 crore over the next four years, said the statement.

“We are very excited to add LilPicks to our portfolio of breakout brands and work together to propel it to India’s top kids fashion brand. The kids wear segment is emerging with a lot of white spaces, giving us the perfect opportunity to grow the brand with the right product mix and distribution. We are highly impressed with Riya’s depth of knowledge of this category and her desire to provide the best customer experience,” said Ananth Narayanan, Founder and CEO of Mensa BRands, in the statement.

Founded in 2017 by Riya Gupta, LilPicks has a presence across overseas markets such as Malaysia, Singapore, Nepal and other geographies apart from India. The brand retails across ecommerce platforms such as Myntra, Flipkart, Amazon, Nykaa, FirstCry and Ajio among others.