Urban Company valuation rises 33 pc within 6 months to $2.8B in 4th ESOP sale 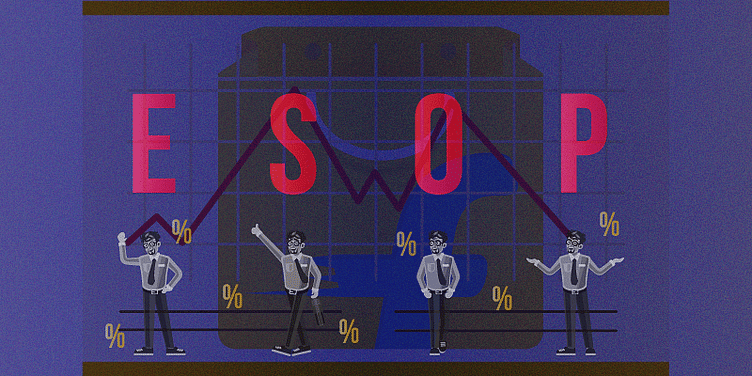 The company raised Series F funding of $255 million in June, led by Prosus Ventures, Dragoneer and Wellington Management, with participation from Vy Capital, Tiger Global and Steadview, at a valuation of $2.1 billion.

The company raised Series F funding of $255 million in June, led by Prosus Ventures, Dragoneer and Wellington Management, with participation from Vy Capital, Tiger Global and Steadview, at a valuation of $2.1 billion.

Urban Company shared that it has concluded the sale of ESOPs (employee stock ownership plan), worth $7.3 million (Rs 54.6 crore) that were allocated to 770 employees comprising shares of around 390 former employees.

"Urban Company recently concluded its fourth and largest ESOP sale programme worth $7.3 million. The ESOPs sold in this transaction have largely been purchased by existing institutional investors of the company. The transaction culminated at a valuation of $2.8 billion, up from $2.1 billion for the Series F round in June 2021," the statement said.

With this round, the company said that it has facilitated approximately $13.21 million (about Rs 100 crore) worth of liquidity for its employees and ex-employees in four ESOP sale programmes.

Urban Company's first ESOP sale occurred in June 2017, followed by the second ESOP sale in December 2018 and the third sale in August 2020.

"This is our fourth and largest ESOP secondary sale we have facilitated till date. In our experience, such liquidation opportunities strengthen the faith team members have in ESOPs as a wealth creation instrument.

"Further, we have focussed on creating an employee-friendly ESOP programme, with features such as an exercise price of Rs 1, a linear vesting schedule and an unlimited hold period to exercise the ESOPs after an employee leaves the company," Urban Company co-founder Raghav Chandra said.

In the past seven years, Urban Company said that it has issued ESOPs to 940 current and ex-employees.

"A total of 550 of these 940 individuals have vested ESOPs, and were eligible to participate in this secondary sale programme. Employees and ex-employees could sell up to 100 percent of their vested ESOPs as part of this sale programme," the statement said.