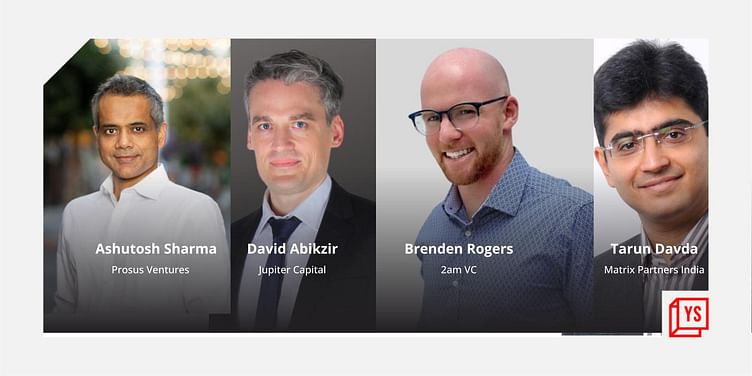 From more unicorns to IPOs, investors continue to believe in the India startup landscape and ecosystem in 2022.

Last year, the Indian startup ecosystem spent slightly over $220 million (Rs 1,648.6 crore) on buying back Employee Stock Ownership Plan (ESOP) shares from employees, according to data collected by YourStory and based on reports. This does not include ESOP buybacks for employees from startups that went public this year.

It was also a year of stellar IPOs, with ﻿Zomato﻿, ﻿Nykaa﻿, ﻿MapmyIndia﻿, and ﻿Paytm﻿ to name a few making a mark on the bourses.

But will the momentum of massive capital inflow, renewed interest in ESOPs and getting listed on the stock exchanges continue in 2022? Investors believe it will. In a conversation with YourStory, investors from ﻿Matrix Partners India﻿, ﻿Prosus Ventures﻿, Jupiter Capital, and ﻿2AM VC﻿ spoke about their expectations from 2022.

David Abikzir, CIO and Executive Director, Jupiter Capital says, “I strongly believe that India is building an entrepreneurship model with accelerated innovation for the rest of the world. Indian startups are disrupting way ahead of the industry by seizing upon opportunities, changing the status quo, and innovating across sectors – be it health, manufacturing, education, financial inclusion, transport and logistics, sustainability, or agriculture.”

He explains that 2021 was a defining milestone year for the Indian startup ecosystem as, on average, three startups were turning unicorns every single month.

“In 2022, we are looking forward to launching the new J1 Capital Fund of $150 million, where we will be primarily focusing our investments in B2B SaaS companies and consumer brands. Additionally, we will continue to grow the companies we have already invested in and prepare for several exits in the next 12 months,” added David.

Adding to this Tarun Davda, Managing Director, Matrix Partners India says 2021 brought a sense of legitimacy not just around startup valuations, but also the role of startups in digital nation-building.

“At Prosus Ventures, we are very flexible as long as the target market size is big and tech is an enabler. That’s the underlying principle of our investment thesis,” says Ashutosh Sharma, Head of Investments and M&A, Prosus Ventures.

While most of the funds will continue to be sector agnostic, sectors such as gaming and new ecommerce — such as social ecommerce — stood out last year. Matrix Partners will also be testing the waters with crypto and blockchain startups.

“The Indian SaaS industry is witnessing an explosive growth with the growth numbers in the sector doubling from 2016 to 2021, and revenue growth has been further grown 5x during the same period – from $1 billion to $5.3 billion,” says David.

He adds the growth continues unabated at approximately 51 percent CAGR, adding to the hopes of the SaaS sector becoming a trillion-dollar industry in terms of valuation by 2030.

David adds that there are several reports the SaaS industry in India is expected to grow by 5x over the next five years, as the demand for talent and technological innovation has remained very strong. Additionally, the capital required for B2B SaaS startups to reach the unicorn status is half of what it takes for a B2C startup in India, and the revenue per employee for SaaS companies stands at twice as compared to the IT services industry.

David adds, “Edtech will be an active sector for us in 2022, along with fintech, that will also continue to attract significant investment and attention. Insurtech is another sector that we are following closely given the low penetration of insurance in the country as compared to other jurisdictions around the world. With the increase in emissions and rise in global warming, cleantech is also a sector that is on the rise, and we plan on following the same and investing in it in the coming years.”

“Largely driven by the recent IPOs, the exit scenario in India has significantly improved and companies have delivered on the back of years of promise – a clear sign of a maturing market,” says Tarun. He adds India will continue to be an investment destination of choice.

“2021 was a seminal year and the proof is in the pudding – with a large number of companies filing for IPO truly the last piece of the puzzle for India’s startups, I expect even more conviction from large global investors on the India story,” says Tarun.

Ashutosh adds there is lots of dry powder already available so that won’t be a problem for the sector locally.

“As it stands, the most amount of capital was raised last year by local funds. There are many companies in the IPO pipeline. Whether they go and/or have successful listing will depend on the macro environment,” explains Ashutosh.

Brenden Rogers, Co-founder and General Partner, 2am VC says, “With businesses moving online during the pandemic, startups have been able to connect with multiple founders anywhere, leading to higher conversions on deals and more opportunities to invest.”

He added that these startups are seeing a larger trend of building in India and selling products globally, including to the US, which presents a massive opportunity.

Hershel Mehta, Co-founder and Partner, 2am VC adds, “There is also a need for focused funding efforts in the seed and early stages. While there is significant dry powder in the market, there is a need for value addition for that specific stage.”

Both Brenden and Hershel believe that with more startups seeking investment across different stages, there will be a need for more funds like 2am VC that are focused on specific stages and go beyond adding capital.

However, the investor community also expects that the ecosystem and the bourses will see some rationalisation and correction in the next few months. Ashutosh says,

“The public markets are due for a correction and private money will follow suit. That being said, there is going to be no dearth of capital for deserving and innovative companies that are solving for problems at scale, and demonstrating a strong operational focus.”

The overall outlook is nevertheless positive and bullish. Tarun adds,

“Of course, there will be some corrections along the way as the funding environment has been overheated, but broadly, I see a secular positive trendline. For the first time, there's a lot more confidence that we are in what will most likely be a multi-year or multi-decade value creation cycle. If we look back to where China was 10-15 years ago, it's similar to where we are currently right now in India, and it finally feels like we're fishing in a deep pond.”