Trading strategy platforms: the next frontier for fintechs in 2022 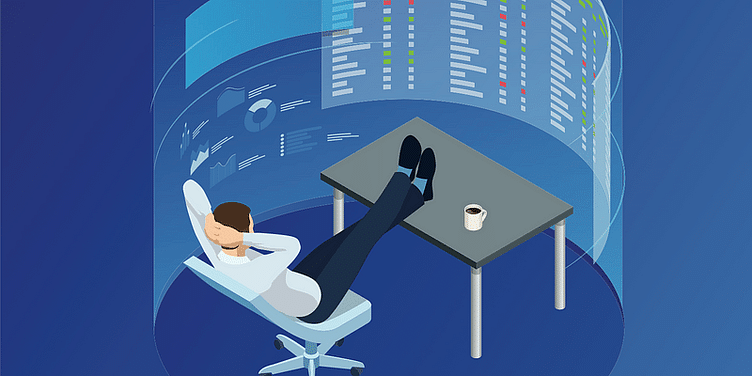 There’s a storm brewing in the retail investment space, and, this time, it’s not because of platforms such as Zerodha, Upstox, Groww, and Paytm Money. Trading strategy platforms, which are helping automate and make trading smarter, are quickly becoming the next layer in the saga of retail investing.

There’s a famous line in The Big Short that goes, “Wall Street loves to use confusing terms to make you think only they can do what they do…Or even better, for you to just leave them the #$*# alone.”

For the longest time, this was true for day trading and stock market investing which were playgrounds mostly for bankers, traders, and brokers.

But fintech has changed all that — and how.

Over the last two years, India added 15 million-plus demat accounts, the highest so far, and most of those new account openings have been driven by new-to-market retail investors.

Companies like ﻿Zerodha﻿, ﻿Upstox﻿, ﻿Groww﻿, ﻿Paytm Money﻿, and other brokerage platforms have made signing up for a demat account as easy as ordering food on ﻿Swiggy﻿ — no more backbreaking paperwork, chasing stockbrokers to execute trades, dealing with clunky websites, and being on the receiving end of unsolicited investment advice by aggressive bankers with no skin in the game beyond their own commissions.

And retail investors took to this new, democratised trading format like moths to flames, especially during the lockdown months in 2020 when they were able to monitor their investments on a day-to-day basis.

These are clear signs that Big Finance is losing the exclusivity vis-a-vis investing it once had — there are far fewer monetary and accessibility barriers to trading than there once were.

But what retail markets have not been able to duplicate is the institutional banks’ research and data driven-investment management aspect of the entire ordeal. Retail investing, especially DIY investing, loses to investment banks because most people don’t have the time to sit in front of computer screens and monitor stock charts throughout the day.

Most retail investors today buy or sell stocks based on hearsay — if a banker friend tells them to, or if they read a Discord or a Reddit thread recommending those trades. Only a handful take the time to get into the fundamentals of a company whose stock they’re looking to purchase, and consider the micro and macroeconomic effects on the scrip price.

Investment banks, on the other hand, not only backtest their trades based on empirical and historical data before recommending stocks, but also have people and tech processes in place to monitor minute-by-minute stock movements, as well as economists who are able to predict, with acute accuracy, where the markets are likely to go.

But, much to investment banks’ collective chagrin, that’s changing now too.

Enter trading strategy platforms that are not only making retail investing more conscientious, more deliberate and research-driven, but also taking the minute-by-minute monitoring of trades out of the equation by automating trading.

They’re helping retail investors make more informed decisions that lead to better returns and fewer losses, as well as helping them diversify their portfolios so they’re able to benefit from more metaphorical eggs in their baskets.

The next crop of fintech game changers

Siddharth Jain, a marketing professional, tells YourStory he took to online trading after his company — a Bengaluru-based firm — announced pay cuts. He had been saving up to take his family on a trip to visit his paternal grandparents in Belgium after his grandmother fell seriously sick last year.

“We thought it was the end of the road for her, and we really wanted to visit her. But in 2020, my brother had to undergo an extensive surgery which drained us financially, so the saving was important,” he says.

Following the salary cut, Siddharth started picking up odd freelance jobs online, but that still didn’t cut it. A self-proclaimed “stock market noob”, he decided to jump onto the retail investing bandwagon, and try his luck in the public markets. Initially, everything went smoothly.

“I watched hundreds of YouTube videos, followed Reddit and Discord channels, joined groups on Telegram, and they helped me put my money in stocks. I made good returns too,” he recalls.

But then, the stock market turned during the second COVID-19 wave in India, and Siddharth, who was not able to pay as much attention to his trades as he did when he started out in 2020, lost money, a good amount of it.

During one of the many "depression-induced" social media doomscrolling periods that followed the loss of his money, the 26-year-old came across an ad for a unique, India-made app that claimed it could help him monitor his portfolio without having to keep an eye on it extensively.

“I used to invest in stocks going by what was being discussed on the many groups I was part of. I had no idea about the stock market, so obviously I relied on the expertise of other people, but I never stopped to wonder or question what their credentials were,” he says.

“The app I came across on Instagram offered authentic, research-backed curated investment options. After I did a little more research — including reading several YourStory stories — I realised the startup was founded by former investment bankers themselves, and that their team had financial analysts. I realised I was basically getting premium, expert advice on stock investments at extremely and surprisingly affordable prices! I always thought you’d have to shell out at least a lakh for something like this!” he adds.

Siddharth signed up on the app, plugged in his demat account, and started investing more thoughtfully in the markets. The platform not only offered him a lot of guidance and suggestions, but also automated the reshuffling of his portfolio to prevent substantial losses.

For most retail investors, those two problems — the lack of affordable investment advice and research, and automated trading — have always been their biggest. And that has led to a proliferation in the number of startups addressing these issues in recent times.

The fintech ecosystem is finally waking up to the fact that serious retail market participants are willing to pay affordable fees for professional advice and services when it comes to investing, and that, while investment banks cannot justify the cost of providing such services, especially for low-ticket size investments, there is a market for it.

“While markets are mushrooming on one side, we’d be missing the wood for the trees if we fail to spot them deflating on the other, as most traders quit after their first few losses. The power of trading strategies, combined with the right tools to execute them, improves both the trade and the trader,” says Arshad Fahoum, Chief Product Officer at Market Pulse, a trading app that helps investors trade, analyse, and learn.

In fact, trading strategy platforms go a step further than curating stocks and investment instruments, and help retail investors partake in quantitative or algorithmic trading, which is based on simple or complex mathematical models.

“I heard the term ‘algorithmic trading’ six months ago when I signed up with a platform that does those trades on my Zerodha account,” quips Radhika S, a teacher in Pune who started investing in the stock market in 2018, but let her account become inactive after she realised how much work it was to do DIY-trading.

“I couldn’t be bothered with learning how to trade, honestly, because my students are priority. But the (Zerodha) subscription was cheap, and everyone I knew was signing up on it, so I did too. I bought my first few shares — Reliance, TATA, ITC — because I’d heard about these companies and I knew they were big so they wouldn’t fail…but I bought only a couple of scrips, just for fun,” she says, adding she only started looking at stocks as viable investment options when she came across the platform.

And that is the case with most retail investors today — but trading strategy platforms are changing that.

Over the last couple of years, a host of trading strategy platforms have flooded the markets with their offerings, fuelled by the ever-growing interest in retail investing.

Some of these include:

Smallcase: Started in 2015 by IIT Kharagpur alumni Vasanth Kamath, Anugrah Shrivastava, and Rohan Gupta, who spent initial days outside Zerodha’s office initially, ﻿Smallcase﻿ is an online investment platform that allows investors to invest in “themes”. It has been backed by the likes of ﻿Amazon﻿, Sequoia, and Faering Capital, and is one of the fastest-growing platforms helping people invest in a simpler and easier manner.

Stratzy: A platform that uses research and insights to recommend trading strategies to online investors, ﻿Stratzy﻿ positions itself as a no-broker platform where users don’t have to pay hefty management fees or cuts from their profits to an investment manager. It was founded in July 2021 by Mohit Bhandari and Gaurav Sangle.

TradingRooms: A product of ﻿RAIN Technologies﻿, founded by hedge fund manager Harsh Agarwal and Upstox founder Raghu Kumar, TradingRooms is a social investing platform that allows brokers, traders, and trading enthusiasts to create “rooms” that users can subscribe to, set up a trading strategy, and engage in discussions around trades and other miscellaneous topics.

Tradetron.tech: An algo-trading platform that allows investors to build algo strategies without coding, and other investors to subscribe to them and take trades in their own brokerage accounts automatically.

﻿WealthDesk﻿: A platform that offers curated research-driven ‘WealthBaskets’ comprising stocks and ETFs that offer high returns to investors. WealthDesk partnered with ﻿Paytm Money﻿ last year to provide its offering to the latter’s users.

Other names in the space include AlgoBulls, AlgoNiti, Pickright Technologies, ﻿Wright Research﻿, ﻿Scripbox﻿, and Cube Wealth, among others — all of which help retail investors invest in curated, research-backed stocks, bonds, ETFs, and other financial assets.

“The primary reason why trading strategy platforms are mushrooming in India is that retail investors are scared of not knowing what to do and where to invest and when to enter and exit. They don’t know what trading strategy to follow,” says Archana Elapavuluri, Co-Founder and Chief Executive Officer of ﻿Pickright Technologies﻿, a smart investing platform, adding that has been a big driving force behind the proliferation of such startups, especially in the last year.

Startups such as Stratzy, smallcase, and Market Pulse have seen double-digit growth in not only users over the last year, but also the amount of money invested. Most platforms say they see new users subscribing to their second strategy or executing their second trade using their platform within two to three months of their first execution — a sign that they’re able to trust these platforms and see their portfolio perform more efficiently.

“Trading strategy platforms really are the next layer in retail investing, and there’s going to be a lot more growth there in the coming years,” Raghu Kumar, Founder of TradingRooms, who also founded Upstox, tells YourStory.

With new retail investors entering the investment space every day, and looking for cost-effective solutions that can help them make wiser trading decisions, the trading strategy platforms space is expected to continue seeing heightened momentum. And with each startup trying to outdo the ones that came before it, it’s an interesting space to watch for innovation.